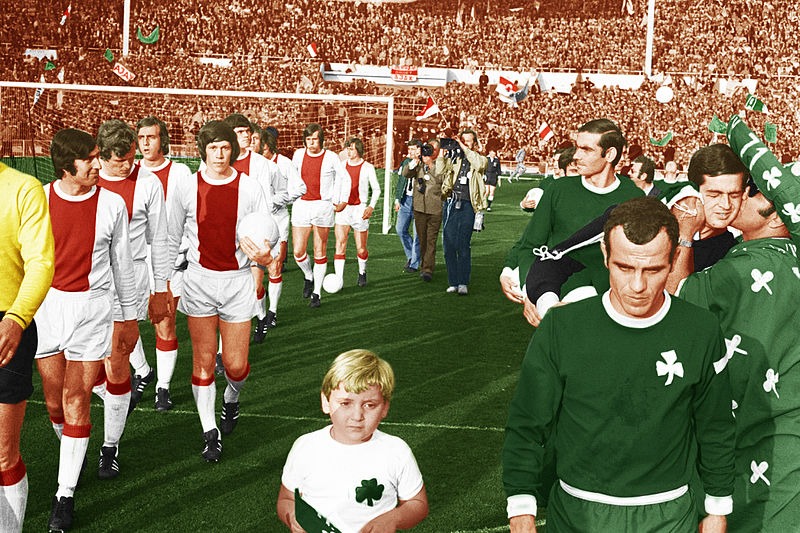 Does Ajax stand a chance in this year’s Champions League?

Twice in the space of two months, Ajax has flipped the footballing universe on its head. Fresh from their heroic display at the Bernabeu last month, the Amsterdam club stormed into the semi-final of the Champions League with a 3-2 aggregate win over Juventus in Turin.

Ajax’s European success in 2019 must go down as one of the greatest stories in the modern history of the Champions League, and this Dutch fairy-tale shows no signs of slowing down. Ajax’s status as one of the most prestigious institutions in the footballing world is unquestioned, but in the big-money era of the modern Champions League, the club of Johan Cruyff has lagged behind opponents from the ‘big five’ European leagues. Until now, that is.

Over the two legs against Juventus, Ajax were by far the better side. In the second leg, the Dutch league-leaders had Italy’s most successful club on the ropes for the entirety of the second half. For such a youthful, and cheaply assembled, team, the class that Ajax have shown throughout their Champions League run has been mind-blowing. Ajax’s young squad has not only proven that they have the ability to go toe-to-toe with the world’s best. De Ligt, De Jong et al. have proven that they can land the knockout blow.

Two decades have elapsed since Ajax last dined at the top table of continental football, the Amsterdam club last won the Champions League in 1995 – beating AC Milan in the final, but they’re back now, and Erik ten Hag’s side mean business. But regardless of whether this Ajax side goes on to replicate the legendary team of 1995, they have already accomplished something unimaginable in the modern era.

Cruyff’s legacy lives on in Amsterdam

They have proven Johan Cruyff right. Cruyff, an Ajax and Barcelona legend, once famously said that ‘de Godenzonen’ should always believe that they are capable of beating the world’s richest clubs, simply because he had never seen a bag of money score a goal. Cruyff’s comment came from his own textbook: his remark was flippant, hopeful and flew in the face of every theme in football over the past three decades.

And yet Cruyff’s legacy lives on in Amsterdam, as it does in Barcelona, and it has inspired a generation of Ajax young hopefuls. Ronaldo, perhaps the most prolific talismanic figure to grace the game, was kept relatively quiet throughout the second leg. He scored a header on 28 minutes, but Ronaldo’s individual brilliance wasn’t enough to edge Juventus over the line. Juventus created relatively few chances over 180 minutes of play, and Ajax made them pay.

Ajax was resplendent during the second half in Turin. Donny van de Beek’s equaliser was far from against the run of play, as Dusan Tadic dominated in the final third for the visitors. Matthijs de Ligt’s headed winning goal was emblematic of everything that Ajax did right on the night against Juventus. The Ajax captain outmuscled two Juventus defenders on the penalty spot, jumped highest and thumped his header home emphatically to send the travelling support into raptures.

Ajax faces Tottenham in the semi-finals of the Champions League

Ajax dominated Juventus. The Italian giants were poor in both legs offensively, rarely troubling the impressive André Onana, who stewarded his defence exceptionally well for a young goalkeeper. Yet the most striking difference between the two sides was during the transition from defence to attack. Ajax was able to move the ball at blistering speed from one end of the field to the other. Each Ajax player knew exactly what to do with the ball as soon as he received it. In the dying embers of the game, David Neres missed a golden opportunity to put the tie to bed – but the clever interchanges in midfield that led to the chance were a joy to behold.

Remarkably, Ajax faces Tottenham in the semi-finals of the Champions League. Neither side would have expected to make it to the final four, but both are entirely deserving of their place on the cusp of glory. Whatever the result between Ajax and Spurs, the Dutch club have proven that money alone isn’t enough to win football matches. To win, you must have an identity. And as Johan Cruyff smiles down on Amsterdam from above, Ajax’s identity remains as strong as ever. 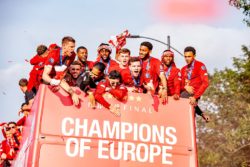