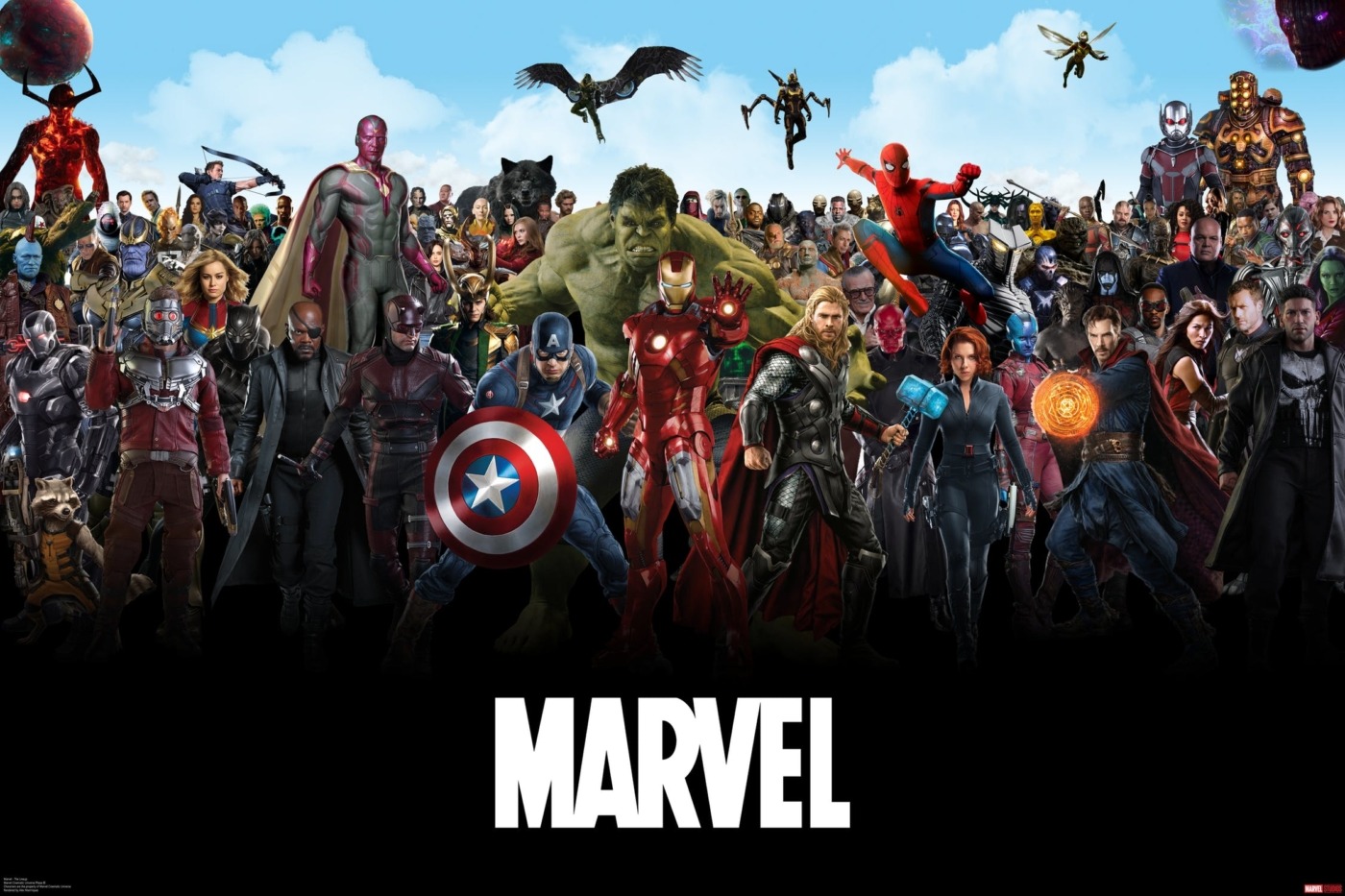 ‘Captain Marvel’, relationship coding, and the specific failure of the MCU

How do you solve a problem like Maria (Rambeau)?

Captain Marvel is the twenty-first film in the Marvel Cinematic Universe, and has been considered by many to be a fantastic addition to the superhero genre, particularly as it’s the first MCU film to be focused on a female protagonist. It’s addressing of feminist topics – such as how women are made to feel restricted so as not to appear a challenge to men, or how women are often labelled overly emotional – are interesting and valiant attempts to explore important issues, and I’m not trying to dispute the film in its contribution to feminist film-making. I personally really enjoyed Captain Marvel, and consider it a positive and empowering movie (whilst acknowledging that I, as a man, don’t really have the right to claim what is or isn’t an empowering feminist movie). However, there is one particular aspect of the film that I do find problematic – the relationship between the titular character Carol Danvers (Brie Larson) and her close ‘friend’ Maria Rambeau (Lashana Lynch). Specifically, how their relationship is written and coded.

In Captain Marvel, Carol Danvers (or Vers, as she is known then) discovers she has a past life on earth, and a past friendship with fellow pilot Maria Rambeau. They went through training together, socialised and flew together, and Carol even spent a lot of time living with and helping to raise Maria’s daughter Monica (note, there is no mention of Monica’s biological father nor a previous relationship between Maria and a man). When Carol reconnects with both mother and daughter, it is revealed that Carol’s possessions – after her presumed death – were sent to Maria, an act that is typically done to an individual’s family or next of kin. It is then Maria who gives Carol the inspirational talk to reinforce her identity and goodness, before the battles and twists of the final Act.

Now, essentially all of what I have just described hints at the romantic nature of the relationship, as opposed to it being merely platonic. This isn’t me simply pulling an LGBT+ relationship out of thin air, rather I am noting the specific tropes and conventions that the film applies to their relationship, and comparing the use of similar tropes elsewhere. For example, a loved one being presumed dead, only to have it be revealed that they survived upon their return to that loved one – that’s a common trope used in films such as Robocop, The Princess Bride, Pearl Harbor, and even other MCU films such as Iron Man or Black Panther. The trope of someone forgetting their identity and later being reminded of that identity by a loved one is also common trope, evident in films such as Oblivion, Eternal Sunshine of the Spotless Mind, Hancock, and both Total Recall films, while the act of two people raising a child together is so automatically coded as romantic, I feel like I don’t even need to list examples for it. So, there are clear romantic tropes present in the Carol/Maria relationship, those that we have seen before and are used to. But the main difference between this pairing and all the other listed ones? Both Carol and Maria are women. In all the other examples, the pairings are between a man and a woman. This is what I referred to earlier when I said I was interested in the ‘coding’ of their relationship. On paper, genders aside, the relationship would appear to be explicitly romantic, but in the film, we are made to believe it is merely a friendship – simply because they are two women. The YouTuber Rowan Ellis, in her video on Captain Marvel and romance coding, makes the comment that, “If one of them [Carol or Maria] was a man, we wouldn’t be having this conversation, it would be automatically taken as fact”.

Unless it is out-rightly stated that characters are not heterosexual, they will automatically be assumed straight until irrefutably proven queer

So, we have a relationship that is coded as a romantic relationship, and because it is between two women it makes it a queer relationship, therefore we have queer representation? But here’s the rub. No matter how many coded relationships are formed, how many head canons are generated or how many close analysis pieces (such as this one) are written, it isn’t any source of actual representation – much less confirmation – of LGBT+ individuals. Unless it is out-rightly stated that characters are not heterosexual, they will automatically be assumed straight until irrefutably proven queer – a result of the hetero-normative society they are written into. So, Captain Marvel, progressive as it is on certain issues, is once again a film with zero LGBT+ representation. Whilst a film having no lesbian characters – nor gay men, bisexuals, or any other form of sexuality other than heterosexual – is not necessarily an immediate negative, the context here is important. The films in the Marvel Cinematic Universe form not only the highest grossing franchise in human history, but also some of the most relevant products of contemporary pop culture. The fact is, Captain Marvel’s addition of zero confirmed-queer characters brings the total number of queer characters in the Marvel Cinematic Universe to (still) zero.

Captain Marvel, progressive as it is on certain issues, is once again a film with zero LGBT+ representation

Over 10 years. 21 Feature films. A total run time of around 45 hours, almost two full days – and still there are no confirmed-queer characters in the entire franchise. However much a relationship is coded, however many fans want to read into the relationship between Steve Rodgers and Bucky Barns, however many pieces of fan art, fan fiction, or lengthy Tumblr rants fans are willing to put the time into making, the result is a lack of certainty as to whether homosexuality even exists in the MCU. I can tell you with complete certainty that talking trees and anthropomorphic ducks are confirmed in this franchise – as well as magic, shrinking technology, sentient planets, and super-serums that can make you survive in ice for 60 years -but not homosexuality. And when the one thing mentioned above that actually exists is the one thing that isn’t represented, that’s a problem.

The interesting thing about LGBT+ representation, the thing that separates it from representation of other marginalised groups – such as women or ethnic minorities – is that a person’s sexuality isn’t immediately evident just by looking at them. If you are writing a gay character, you have to state them as being so, otherwise people will not know for sure, and because of the hetero-normative society we live in, people will assume the character is straight. So, if Marvel wants to add queer characters to their universe, then they have to actually confirm it to an unquestionable degree.

Why Kevin Fiege and rest of the Disney/Marvel executives are yet to explicitly include LGBT+ characters in their movies is a difficult question to answer. There are undoubtedly a range of reasons, the most likely being the reluctance to alienate specific demographics in order to maintain profit. It’s not always unintentional as well. Both Thor Ragnarok and Black Panther both originally contained scenes involving explicit confirmation of queer characters, before those scenes and story arcs were cut. This tells us that removal of the queer aspect of these characters, at least in these cases, was a deliberate choice. Even when they came close enough to write characters as queer (and in the case of Thor Ragnarok, film a scene that confirms the character’s bisexuality), they still did not provide the necessarily-explicit confirmation in the final cut.

The lack of queer representation, particularly in mainstream Hollywood cinema, is a problem that a huge number of studios and franchises are guilty of

This is not a Marvel-only problem. The lack of queer representation, particularly in mainstream Hollywood cinema, is a problem that a huge number of studios and franchises are guilty of. But the cultural relevance and success of Marvel movies makes them a model for the state of LGBT+ representation in contemporary film culture. Despite being coded and hinted at, with content there that audiences can choose to read into if they want to, nothing is explicitly confirmed – and that is a clear and unquestionable fault of the Marvel Cinematic Universe. Kevin Fiege has stated that there are plans to bring gay characters into the franchise soon, but even if that’s the case (and we should be prepared to take it with a pinch of salt), that doesn’t change the fact that, in the first 10 years of the franchise, homosexuality hasn’t existed – and adding them now does not change that. So, whilst I do think it’s good that Marvel are making movies and characters that are strong, positive role models, I think it’s important to still hold them accountable for making these characters occupy a world wherein LGBT+  identity does not explicitly exist.