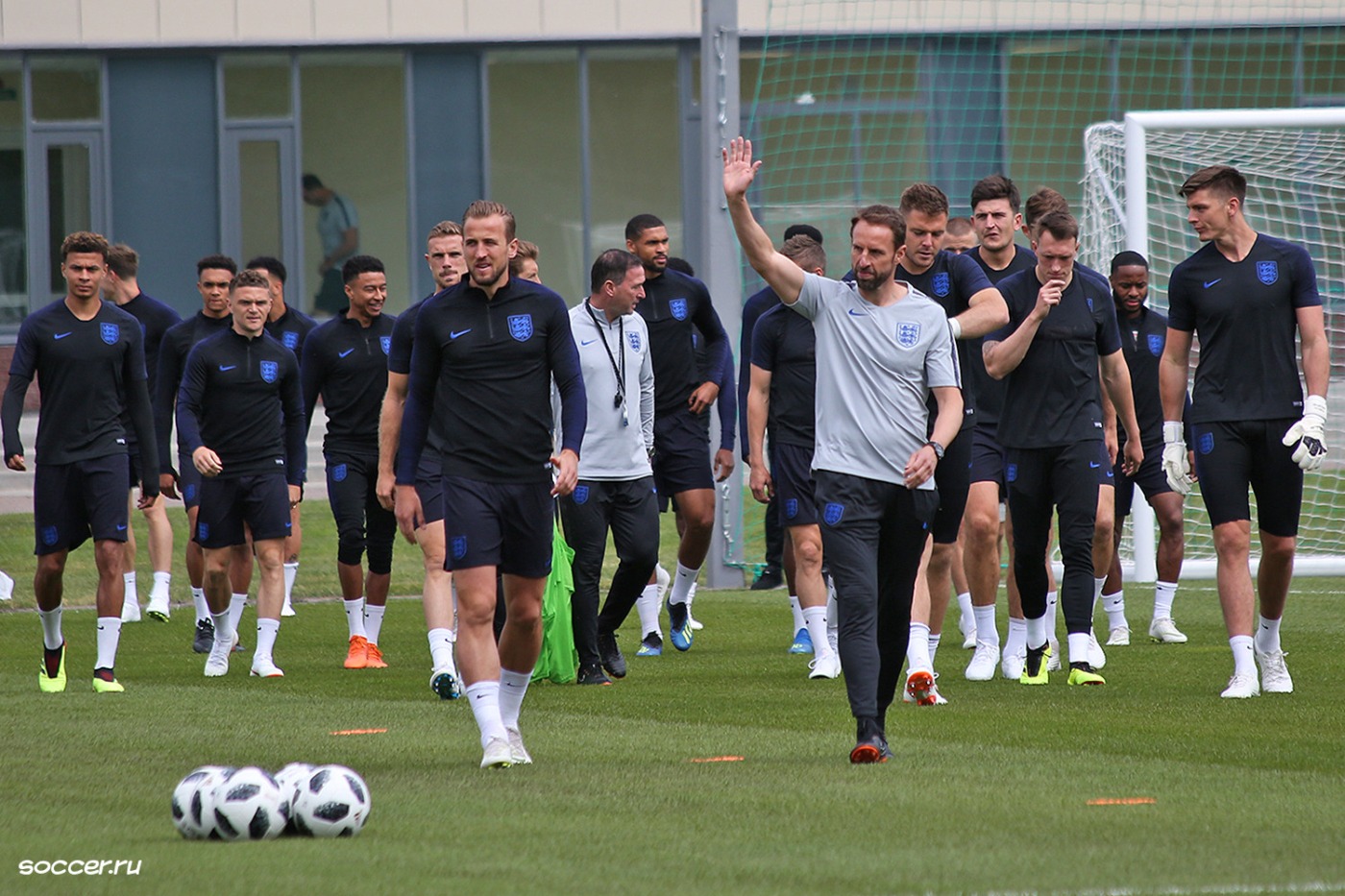 Ever since the ‘Golden Generation’ of the early 2000s failed to capitalise on their promise and potential at the international stage, the England Mens Football team have had a dilemma. For too long, the national team focused around these prophesied stars, without striving to develop further young players to bolster the squad and provide competition to the regular starters. The nadir of England in recent times can be considered to be when these players failed to qualify for Euro 2008; a process usually considered a formality. With Fabio Capello and Roy Hodgson inheriting squads which struggled to balance playing both Lampard and Gerrard, as well as injury and performance issues for prodigal striker Wayne Rooney, England failed to venture past the quarter-final stage. However, we have seen a glimmer of hope under Gareth Southgate’s reign, having narrowly missed out on reaching the final in Moscow at the 2018 FIFA World Cup with one of the youngest squads at the tournament. Having gone from picking the same players from the same top Premier League clubs that created this ‘Golden Generation’, is the English national side still unnecessarily reliant on these clubs to produce talent? Can we rely on England’s current youth policy to further break their tournament curse?

As manager of the U21 side prior to his promotion to the first team, Southgate has never hidden his desire to promote young players from the youth setup straight to the first team. What’s more surprising is the responsibility held by these players, impacting the world stage for club and country. Mercurial striker Harry Kane is captain of the squad, with 125 goals for Tottenham Hotspur in 177 games and is only 25 years old. Raheem Sterling, 24, has fulfilled the initial promise shown at Liverpool; becoming a pivotal forward in the recent Euro 2020 qualifiers. Also from Tottenham, attacking midfielder Dele Alli has scored 42 goals for his club, has over 30 caps for England and is just 22. All these players formed the backbone of the England strike force at the World Cup in Russia, and all of these players progressed through the youth set-up at similar times, from the U17’s through to the first team. Their continued form in European qualifiers and the UEFA Nations League suggests a strong attacking framework for Southgate to build upon.

Given the opponents England faced at the World Cup, it would be premature to suggest that the squad are capable of future tournament success, having avoided typically strong opponents like Germany and Spain.  Yet the success of England’s youth teams offers insight into the potential future England squads, having won the U17, U20 World Cup and the U19 European Championships in 2017. It is the progression of these players into the first team that is causing excitement and debate.

Jadon Sancho made the bold decision to step out of the shadows of the Manchester City youth academy to ply his trade in the Bundesliga. He is not the only player to do so, with Reiss Nelson on loan away from Arsenal and Reece Oxford being away from West Ham. This outflux of young players is no surprise.  According to a CIES report, the percentage of minutes played by English players in the top division has dropped from 45.1% in the 2011/12 season to 35.2% this season, suggesting increasing difficulty for homegrown talent to break into their respective first teams. Although only 19, Sancho has nailed down a first-team place at league leaders Borussia Dortmund making 36 appearances, providing 16 assists this season and earning England caps. It is not just his attacking prowess that led to a start in England’s most recent qualifiers, but the experience he has gained playing weekly in a competitive league, alongside appearances in the Champions League. Southgate acknowledged his jump in development since playing in Germany and moved him into the first team, bypassing any U21 involvement. His performance in the qualifier against the Czech Republic was befitting of a player comfortable in a starting role for England, with an accurate assist for the first goal. It is clear his recent development outside of a Premier League ‘Big Six’ team has proved crucial to his success.

Hudson-Odoi looks a frightening prospect at such a young age

Unlike Sancho, Callum Hudson-Odoi stayed in the Premier League, having had substantial transfer bids from Bayern München knocked back by parent club Chelsea. Hudson-Odoi has struggled for game time at Chelsea, making appearances off the bench or in cup competitions. But having scored or created six goals in eight Europa League matches this season, Hudson-Odoi looks a frightening prospect at such a young age. Due to injuries in the first team squad, he was called up to the England squad having only just been called up for the U21 side, starting the European qualifier away to Montenegro. This put him in the incredulous position of having started for his national side, before making a start in a professional league. Was Gareth Southgate right to call him up for international duty and give him a start or was this a sign of players from ‘Big Six’ Premier League teams receiving undue caps?

As one of England’s brightest future players, it fits into Southgate’s youth-orientated philosophy to involve Hudson-Odoi to build a cohesive atmosphere between the youth teams and the first team setup. However, to start him seems slightly premature, given his lack of experience. If Southgate was looking to blood one of the U21 squad into the side, there were other more equal or deserving options available. Ryan Sessegnon, a converted winger at Fulham, has started most Premier League games this season, having a hand in seven goals. James Maddison has stunned plaudits with his transition from Championship to Premier League football at Leicester City. Often playing as an attacking midfielder, he has experience of playing out wide for Brendan Rodgers’ side and could have replaced Hudson-Odoi in the starting lineup.

Moreover, Southgate did not need to look to the U21 squad to provide cover for those left with an injury; there were players outside the ‘Big Six’ teams who could have slotted into the side. Southampton’s Nathan Redmond is admired by many in the Premier League with consistent performances over the past three seasons. Although his game doesn’t involve many goals, his play is of a high standard. Having progressed through the youth setup was he more deserving of a chance to play for England than a player yet to play for their club? Crystal Palace’s Wilfred Zaha is another winger who entrances Premier League defences on a weekly basis. Southgate’s attempts to dissuade him from switching allegiances to the Ivorian national team two years ago suggests he was unconvinced he would be given a fair chance to represent England.

Although Hudson-Odoi is talented and has all the attributes to make him a star player in future England squads, it seems as though his status as a Chelsea player has propelled him into the first team, ahead of those who hold a merited claim to that place. Overall, are the England hierarchy responsible for ensuring that young players get into squads due to good form against decent opposition, irrespective of their parent club?

Although several U21 players have played significant game time some of the players have not been as fortunate. It is these players that should be feeling more competition in the England setup from young Championship players who have been consistently performing well in a tough league. Che Adams of Birmingham City had a breakout season as centre forward, scoring 21 goals. Hull City’s Jarrod Bowen, who has scored more than 15 goals in the past two seasons as a winger, managed to score in each of his last eight matches. Both were recently eligible to play for the U21 team. Given their form, it seems unfair to see them left out of the picture. The U21 squad has sizeable contingents from three parent clubs (Chelsea, Everton and Leicester), the two latter clubs outside of the so-called ‘Big Six’, suggesting these three clubs solely have successful youth academies producing talented players. There were also three players in the latest U21 squad from the Championship, meaning that there is a pathway for some players to make it from lower leagues. Although the progression of players is not perfect, it does seem as though most are selected fairly.

It should not be considered a coincidence that the upturn in fortune for England has come with a reinvigorated attitude to promoting youth players into the first team ranks. Encouraging academy players to play out from the back, giving football in England an identity for all the age groups to subscribe to, has helped bring cohesion to a group of players historically unable to see past club rivalries. The young squad that Southgate has formed is built to welcome players from the youth setup to build upon the team’s success. Although picking Hudson-Odoi can be considered to be premature and somewhat of an anomaly, it seems there is a mixture of talented players from several clubs. Whether these players can bring home silverware is still a big ask but with the UEFA Nations League finals only a couple of months away, we do not have long to find out if England is finally capable of bringing football home.