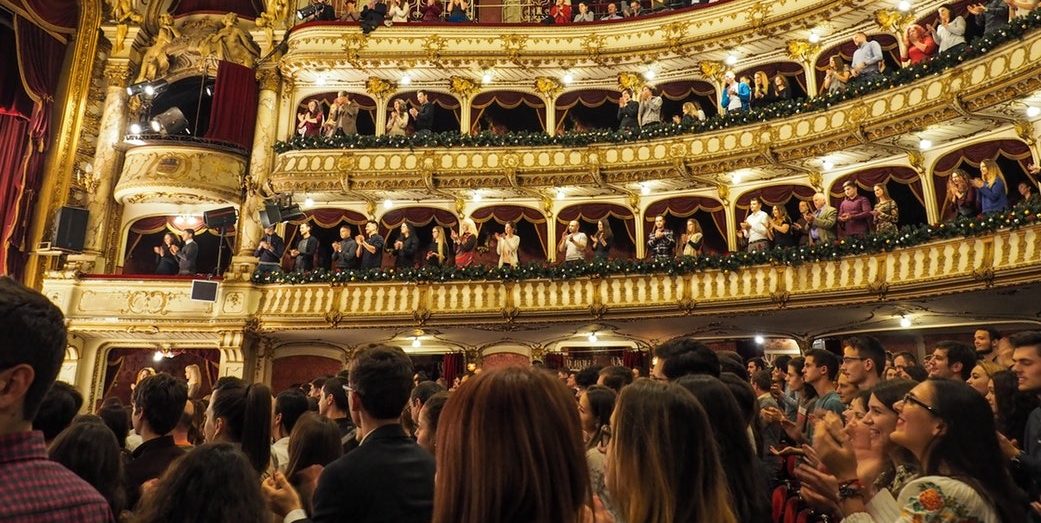 After an exciting season of theatre, the Olivier Awards are coming up to celebrate some of the best performances and writing on the West End.

Leading the nominations is the revival of Company, and new musical Come From Away – each with nine nominations. Marianne Elliot’s take on the Sondheim classic Company has been met with overwhelming praise by critics, with Elliot’s work on the play already winning her the London Evening Standard Theatre Award for Best Director. The original musical was already pushing boundaries of the time by focusing on the more intimate issues that come with marriage and commitment. However the reimagined take, which utilises gender switches to make the main character female and to introduce a gay relationship, gives the material new relevance. Portraying a woman as the one with insecurities about commitment is a refreshing break from the classic musical theatre white wedding ending, that happens all too often. The switch to a female lead also offers a different perspective on relationships– acknowledging that for women who want children, the pressure to commit is heightened by the presence of a biological fertility timer. A modern story about love, marriage and the insecurity it brings has made this revival a sure-fire winner in its category.

A modern story about love, marriage and the insecurity it brings has made this revival a sure-fire winner

Rosalie Craig, who has blown critics away as lead-character Bobbie, seems to be emerging as the highest ranking contender to win Best Actress in a Musical. She has good company in the category, but her trailblazing turn on one of Sondheim’s most popular works puts her strides ahead. Despite the star power of Patti LuPone, her competition for Best Supporting Actress in a Musical could mean she loses out. Her role in Company may falter amongst The Queens from Six, Ruthie Ann Miles’ return to The King and I or even Rachel Tucker’s recent role in Come From Away.

Company has undoubtedly featured high calibre performers in roles that have morphed beyond their original imagining, and it is certainly worthy of awards. However, new contenders are coming up close on the heels of this great production. Come From Away is stacking up against some of the biggest musicals and revivals, despite being one of the newest musicals to hit the West End. It tells the true story of residents in Gander, Canada, when 38 planes were ordered to land there in the immediate aftermath of 9/11. Its strong messages about community and human kindness at a time of political turmoil are attractive themes to an audience – and, indeed, critics – when reflecting upon current political upheaval. With nominations for Best New Musical and Outstanding Achievement in Music, alongside individual nominations for its performers and creative team alike, clearly the short time it has been around has been enough to have caught the attention of London’s theatre elite. This is certainly a show to see if you’re looking for your next West End trip.

Away from the world of musical theatre, The Inheritance is the most highly nominated play, following its transfer from the Young Vic in September of last year. The Inheritance asks the question, ‘how did the AIDS crisis impact the generation of gay men who survived it and, subsequently, the generation that followed?’ There seems to be no doubt that this new piece of writing will be claiming the Best New Play award, following success at the Critics Circle Awards and London Evening Standard Theatre Awards. The Inheritance is a sequential drama, taking place over 6 hours. This format, along with the content, has led to several comparisons to Angels in America – which won the Best Revival award at last year’s Oliviers. Despite having big shoes to fill, The Inheritance has demonstrated that the deep subject matter and strong acting can hold up to these comparisons.

The fresher entrances to the West End seem to have taken over this year, but West End veterans are still undoubtedly making their mark, with some famous faces nominated for their performances over the last year. Ian McKellen and Sophie Okonedo are both nominated for their stints in some of Shakespeare’s epics. McKellen is joined by David Suchet, who has BAFTAS and International Emmys to his name. Hot on the heels of her success in Netflix’s Sex Education and casting in The Crown, Gillian Anderson is nominated for the Best Actress award. With such big talent, it seems hard to see how newer performers will break through, but don’t be surprised if the recipients aren’t the most recognisable faces in the field – Patsy Ferran’s role in Summer and Smoke, and Kyle Soller’s in The Inheritance have both attracted a lot of buzz.

Overall, it seems that this year’s Oliviers will be the battleground for some fierce competition among several outstanding productions, which only goes to show the sheer amount of talent present in modern day theatre.