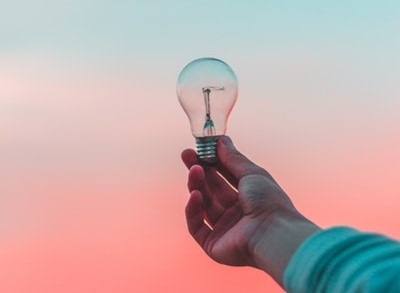 We’ve all had one of those nightmare days where we’ve forgot to charge our laptop or phone overnight.  The hope of being productive at the start of the day has long gone. God forbid, you may even have to make conversation on the bus to campus.  Luckily, significant developments in the field of energy harvesting could make forgetting to charge your appliances an increasingly non-existent problem.  Researchers from the Massachusetts Institute of Technology (MIT) have created a thin, flexible sheet of composite material, which is able to charge electronic devices by continuously harvesting small amounts of energy from its surroundings.

Many people have been working hard to solve the energy crisis by recycling a useful proportion of waste energy into something which can generate new power.  Many techniques involve piezoelectric material, such that when pressure is applied a flow of electric charge is generated. This technique has been used on club dance floors and roads or pavements, where there is a large footfall or weight to generate electricity.  The issue for many of these products is that they have struggled to remain cost-effective and hence commercially viable.

Luckily, significant developments in the field of energy harvesting could make forgetting to charge your appliances an increasingly non-existent problem

Another method is through a rectifying antenna, known as a rectenna: the charging device created by the researchers at MIT works using these principles.  This type of antenna converts electromagnetic energy into a direct current (DC). A Radio Frequency diode converts the alternating current (AC) induced by the antenna into DC electricity. However, many traditional rectennas have been heavy and brittle, making them unsuitable for being used at home or in a workplace environment.

Where the work from the researchers at MIT differs is that this material is flexible and easy to construct in large quantities, making it is easier to integrate into a wide range of products.  They connected a flexible WiFi-band antenna to a layer of semiconductor made from Molybdenum Disulphide (MoS2), only three atoms thick.  The antenna picks up the electromagnetic radiation from WiFi up to a frequency of 10 GHz through which the AC current is induced and then converted into DC current in the MoS2 layer.  This allows this thin sheet of material to harvest small amounts of energy from WiFi signals all without being powered by a battery or other source of external bias.  Currently, the device has an efficiency of around 30%, such that for WiFi signals of around 150 microwatts it produces a power of about 40 microwatts.

This seems like an insignificant amount of power considering an Apple MacBook is charged at 61 Watts.  However, if this device were to be made to cover desk surfaces all day, a significant amount of energy could be accumulated such that it could recharge laptops when placed on the material.  What other uses could this rectenna have? In an interview with the Guardian, an author of the research Tomás Palacios outlined its importance for powering different sensors “for environmental monitoring or chemical and biological sensing, which operate at the single microwatt level.” For devices which need more power, it seems logical to charge batteries throughout the day to be used in such technology when required. Moreover, there are also large steps being made in the medical sciences.  A piezoelectric film is now being developed for energy harvesting purposes, utilising the beat of the heart to keep equipment such as a pacemaker permanently running.

So, whether such an energy harvesting device is being used to keep you informed the morning after your night out, or keeping your heart beating regularly, we are likely to see many more appliances adopting this latest technological advance. 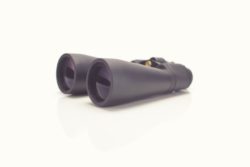 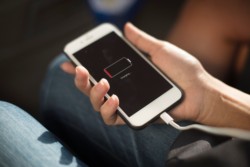 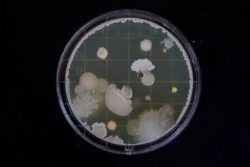 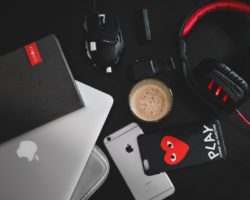