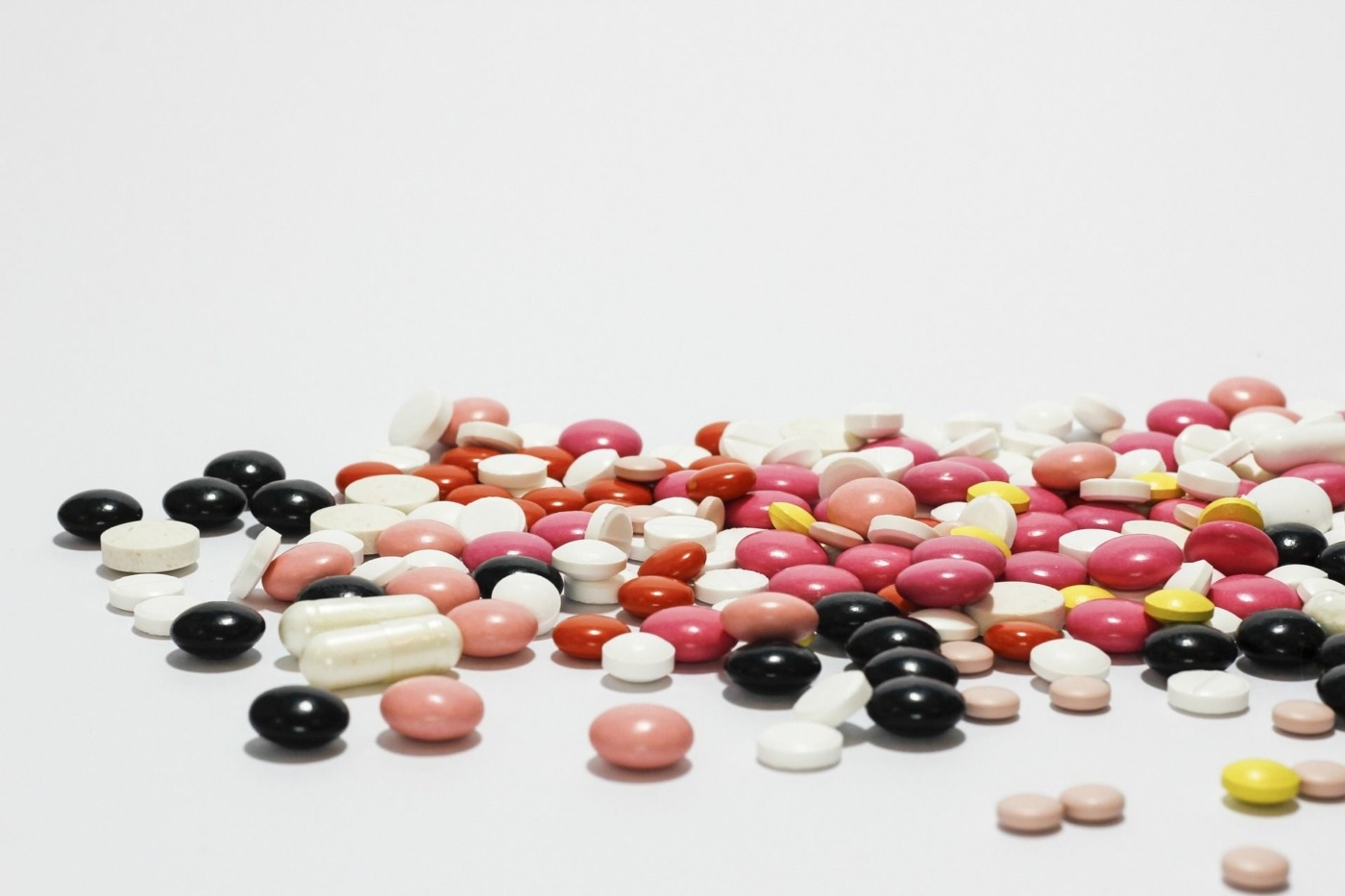 Study drugs, scientifically known as nootropics, are substances which improve cognitive function, in particular executive functions like concentration, memory, and motivation, and are used for the purpose of studying or cramming. These drugs are often the same ones used in medicine to treat sleep disorders, Attention Deficit Disorder (ADD) and Attention Deficit Hyperactivity Disorder (ADHD) which affect attention span, self-discipline, impulse control, and, in the case of ADHD, hyperactivity. Therefore, the use of these substances by healthy individuals sparks controversy and raises issues on the ethic and fairness of their use – as well as concerns over their adverse effects.

In the UK, typical study drugs like Ritalin, Adderall, Concerta, and Focalin cannot be purchased legally over the counter in a pharmacy. The Psychoactive Substances Act of 2016 introduced regulation of all psychoactive substances, which includes study drugs – meaning these substances could no longer be purchased without a prescription. But, in recent years the number of cheap online pharmacies has grown exponentially, selling these cognitive enhancers, or nootropics, in bulk. The international sales of nootropic substances and supplements exceeded $1 billion in 2015.

Despite their illegal status, it is estimated that in 2016 alone, around 10-15% student worldwide used study drugs, with the percentage in the UK specifically reaching as high as 37% at some universities. What’s shocking is that it isn’t just students using these substances, as a poll among the readers of the scientific journal Nature, mostly comprised of academics, revealed that approximately 20% reported having taken a pharmaceutical “cognitive enhancing drug” to stimulate focus, memory, or concentration.

In recent years the number of cheap online pharmacies has grown exponentially, selling these cognitive enhancers, or nootropics, in bulk

Prescription stimulants, or study drugs, can be separated into two classes: amphetamines, (such as Adderall, Dexedrine, and Vyvase) and methylphenidates (such as Ritalin, Concerta, and Modafinil). Both of these classes of substances work in a very similar manner. Amphetamines and methylphenidates work by indirectly activating a dopamine receptor and an adrenoreceptor in the prefrontal cortex of the brain. Essentially, these drugs increase the concentration of dopamine in the brain, and prolong dopamine receptor signalling. High concentrations of dopamine are associated with reward, alertness, and feelings of wellbeing. It has been reported that low use of amphetamine substances can improve memory consolidation, leading to improved ability to recall information. There is also evidence to suggest that these stimulants also improve task saliency (i.e. the motivation to perform a specific task) and increase arousal (i.e. how awake you feel) – the ability of the drugs to improve performance on boring and difficult tasks is one of the main motivations for students using these drugs in preparation for or during exams.

One of the most popularly used study drugs, Modafinil (also known as Provigil), is actually a prescribed drug for sufferers of narcolepsy, a sleep disorder. A 2015 research review by neuroscientists at the University of Oxford revealed that Modafinil’s neuro-enhancing effects were varied: the longer and more complex a task was, the more consistently the drug improved cognitive function, specifically focus and concentration. Neuroscientists concluded that Modafinil is only effective for very specific tasks, and made no difference to working memory. Adderall, which is not licensed for prescription in the UK, is a popular study drug used in the US. Users of the drug describe how they had an irresistible urge to focus 40 minutes after taking a pill, often for 10 to 12 consecutive hours, without stopping to eat or drink. However, as reported, increased focus is not always useful. Some of the users say they felt compelled to work at whatever was in front of them while the drug was taking effect: “Instead of sitting down working, you might find yourself intent on rearranging your sock drawer.”

As with all drugs, taking nootropics comes with risks – particularly when healthy people take doses outside of the prescription range. Modafinil commonly causes headaches and nausea in healthy people, and could potentially lead to insomnia, anxiety, hypertension, heart palpitations, decreased appetite, and weight loss. PET scans of the brains of healthy individuals with long-term use of Modafinil reveal the same areas of brain involvement as in individuals with substance-abuse issues. Furthermore, the drug’s effect on sleep is very serious – long-term use alters the sleep cycle to such a large extent, that users have similar brainwave patterns during sleep to those of cocaine addicts. Professor Tim Hales, head of neuroscience at the University of Dundee, shared his concern around study drugs, stating that: “We just don’t know what the long-term consequences of their use are because most of our knowledge of their effects is in people with particular problems – ADHD or sleep disorders – and not in healthy people with normal cognitive abilities. We don’t yet understand how ‘study drugs’ interact with, for example, depression medication, alcohol or recreational drugs.”

As with all drugs, taking nootropics comes with risks – particularly when healthy people take doses outside of the prescription range

Larisa Maier, a research associate at the University of Zurich, called for more education about the risks associated with the use of nootropic substances. She also went on to explain that the number of students using the drugs could increase due to their increased availability both on university campuses and online. There are also dangers associated with purchasing these drugs from online pharmacies, as there are no regulations to ensure the drugs are sold in the right doses, or the drugs are actually what they claim to be – let alone whether they are being sold to those without a prescription. Furthermore, a student from UCL spoke to The Guardian and said: “I obtained the drugs from a friend who wanted Ritalin to use as a smart drug. She memorises the symptoms of attention deficit hyperactivity disorder and convinced a GP to prescribe it.”

What about legal drugs? Well, scientifically speaking, caffeine is a stimulant of the methylaxanthine class. To some, caffeine is considered to be a study drug, and is completely legal in the UK. At normal consumed doses, caffeine can have variable effects on cognition, but it has been proven to improve reaction time, concentration, motor coordination, and wakefulness. While the concentration of caffeine at which these effects can be seen varies from person to person depending on body size and tolerance, the desired effects usually arise within an hour of consumption. It’s not just coffee, tea and energy drinks that students use to get their caffeine boost, as caffeine pills are readily available online and in high street pharmacies. But caffeine also comes with its own side effects. Caffeine can delay or prevent sleep, which could lead to more serious sleep problems in the long-term, and may eventually cause headaches, muscle tremor, fatigue, nausea, low blood pressure, irregular heart rate, as well as seizures and delirium.

Many experts claim that the use of these drugs is unnecessary, and that students should, instead, adopt a better lifestyle which can contribute to having better focus and work drive. Exercising has been proven to give people an energy boost, and thus it is recommended to have a quick workout before a study session to optimise focus. There are also a large number of foods which contain nootropic compounds, colloquially referred to as ‘brain foods’, which include berries, nuts, dark chocolate and fish. These can help achieve better concentration and memory retention. It is also noted that an adequate amount of sleep, alongside exercise and a healthy diet, can ensure that the brain is in the best state to tackle an intellectually-intensive workload. 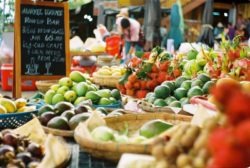