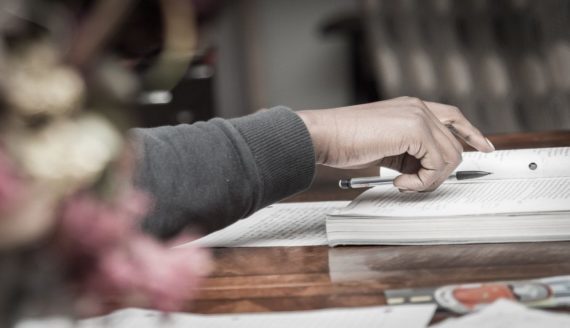 The Home Office has recently been accused of failing to take action regarding alleged cheating in English-language tests.

This accusation comes a year after an investigation that argued the system itself was flawed.

Both MPs and campaigners have stated that students are continuing to live in “terror” after being wrongly accused during what some call Theresa May’s “hostile crackdown” in 2014.

Those who were accused are said to be in the tens of thousands, with up to 35,000 people now unable to clear their names due to alleged Home Office failures.

The Test of English for International Communication – a system contracted by the Home Office – was first investigated five years ago when a BBC investigation claimed that systematic cheating was taking place.

The Educational Testing Services found that 33,725 results were “invalid”, while 22,694 were “questionable”.

Yet, both the test and automated system – entities which determine whether a potential student understood English well enough to qualify for a student visa – were found to be flawed as they suggested that the overall allegations were false.

However, by then, the Home Office had cancelled or refused visas to 35,870 foreign students who had completed the test.

The department has also been criticised for declining to provide information concerning the number of students who have been deported or refused permission to stay in the United Kingdom.

Now MPs are set to take action themselves, amid new evidence that some students continue to be detained or are currently living in poverty.

In the past week, Labour MP Stephen Timms told The Times: “Students living all over the UK have been victims of this scandal and have been left in a dire situation as a result.

“With growing concern across parliament about this shocking episode – and about the extreme hardship being faced by completely innocent students affected – we are establishing an all-party parliamentary group to investigate more fully what happened, with its first meeting next month.”

He has also called for ministers to permit students to sit a completely new test, with visas granted to those who pass. Timms hopes that students affected by this situation have the chance to clear their names.

Nazek Ramadan, director of Migrant Voice, applauded the measure for “exposing the Home Office’s mishandling of the scandal”.

He told The Independent: “It is appalling that the Home Office is continuing to detain international students as recently as Wednesday, they need to stop this now”.

The Home Office has continued to refuse any comment on whether students could re-sit such tests.

A spokesperson stated that: “The investigations in 2014 into the abuse of English language testing revealed systemic cheating which was indicative of significant organised fraud. The scale of this is shown by the fact that over 20 people who facilitated this fraud have received criminal convictions, with prison sentences totalling 68 years.”