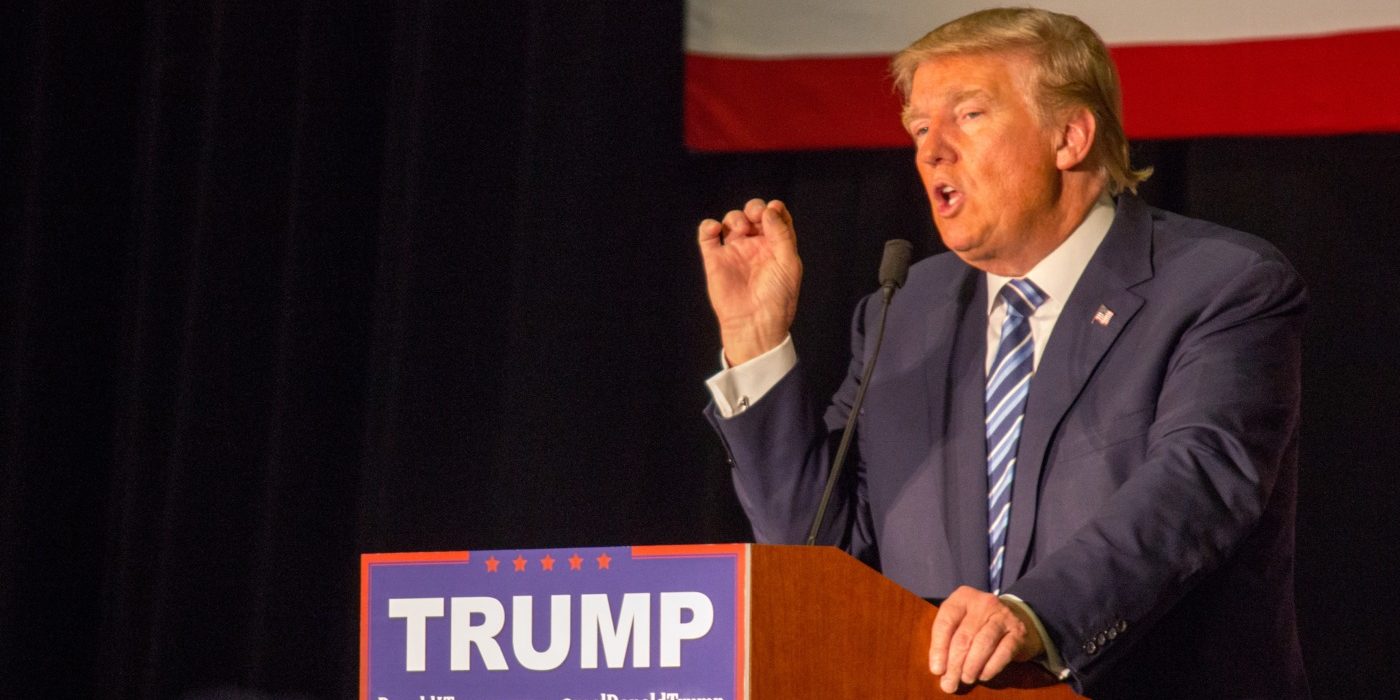 President of the United States Donald Trump has recently signed an executive order on free speech, after it was suggested that the rights of speakers on campuses have been stifled by student protestors.

The order, signed on 21 March, links free speech at colleges to federal grants, with aims to combat the silencing of conservative students’ views. President Trump declared defamation laws “a sham”, and hopes this order will imply retaliatory action if free speech is curtailed.

Free speech is guaranteed by the US Constitution’s First Amendment, but enforcement of the order will be left to agencies that award grants.

“The goal of the order is to promote free speech more broadly across college campuses,” a senior US administration official clarified.

Trump initially proposed the idea during a speech on 2 March to conservative activists, during which Trump highlighted the case of activist Hayden Williams, who was attacked at the University of California-Berkeley while recruiting students for a conservative society. He invoked the case again the day the order was signed.

President Trump said: “Even as universities have received billions and billions of dollars from taxpayers, many have become increasingly hostile to free speech and to the first amendment.”

He continued: “These universities have tried to restrict free thought, impose total conformity and shut down the voices of great young Americans.”

Colleges will now have to certify whether they are caring for the free speech rights of students, promoting free inquiry, alongside following regulations supporting such speech.

By fulfilling these, campuses will receive funds from 12 federal agencies, including up to $30 billion (£23 billion) for research alone.

Even as universities have received billions and billions of dollars from taxpayers, many have become increasingly hostile to free speech and to the first amendment

The order was supported by conservative groups such as Turning Point USA. In his speech, Trump specifically thanked the group’s founder, Charlie Kirk, who responded on Twitter, calling the order “historic” and adding that while harassment by campus faculty is not uncommon, “it ends today”.

However, the American Association of State Colleges and Universities (AASCU) disputed President Trump’s order, stating that schools are already dedicated to expression and that it does not add to the “pre-existing obligations under the Constitution”.

The association followed up by saying such initiatives should be addressed through Congress and not a “unliteral order from the White House”. Similarly, the American Council on Education, which represents over 1,700 college presidents, called the order “a solution in search of a problem”.

Lamar Alexander, a Republican Senator and chair of the Senate Health, Education, Labor and Pensions Committee, expressed his support for free speech but raised concerns about the president’s approach.

“I don’t want to see Congress or the president or the department of anything creating speech codes to define what you can say on campus,” Mr Alexander said. “The US constitution guarantees free speech. Federal courts define and enforce it. The Department of Justice can weigh in.”

Hundreds of US university students and staff quarantined for measles

Increasing calls to ensure mental health of staff at US universities