There is an old quote that comes from the late, great Christopher Hitchens that asserts: “If someone tell me I’ve hurt their feelings, I say, ‘I’m still waiting to hear what your point is’”. This simple passage summarises much of the contentious relationship there is between the artist, the radical freethinker and the satirist, versus the contrasting tyranny of both the state and the mob, regardless of whether that tyranny manifests itself within the hearts of the religious or the secular. Just as Elspeth Walker’s article centres on the concept that “Freedom of expression in art does not excuse offending religion,” I will focus my reply on the tyranny of the religious who, as history shows us, often have a rather irritating predisposition to encourage censorship when an artist offends their sensibilities.

Think of Marilyn Manson, whose music was purported to have influenced the Columbine massacre – an unfounded postulation based on the inaccurate proposition that the loathsome killers (whose names I won’t bother to write here) were fans of Manson’s music. Which they weren’t, in case I wasn’t clear. Yet that did not stop members of the predominantly Christian group Citizens for Peace and Respect from protesting a scheduled Marilyn Manson performance at the Mile High Stadium in Denver, Colorado, based solely on their offense at what they perceived to be his promotion of “hate, violence, death, suicide, drug use, and the attitudes and actions of the Columbine High School killers”.

Or what about the attempted prosecution of satirist William Hone for publishing, amongst other things, a parody of the Athanasian Creed, based on the belief that the publications were a harmful to public morals, and brought the prayer book and even religion itself into contempt? It is a relief to contemporary satirists that Hone’s victorious court battle against attempted government censorship marked a turning point in the historic campaign for British press freedom. This is a victory that, perhaps unwillingly, Walker undermines by prioritising the subjective outrage and offence of the religious over the freedom of the artist to engage in provocative and, at times, mocking behaviour.

Of course, every once in a while a small minority acting on behalf of their interpretation of religion will go beyond mob tactics and collusion with corrupt governments in order to satisfy their offence. It has only been four years since the Charlie Hebdo shooting – a massacre that left 12 people dead for the supposed crime of depicting Mohammad. Curiously enough, Bill Donohue, the President of the US Catholic League, seemed at the time to espouse a far cruder version of the above statement by Walker, namely that “freedom of expression in art does not excuse offending religion”. Donohue’s exact words were that Charb “didn’t understand the role he played in his tragic death… had he not been so narcissistic, he may still be alive”. I would like to return to one argument in particular that Walker raised in her article: “when taking an image directly from religion, the artist must take into account the ramifications of the art”. This is an ideological position that, when taken to its logical extreme, is far more hideous than any religious caricature or “blasphemous and highly offensive” piece of art, to use Walker’s own words.

Walker undermines by prioritising the subjective outrage and offence of the religious over the freedom of the artist to engage in provocative and, at times, mocking behaviour

Obviously, Walker does not endorse violence towards those whose artwork may cause offence. I’m not trying to suggest that. I’m simply trying to reveal the logical extreme of prioritising subjective offence, no matter how painful, over the liberty of the artist to engage in a little sacrilegious behaviour, every once in a while. Walker even attempts to take what appears to be a sort of semi-sincere middle ground, admitting it is impossible to determine an audience’s reaction towards art due to its “subjective nature”. Yet, still she ploughs on with her assertion that freedom of speech does not excuse “deliberately offensive motives” despite her later admission of the innate subjectivity of art. All of this, strangely, stems from her outrage over a piece by Jani Leinonen called “McJesus” featuring Ronald McDonald on the cross as opposed to the messiah. Personally, I think this sounds like a rather amusing piece. Of course, Walker is entitled to feel differently. Isn’t that the beauty of free speech and free expression? Fundamentally, Walker seems to take umbrage over an action that has been perceived by some to be “offending the religion itself”.

I’m afraid to say, it’s impossible to offend a “religion”. A religion is an idea. A worldview. A belief. A philosophy. It is impossible to offend a philosophy. The closest you can come to is offending some of the adherents of a particular philosophy, adherents that we would call the religious. I would bet that for every Christian who took offence at Leinonen’s work, there is at least one more who would be none too pleased with the attempts of a hypersensitive student rushing to defend them from being offended. The Christians I have befriended and been taught by in my life are made of sterner stuff than Walker seems to believe. 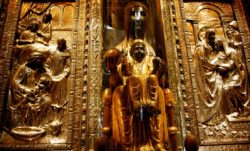 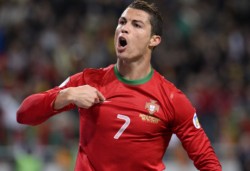