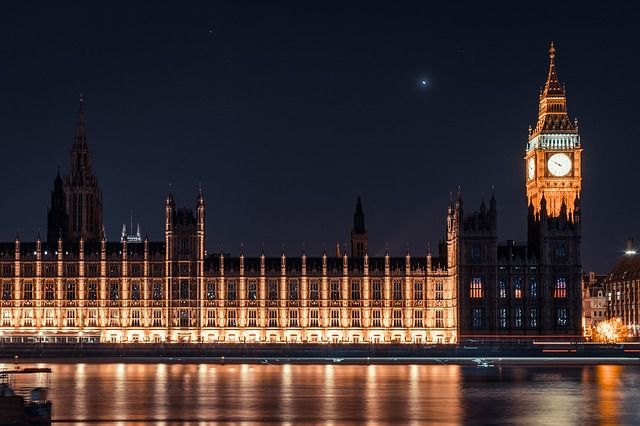 The spectacle of political TV has gone too far

When the last season of the political satire VEEP aired, actress Julia Louis-Dreyfus told Stephen Colbert on The Late Show: “I have Republicans and Democrats come up to me and say ‘you are getting them good’”. Concerning the public perception of political impartiality, there is a general understanding that if both sides accuse a show of being biased, the likelihood is that it probably falls somewhere in the middle ground.

The debate over political bias in the BBC holds a similarly divided opinion in the UK. The nation’s public broadcaster has long fielded complaints from both sides of the spectrum. Both right-wing and left-wing bias, pro-Remainer and pro-Brexiteer accusations abound. Diane Abbott’s appearance on BBC’s Question Time is the latest example; where a viral tweet documented negative treatment from the panellists and audience. The tweet documented Abbott was interrupted twice as often as her peers.

I was in the audience of Question Time tonight – didn’t feel like a balanced audience, though the Leavers were loud. The jeers against Diane Abbott were worse than could be heard on the broadcast; was some humour at Diane’s expense from BBC staff before the recording.

“It was clear that a hostile atmosphere was whipped up, propped up by reports of inappropriate and sexist commentary in the audience warm-up session” a spokesperson for the Hackney North MP and Shadow Home Secretary said: “The BBC should be ashamed that their programming is complicit in such behaviour.”

Accusations of racism and sexism from the BBC was supported by several members of the audience. Sources reported in the Guardian and Independent said members of the audience jeered at the MP and made innuendos of her relationship with Labour Party leader Jeremy Corbyn. The BBC has subsequently taken to Twitter to refute the allegations, but conceded that they could have explained the situation better. Despite the pledge of impartiality in its editorial guidelines, the furore surrounding Diane Abbott signals increasing mistrust of the corporation.

Yet there are very few figures in politics who have managed to stir up such passionate opinions as Diane Abbott. Whilst some suggest this attention comes from racists and misogynists, critics point to a perceived lack of political acumen. Despite the fact that her voting record consistently lies amongst traditional labour policies (e.g. in favour of raises in welfare benefits and against military interventions in Iraq), she is often derided, even amongst her own party, as the poster girl for what is termed the “Cult of Corbyn”.

However, type her name into Google, and it should not surprise you that “Diane Abbott Memes” is the first search term offered. Whatever metric you decide to rate Abbott’s political competency, it appears her “meme-ability” generates far more headlines. So, more concerning than anecdotal accounts of bias, I would argue the BBC’s biggest problem is its tendency to promote personality over policy.

In this country, politics seems to occupy an uneasy ground between seriousness and spectacle. Brexit has undoubtedly fuelled this politics of spectacle – where charlatans like Boris Johnson and Nigel Farage dominate media airtime. Tuning into PMQs on BBC News, the weekly whooping and hollering in the House of Commons comes across more like kids in a playground than informed political discussion. All too often, policy is relegated to the background whilst jibes about character take centre stage.

The BBC is emblematic of this political spectacle. It often feels stranded in that uncertain territory between public service and public entertainment. Take for example the ongoing Twitter feud between breakfast news hosts Dan Walker and Piers Morgan. Despite BBC Breakfast holding a 40% share of the audience rating in 2018, Morgan points out ratings have consistently declined since 2016. Perhaps aware of an appetite for news entertainment, BBC bigwigs seem inclined to ramp up the melodrama in Question Time – their flagship political show.

Politics should not be required to be entertaining

The issue with attempting to conflate politics with entertainment is simple. Politics should not be required to be entertaining. I am old enough to remember a time when news was considered boring. From Labour MP Lloyd Russel-Moyle grabbing the parliamentary mace, to Ben Bradshaw throwing out copies of the Brexit white paper like confetti, parliament is becoming increasingly besieged by farce. Yet by putting the spotlight on these events, more pressing political affairs are often obscured.

It is hardly surprising these events are focused upon when social media has become the driving force of political information. Data from Ofcom reports that TV is the most-used platform for consumption of news by adults in the UK (79%), followed by the internet (64%). Social media is the most popular online use, consumed by 44% of UK adults. Despite many benefits, the short attention-grabbing rhetoric dominating the character-limited platforms hardly needs underlining. Accessibility comes at a cost. There must be a clear border between politics and entertainment, and the BBC should be held accountable as the impartial bastion of politics it alleges to be.

The state of contemporary politics and entertainment is perhaps reflective of larger societal trends. Yet Diane Abbott’s accusation that Question Time has denigrated into a “political version of Jeremy Kyle” provides food for thought. Whilst the jury remains out on the bias of the BBC, the latest social media storm suggests this political dystopia could become reality. 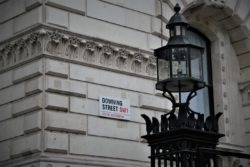