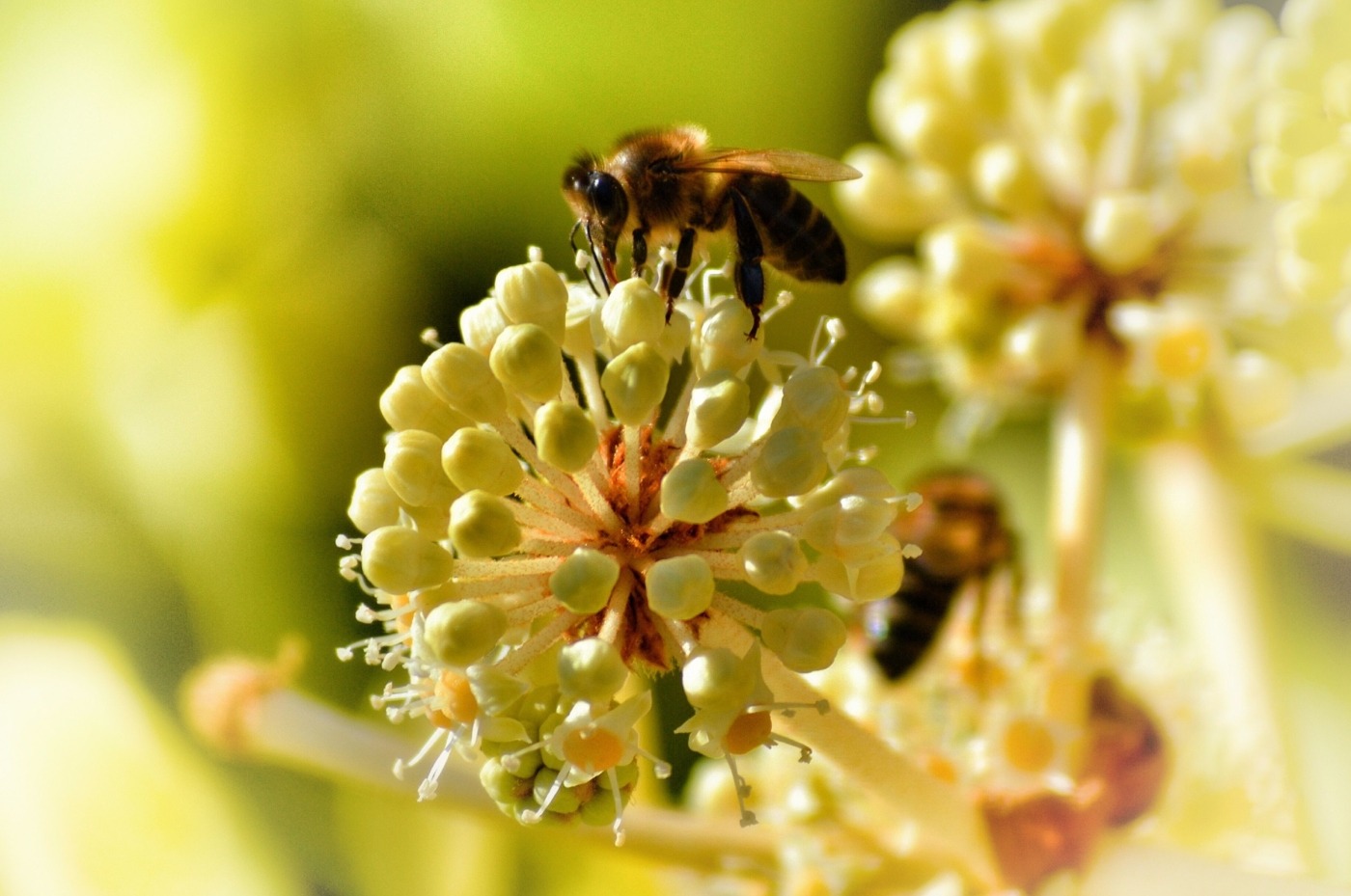 Not only do honeybees pollinate our plants, but a recent study showed that they can learn to add and subtract. Despite their tiny brains containing less than one million neurons, our honeybees are surprisingly clever.

The study led by researchers at RMIT University in Melbourne shows that honeybees can perform and understand complex problems, such as the concept of zero. Bees were taught to recognise colours representing addition and subtraction, and then used this information to solve maths problems.

In the study, researchers released 14 bees into a simple, Y-shaped maze with two exits. First, they were shown a picture of various coloured shapes. The bees flew through, then were presented with two further, different shapes, each connected to one of the two exits.

Despite their tiny brains containing less than one million neurones, our honeybees are surprisingly clever

If the shape was yellow, it meant ‘subtract one’ and if it was blue it meant ‘add one’. Therefore, if the first shape showed three yellow shapes, the bees would be rewarded for flying to two yellow shapes at the second exit. If the first shapes were three blue shapes, the bees would be rewarded at the exit with four blue shapes.

If the bees chose the correct choice, they received a reward of sugary water, with an incorrect answer resulting in quinine solution, an unpleasant taste to bees.

Co-author of the research Dr Adrian Dyer said: “It is very hard to train a bee to understand a plus or minus sign because that is an abstract symbol, so we use colour because they learn colour very quickly.”

If the bees chose the correct choice, they received a reward of sugary water, with an incorrect answer resulting in quinine solution

The study took place over a course of 100 trials. Researchers said that bees made random choices at the beginning of the experiment, but within seven hours they could work out that blue meant ‘plus one’ and yellow ‘minus one’. Bees chose the correct option between 64 and 72% of the time.

Dyer said: “Their brain can manage a long-term rule and applying that to a mathematical problem to come up with a correct answer. That is a different type of number processing to spontaneous quantity judgements.”

Addition and subtraction require processing at two levels: firstly, the comprehension of the value of numerical attributes and then mentally working out the sum.

Researchers said that bees made random choices at the beginning of the experiment, but within seven hours they could work out that blue meant ‘plus one’ and yellow ‘minus one’

This study demonstrates how humans are not the only animals who can manage calculations and also that language is not necessary for learning how to manipulate numbers. Scientists believe these results could have wider implications on how we understand the way other animals behave and hope to gain a greater understanding of the relationship between brain size and power.

Dyer explained: “Our findings suggest that advanced numerical cognition may be found much more widely in nature among non-human animals than previously suspected.

“If maths doesn’t require a massive brain, there might also be new ways for us to incorporate interactions of both long-term rules and working memory into designs to improve rapid AI [artificial intelligence] learning of new problems.”

The findings will not only benefit our understanding of animal behaviours, but also computer behaviours as it demonstrates how learning symbolic arithmetic operators to enable this simple maths is possible with a miniature brain.

Professor of neuroethology at the University of Sussex Paul Graham is sceptical about the research, claiming it isn’t clear whether bees had a concept of numbers, let alone mathematical operations as the experiment doesn’t rule out other explanations of this behaviour. He said: “In reality, you don’t really know what the animal has done, because you are not investigating how it is doing it.”

Dyer recognised the alternative explanation of making associations and solving conundrums, instead of acquiring numerical skills. He said: “It might be they don’t actually use this is any natural context. They just had a brain which is plastic enough to learn our problem.”

“Honeybees have been around a long time and they are very good at surviving in different environments and coming up with novel solutions, and maybe that has just led to a brain that can learn this task if they need to.”