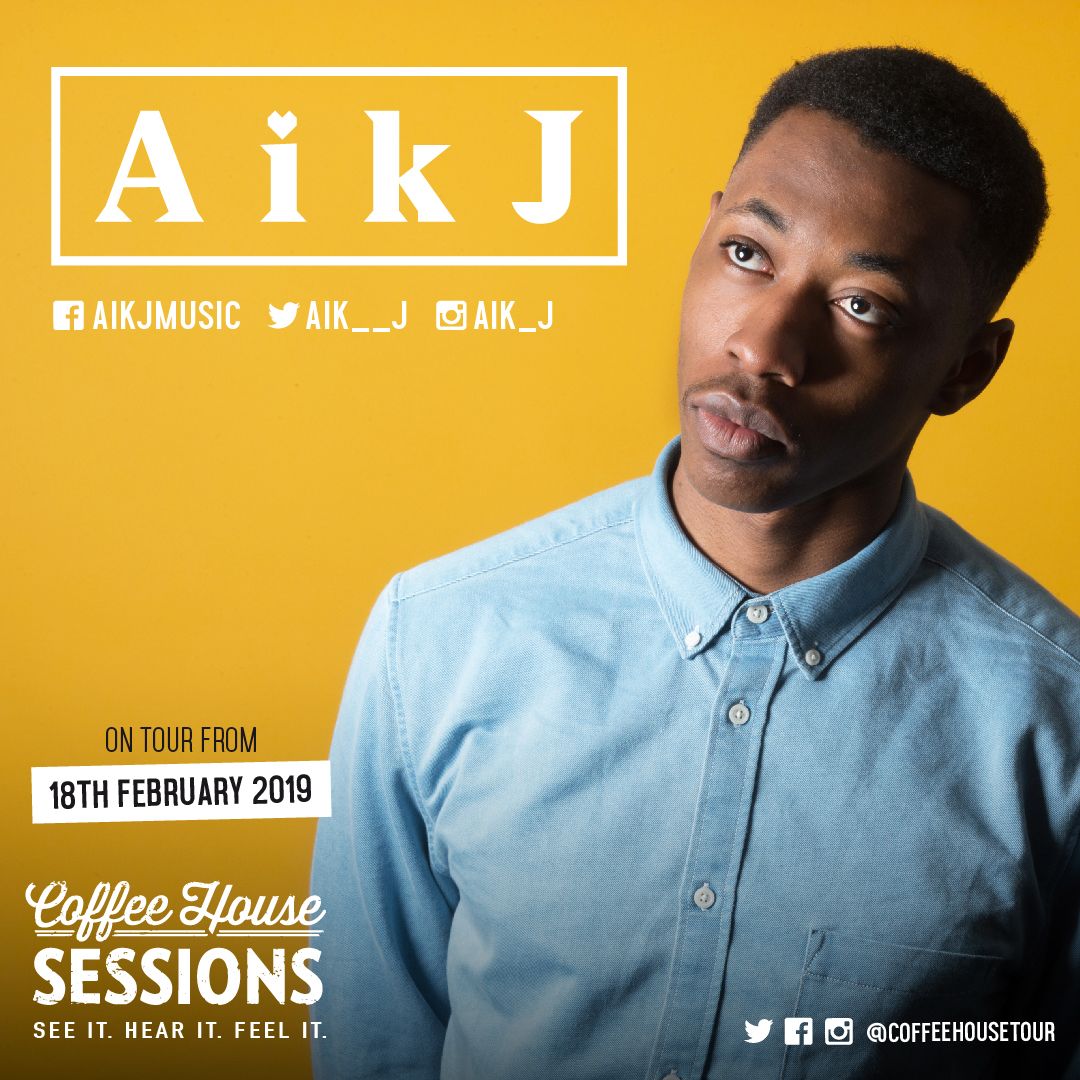 The following is an interview conducted with Dublin based R&B and Soul artist AikJ after his performance at Curiositea as part of Coffee House Sessions on Thursday 21st February.

Evan: For our readers who perhaps don’t know your music, could you describe it for us in five (ish) words?

AikJ: Well as far as like local acts it would just be people who are well known who would be an influence generally in Ireland like U2 so nothing much there. As far as general influences though it would go from like Labrinth to Chris Brown to Justin Timberlake to The Weeknd. But I wouldn’t really call them influences really, its just when I decided to do music, I sort of compiled them altogether – but yeah, it’s mostly R&B. When I was younger, I used to listen to a lot of Missy Elliott as well as a lot of Usher and Michael Jackson and when the 2000s came in it was all Ne-Yo and Chris Brown. But then I always go back to people like Pharrell. Listening to him a lot you can see how he’s totally different, he doesn’t sing like anybody, you can’t really place him, he could go from doing ‘Happy’ to a song like ‘Big Booty Bitches’ if you know what I mean (laughter). It’s really all over the place.

Evan: If you could collaborate with anyone, artist, producer etc who would it be and why? Who would you most like to learn off of?

AikJ: The producer I would most like to work with is Timbaland. I think he’s the best producer in the world, nobody can make a beat like him, and you can really see the influence he’s had even though people don’t like to admit it. The stuff he’s done from Missy Elliott to shaping Justin Timberlake’s career, I think he’s the best – I don’t think there’s anyone like him.

Evan: Going into the three main songs you have out right now, there’s a lot of variety. Starting with ‘Suite Life’, you hear these different instrumental paths firing off one way and the other with different vocal layers doing a similar thing, going down into the lower octaves almost becoming reminiscent of something by Funkadelic whilst having this modern beat and production behind it. What was your aim in writing and producing this track?

AikJ: Yeah, I would say I wanted to bring out a kind of Pharrell vibe from that. I mean when I wrote the hook for that, it was back when I used to work at H&M in the delivery team so when I was clearing things off the floor and I would just write songs if I could for a bit of fun. See the deep voice in that, that’s not an effect or anything that’s my actual voice, I just decided to write a song that I could take the piss with and make fun, it wasn’t to be too serious or anything like that, I just wanted to get that real funk vibe out of it.

Evan: Well going from that into something like ‘Heights’ later on it’s quite a shift. You’re displaced into a much more sombre, naked and honest tone. Can you tell us more about the seemingly quite personal message that lies behind the song?

AikJ: (pause) In hindsight, it came from my last year of uni, I was involved with someone at the time and it was kind of like she was caught up in the past but trying to bring that into the present. It was her sort of not knowing where she stands whilst still trying to expect a lot from the present. I was like I don’t really wanna give it all to you if you’re just going to keep comparing me to the other fella you know what I mean. I don’t like to say too much about why I wrote it though because its also different when other people hear it. But still, you get that message in the video. What I did there was instead of actually pushing myself away, thinking I could solve the problem, to solve the problem I had to go and actually kill the guy, so once I get rid of him, she can focus on the present.

Evan: ‘Hidden Agenda’, again a very personal sounding song, but it seems a departure from the other two songs again with the use of a drum machine beat, drawing on some hip hop elements. It almost seems as if you draw a box with each single and then you try to move outside that box into a new soundscape with the next, is this something you feel that you are striving to do?

AikJ: Well each song has a different story and if I just spill out a load of trap songs, you’re ignoring the story as all you’re hearing is a lot of trap songs. You’re not really hearing the personality of the song. Its also boring to be doing the same thing all the time, for example if I did every song to sound like ‘Suite Life’ I’d be rubbish. Anybody who listens to all three songs will find their favourite which is grand because it means there isn’t just one demographic listening to your stuff. I guess that’s more what it’s about, I don’t do it consciously by saying “oh I want to go into pop and do this” or “I want to go into R&B and do this”. I just treat each song differently and so it should sound different. It’s a single so its not supposed to not sound like your last. You see it sometimes where people are trying to recreate what they did before, and that never works.

Evan: Is it still right that you’ve got an EP coming out in August and new material off that dropping even sooner? Can you give us any vague details of what you’ve been trying to achieve with this and where you would like to take your sound next?

AikJ: Yeah, I have ‘Break It Off’, the new one I did today coming out on the 15th of March and hopefully I’m going to put out the whole EP on the 9th of August. So what I wanted to do here was to give each song its own light. There’s going to be three songs on the EP and what that’s going to do is sort act as a trailer to the album – so three songs that all have different vibes but once you listen to them together you can hear the cohesiveness of it, and that’s what I wanted to achieve, you can see the thread running through that shows how you’ve grown as an artist without the songs seeming all over the place.

Evan: So would you say there’s a theme or a style to the songs that you put out?

AikJ: I don’t know to be honest, I mean it’s a way to prepare you for a new sound that might come out after, so if I do something totally different after these three songs, its going to be like “what the hell, where’d that come from”, but if I sort of prepare you for what the next stuff is going to be like it’s going to ease your mind into it. So that’s what I think this EP is going to do, its going to give different sounds to each one because if I just go and focus on one sound, you’re already familiar with it, so that’s the kind the approach with this one. As far as topic, I don’t know really, some of them are relationship based but a song like ‘Suite Life’ wasn’t really for a relationship, that was just to create a mood or positive vibe. I don’t want to be the guy that speaks about girls all the time, there could be any topic in there.

Evan: As a last quick question, who have you been listening to recently? If we were to go into your iPod who would we find?

AikJ: I listen to a lot of Wretch 32, he’s my favourite UK rapper in the UK. I haven’t listened to much of Labrinth as he hasn’t really released much stuff lately but there’s also a little bit of Miguel. Disclosure, I also listen to them as well as this group called this group called Dhey – they’re lit. Oh and Masego, you might not have heard of him, he’s another really great artist you should go and listen to. Also Rick Ross, I love Rick Ross, because like he makes being fat such a cool thing (laughter), the way he raps makes you feel like you’re in the biggest hotel sipping chardonnay or something, he just creates that kind of vibe and I like that. 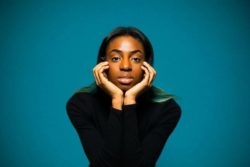