Another flat-out victory for Warwick Tennis at Varsity

It has been another successful year for the University of Warwick Tennis Club, topped off by yet another clean sweep at Varsity as the club won all twelve matches against Coventry this Saturday.

Women’s Captain Alice Lovatt told The Boar, “We’ve had the most incredible season as a team, remaining undefeated against some tough competition, so to come out and maintain this run with yet another really crucial and dominant victory is proof that all of our hard work is paying off.”

Despite a handful of three-set matches and a few nail-biting tiebreaks, the overall result never looked in doubt

The men’s team also had a massively successful day out, winning all of their doubles and singles fixtures. Despite a handful of three-set matches and a few nail-biting tiebreaks, the overall result never looked in doubt as the players’ (self-endorsed) nicknames proved worthy. Imran ‘the wall’ Mooray, Martin ‘the veteran’ Slater, Lewis ‘the hard-hitter’ Hunnisett and Captain Andy ‘the leftie’ Berry all won their matches in front of an excitable crowd.

it was clear Warwick was in the driving seat

The mood was high on the balcony at Westwood’s Tennis Centre and although none of the supporters appeared to be quite sure of the exact scores throughout the day, it was clear Warwick was in the driving seat early on. As a spectator, men’s Vice Captain David Miladinovic stated that “This was the last Varsity for many of our exec, and it was great to go out on such a high. It was good to finish strong, beating Coventry again.”

Lovatt said that “The atmosphere was really emphatic from having the whole club turn out to support too – Varsity is the perfect testament to how well your team and club can pull together to win in really intense circumstances.” 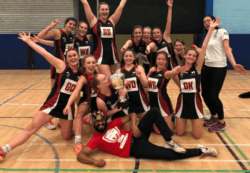 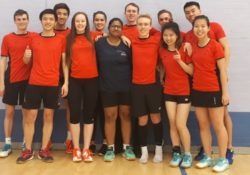 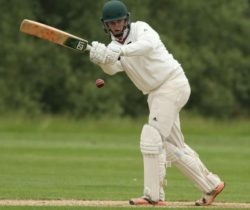