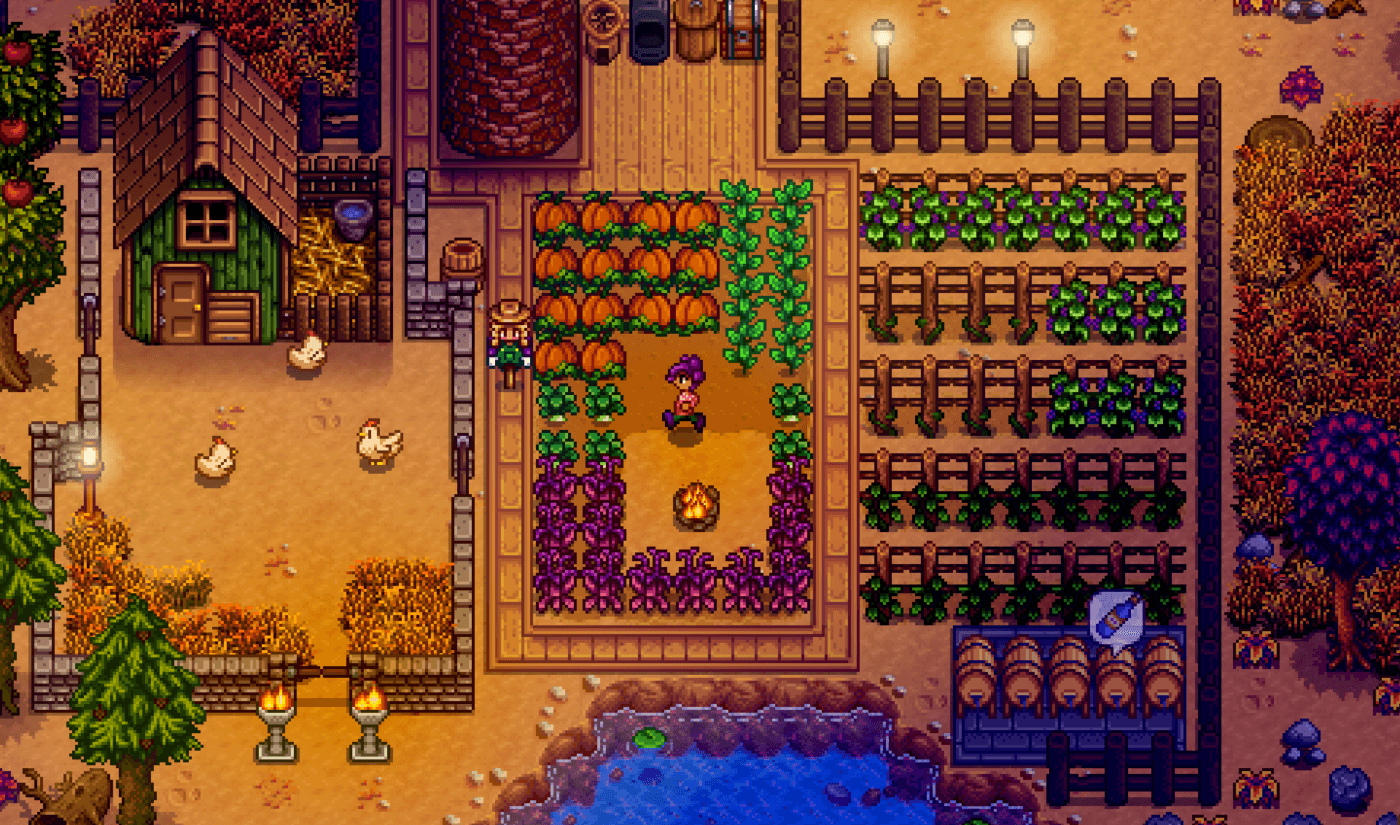 A nostalgic walk down Stardew Valley

The release of farming simulator Stardew Valley on iOS last October has been greeted with much excitement, earning $1m in its first three weeks, as Sensor Tower reports. The 8-bit game, first released in 2016 on Switch and PC, has successfully captured the hearts of casual gamers looking for a laid-back escapade: it is rated 4.3 out of five stars on the App Store.

Although I am by no means someone who is acquainted to gaming, as a child I used to spend days planting crops and feeding cattle in Harvest Moon. The experience at the time was limited to a sense of satisfaction when collecting crops and expanding my living quarters, and relishing in the colourful graphics of my farmland. I have largely forgotten how much I enjoyed Harvest Moon until I downloaded Stardew Valley.
Playing Stardew Valley immediately takes me back to the days when everything was simpler – when grades did not matter, job-seeking was not a concern, and my main worry was simply whether I would be able to convince my parents to take me to the mall on the weekend. I found solace in reminiscence. Besides its nostalgic value, the simplicity of the game is also one to be commended upon. Without any goals to adhere to, players are given free reign over how they want to play the game. It was soothing to allow myself to focus on simply watering my crops rather than dreading about my essays.

Stardew Valley is a game for this age of immediacy

However, Stardew Valley is not merely what is seems to be on the surface. The App Store editors’ interview with its founder, Eric Barone, reveals that Stardew Valley’s storyline is deeply ironic. As an employee of Joja Corporation (whose logo eerily resembles Amazon’s), the player finds themselves burnt out from office work and decides to move to their deceased grandfather’s farm in Stardew Valley. Joja Corporation’s presence is not limited to the player’s backstory, though, with a JojaMart in the town centre, selling products at a consistently higher price than the independent shop nearby. Joja is a clear representation of crony capitalism, but Barone notes that the player’s actions are not fully blameless either, as you ‘own a for-profit farm, become enormously wealthy as a result, and pay no taxes whatsoever’.

Part mindfulness exercise, part social commentary, Stardew Valley is a game for this age of immediacy. It reminds us of the meaning of patient cultivation, especially since higher earning crops generally take longer to grow, of simpler ways of life, and the importance of ‘conscientious capitalism’, as Barone notes. The aim of the game is not simply to earn as much money as you can (although players can definitely choose to do so), but to discover the lives of those around us and create and maintain strong relationships.

The Witcher 3: Wild Hunt – Games of the Decade