The blanket fort, erected by students from the University on 20 June 2018, was 432.16m². The previous record for World’s Largest Blanket Fort, according to Guinness World Records, was 306.9m², achieved by the North London Collegiate School on 27 June 2015.

The event took place on the field outside the Oculus, where event goers could also listen to music, experience fairground rides and visit food and drink stalls.

Whilst acting as a Guinness World Record attempt, the blanket fort was also in aid of supporting the student-founded charity Leamington Winter Support (LWS). If students wanted to enter the blanket fort last summer, they were first encouraged to make a small donation to LWS, and all blankets were afterwards donated to LWS and other homeless shelters in the Warwickshire area.

The goal of the event was to raise over £10,000 to give to LWS in contribution to their building renovation and relocation costs, as their current landlord is appealing to convert the building into student flats.

The students’ blanket fort size target was originally 500m². According to the Facebook event, 319 people attended the world record attempt. There were officially 64 volunteers creating the actual blanket fort, with a further 83 people helping to raise funds for the Night Shelter.

Chair of the project Emma Clifford told BBC Coventry and Warwickshire last April that the idea of building a blanket fort at the University of Warwick was inspired by an episode of Community.

Prior to the event, it was at one point feared that the team would be unable to proceed with their attempt, having been let down by their chartered surveyor, who was needed in order to certify the record.

However, director and chartered surveyor at Leamignton’s ehB Reeves Scott Blake verified the floor area of the fort in the end, after hearing that the team had been let down.

“The organisers needed someone to help out at the last minute and I was more than happy to step in and do my bit,” said Scott.

“The LWS Shelter does a fantastic job of proving food, shelter and company to homeless and vulnerable people so was a very worthy cause to support.”

The University of Warwick shared congratulations to the student-led charity team on Twitter on Friday, with the caption “Here’s some great news to welcome in the New Year”.

The blanket form team were also helped by a range of societies, including Warwick Surf, Warwick Mixed Hockey Club and Warwick Snow, who each donated £1,169, £1,033 and £426 respectively.

You can watch a time lapse video of the achievement here. 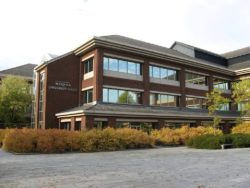