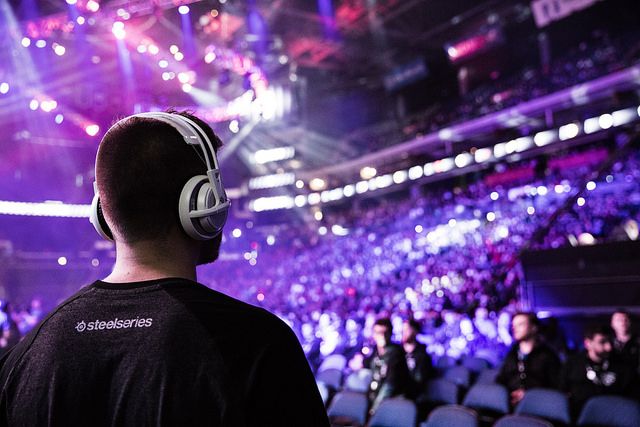 Most people of my generation have grown up with video games. Whether you procrastinated with FIFA, Call of Duty, or Mario Kart, our generation was the first to have gaming as a cornerstone of our childhoods. Gaming is a time-consuming hobby, as I’m sure your parents would vociferously yell at you if you had spent too much time with a controller in your hand. After all, how useful is your sharpshooting, or avoidance of blue shells to finish first, going to benefit you in the future? Unfortunately for the parents of the world, dedicating one’s life to eSports is significantly more lucrative than they would believe.

eSports has a longer history than one might expect. The earliest competitive gaming event is thought to be the “intergalactic Spacewar Olympics” hosted by 1972 in Stanford University, and tournaments and conventions quietly grew as the nascent video game industry continued growing throughout the last century. The omnipresence of the internet, including development of sites like YouTube and Twitch, has kickstarted the exponential growth of the international eSports tournaments we now recognise. Professional eSports isn’t just a hypothetical scenario, it’s a reality.

The value of eSports market is now widely estimated to be around $1 billion.

The value of eSports market is now widely estimated to be around $1 billion. Venturing into eSports circles was a surreal experience for someone used to watching conventional sports. On esports.com, the main headlines included “eUnited bench Relyks, Ace now a free agent” which looked eerily similar to the British tabloid gossip I’m used to seeing about the Premier League. And that isn’t the only parallel towards modern sports.

Players are scouted for professional teams, where they can offer salaries with perks like health insurance and housing, where they train in expensive facilities with their teammates daily. For the most successful players, performance-based bonuses and prize money turn a modest baseline salary into millions of dollars that are comparable to the average Premier League footballer.

Early mornings and long days are a fixture of the professional gamer’s schedule, beginning with calisthenics and other exercises.

To compete in professional tournaments requires the same dedication we’d expect from professional athletes. Early mornings and long days are a fixture of the professional gamer’s schedule, beginning with calisthenics and other exercises. The bulk of the day is playing the one game that someone has chosen to do professionally as practice, typically playing for 7-8 hours. Tactical analysis, physio and psychotherapy sessions are interspersed throughout practice to complete a 12 to 14-hour long day. This is all in preparation for matchday, where they’ll play in front of thousands of spectators that cheer and chant like any other sporting crowd.

Gaming companies have begun to embrace eSports with significant investment. Blizzard opened the Overwatch League last year, set up as a professional Overwatch league built on an American league model. Currently, twenty franchised teams from major cities around the world are split into two regional divisions and play games during a regular season. Teams with the best standing then compete for the main prize in post-season playoffs for a seven-figure cash prize.

It would seem eSports is on the cusp of mainstream recognition as a sport.

This league has attracted owners such as New York Mets owner Jeff Wilpon, and Comcast to set up the New York and Philadelphia franchise, respectively. But, most significantly, Blizzard’s eSports chair is former NFL Network CEO Steve Bornstein,  who couldn’t resist the potential of eSports,  saying:  “the only thing I saw that had the potential to be as big was the esports space”. Is there any better way to make a statement of intent?

The rapid boom in popularity has even begun its envelopment into the most prestigious of sporting events. The Olympic Council of Asia (OCA) confirmed in 2017 that competitive gaming would be a medal sport 2022 Chinese Asian Games, whilst rumours continue to circulate about its impending involvement in future Olympics. It would seem eSports is on the cusp of mainstream recognition as a sport.

Many would scoff at the concept of eSports being classified as a sport. But one shouldn’t be quick to discount the possibility, and not just because defining what a sport  is inevitably leads to logical incoherencies. What eSports lack in physical strain or dexterity is made up in cognitive aptitude and mental endurance, as players make moves and strategic decisions every second under the watchful eye of thousands of fans. 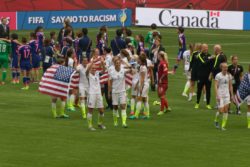