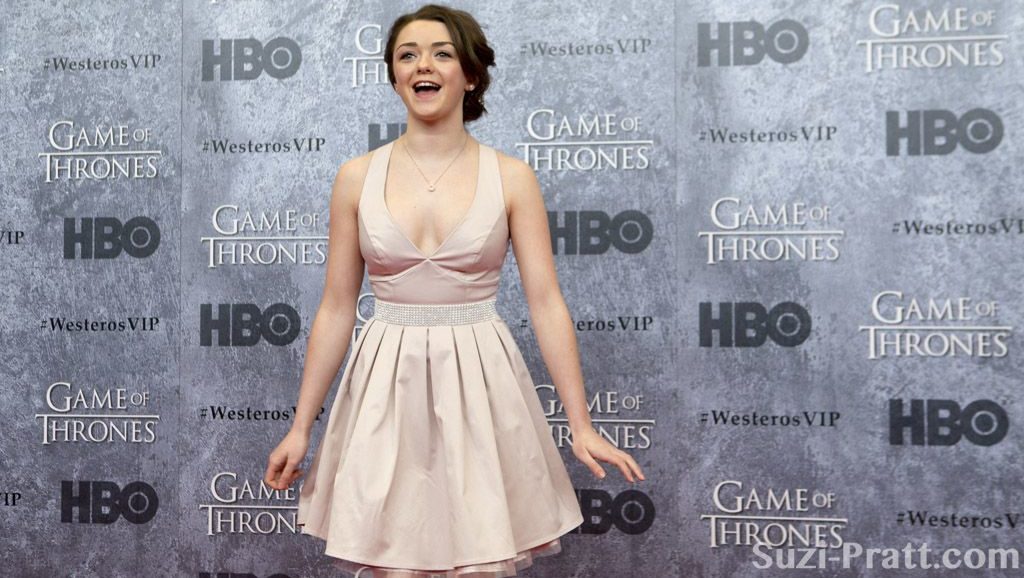 As an arts student, planning a career is undoubtedly challenging. Whilst all your STEM friends probably have hundreds of LinkedIn connections, a fantastic spring week on their CV, and an incredible job lined up for after university, the world of arts careers is significantly harder to break into.

The saying goes that to succeed in the arts, “it’s not about what you know, but who you know”. This isn’t particularly optimistic for anyone who wants a career in the arts but has no pre-existing contacts.

Luckily, this is something that might soon change. Game of Thrones actress Maisie Williams recently visited the University to talk to students about her new app, Daisie, as well as to give some insight into her career.

The saying goes that to succeed in the arts, “it’s not about what you know, but who you know”

The idea for the app was first conceived when Maisie and a friend were searching for people to work on a project with them. They complained that they didn’t just want to work with the same people every time, on every project, and wanted to find new people who could bring a fresh perspective. “They must be out there,” says Williams, “we just didn’t know how to find them”.

Daisie, as Williams says, is all about collaboration. The app allows you to find other people working on creative projects that you can get involved in. You can either upload your own project and invite people to get involved, or search for projects that are looking for someone with your speciality – whether that is acting, screenwriting, drawing, or anything else. “It’s like a really big Match.com,” Williams says.

Once projects are underway the app allows you to have different folders within it to share inspiration and ideas for things like costumes or filming locations, through a Google Drive-like function. Completed with a scrolling chat, the app allows you to carry out everything you would need to do at every step of a project, from finding other people to work with, right down to sharing notes on final touch-ups.

Completed with a scrolling chat, the app allows you to carry out everything you would need to do at every step of a project

The app itself was inspired by Williams’ feeling that her own entrée into the world of acting was entirely based on luck. After being offered a place at a stage school but being forced to turn it down because of unaffordable fees, she took part in a talent show, where she was subsequently asked to join an acting agency.

I found Williams’ personal experiences and attitude to be extremely stress-relieving. When asked what she has planned for after Game of Thrones, she says: “I don’t know what I want to do next, and actually, I’m quite enjoying just having pink hair and not acting right now”.

I think that this is an attitude that would be beneficial for a few more of us to adopt at university. When surrounded by STEM students who constantly seem to be planning every step of their careers, it is easy to become overwhelmed by pressure to start building up your CV for a corporate job, especially when you factor in just how difficult it is to find a career in the arts. But university is, fundamentally, supposed to be a place for us to explore and learn.

I don’t know what I want to do next, and actually, I’m quite enjoying just having pink hair and not acting right now

I think Daisie could be of great help in this. Even within a university, it is common to end up working with the same people on projects all the time, just because of the limited number of people in our social circles – whether that be in societies or seminar groups. Across the courses and extra-curriculars at this University there are thousands of people with various talents, and working together in wider circles through an app like Daisie could really help Warwick students to be at the forefront of new ideas and projects.

Of course, it’s easy to see just how useful this initiative will be further afield. Maisie stresses that Daisie isn’t about connecting with people who already have major success in their fields, but about finding other people who haven’t yet ‘made it’, and helping them grow together. The app isn’t supposed to concentrate first and foremost on improving employer prospects. Rather, it encourages us all to share ideas, produce new and interesting work and inspire others. That sounds rather refreshing (and far more exciting than CV writing) to me.