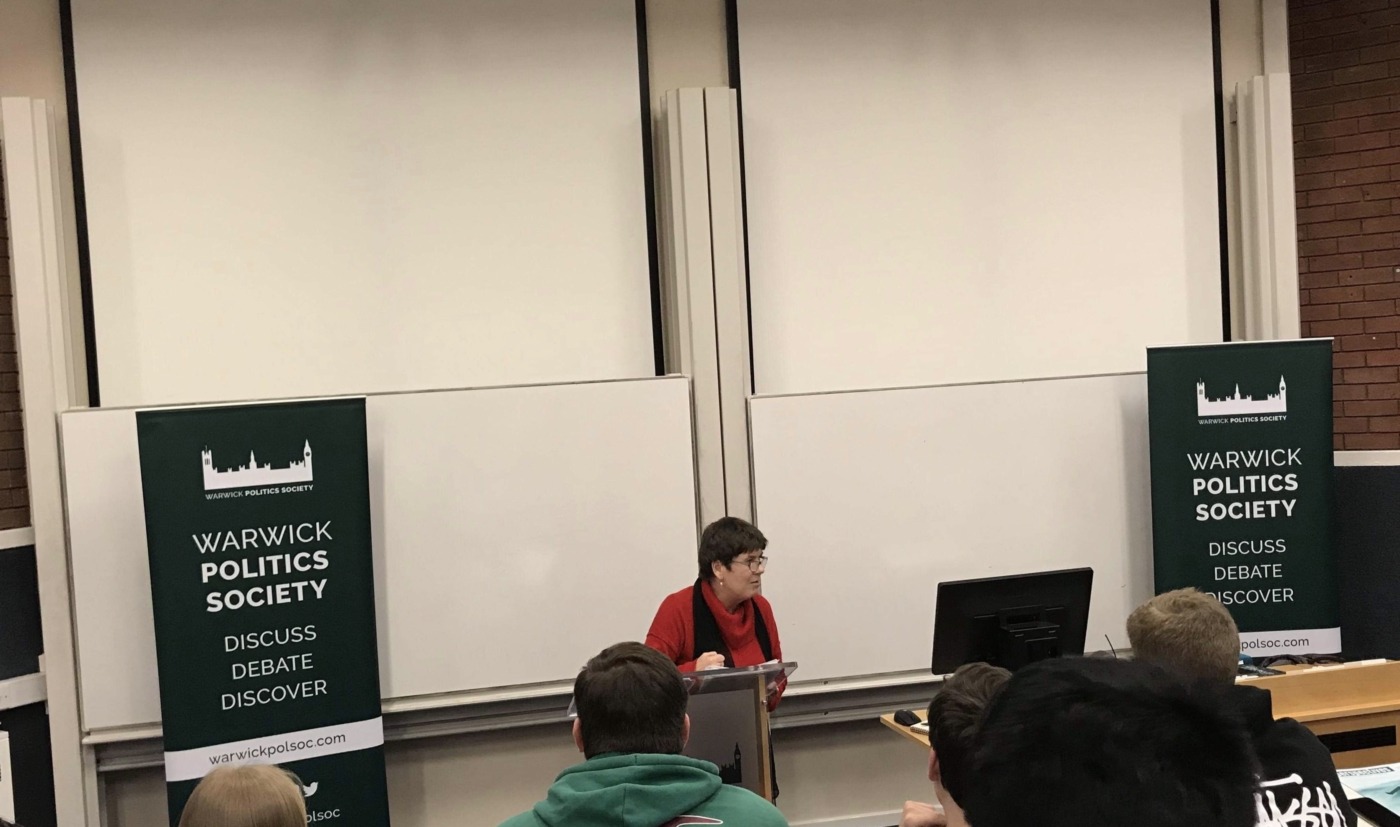 Claire Fox on Warwick, free speech, and the “snowflake generation”

On Thursday 24 January, under the invitation of Warwick Politics Society, Claire Fox gave a talk to students about the nature of free speech, its impact on younger generations today, and Brexit, and spoke to The Boar afterwards.

Ms Fox is the founder and director of the think-tank Academy of Ideas, a former member of the Revolutionary Communist Party, a free speech advocate, an author, and a Warwick alumnus.

She first coined the term “snowflake generation” in her book, I Find That Offensive. Elaborating further during the talk, she said: “Young people today are easily offended, humourless, thin-skinned, and less resilient.

“Most free speech arguers are radical warriors for social justice, free thinkers, feminists, anti-racists and the like, trying to shape things up,” she continued.

“They say that people were tolerant in the past, but something should be done about it now.

“But that is because the younger generation has been corrupted by [a] toxic mix of identity politics, victimhood, and other cultural phenomena.”

When asked by The Boar on how she perceives the political culture at universities today, she said: “There has been too many occasions where I feel Warwick has stopped people from speaking or there has been bans, which I find dispiriting.”

The younger generation has been corrupted by [a] toxic mix of identity politics, victimhood and other cultural phenomena

Thus, she found Spiked Magazine’s “red” classification of Warwick – which indicates that the University has “banned and actively censored” ideas on campus – as “fair”. She compared this to her time here, where she attended union general meetings every week, often with over 1,000 people in attendance.

She was also a women’s officer, and became involved in various “radical” societies. While at Warwick, she transitioned from being a Conservative voter to a staunch Marxist supporter. She became a member of Warwick’s Revolutionary Communist Party after attending a federal Conservative institution meeting and having a subsequent revelation.

She continued: “The only way you can have autonomy and independence and develop yourself, your own personality and who you are is from having some space to experiment.

I believe in the right to be obnoxious in private

“We believe in free speech as a government, so now we’re going to force universities to comply to a set of guidelines’ is not free speech,” she emphasised.

“But I think he was right to draw attention to it. I’ve got no objection to that. I think that it has come to a crescendo: people recognise that there’s been a problem – or is a problem – on campuses.

“I’ve got files and files and files of examples of free speech being insulted on campus in the last five to ten years, and that’s [a] very different atmosphere to the past. I think that students are losing out as a consequence. It will have an overall chilling impact.”

In her talk, she explained that if two individuals were speaking about building a bomb in public, there is no justification for them to be arrested.

I’ve got files and files and files of examples of free speech being insulted on campus in the last five to ten years, and that’s [a] very different atmosphere to the past

“Talking about something and doing it are different – it has to be that,” she elaborated. She perceived an arrest as an “authoritarian” move which makes “no distinction between discussion and action”.

She emphasised: “It’s very important that we hold on to this – or else you can be arrested for pre-crime, right? Even if you said, ‘I’m going to plant a bomb,’ and you change your mind on the way, that’s an act of conscious decision making. ‘I won’t do it’ means you’ve had a revelation.”

When asked for her opinion on whether “ageist bigotry” is more understandable or acceptable than young “social justice warriors” – which she claimed were “corrupted” by “identity politics” and a “victimhood mentality” – Ms Fox clarified: “I think people should not be judged generationally.

“What I would say is that, to assume everybody who’s older who voted Brexit is a bigot, is an act of bigotry itself. That shows no understanding of why people voted in that way, or in a particular way.”

“I don’t think that because you’re older, you’re wiser, but I do think that older people have lived longer, and young people might do well to sometimes listen to what they’ve got to say,” she said. “But this is how things have changed.

“Every generation of young people believes that they are the most enlightened, brightest, sharpest minds of history, and they’ve got all the best ideas. Then they say to the older generations, ‘we know better than you do’. Then older generations say, ‘no, you don’t’. In this creative interaction, things change.”

Every generation of young people believes that they are the most enlightened, brightest, sharpest minds of history, and they’ve got all the best ideas

She concluded: “You can never learn or develop if you aren’t challenged. So young people are over flattered and kind of told how wonderful they are, without ever going through what you need to do, to earn their intellectual stripes. You’ll have a very flabby young generation.”

The Boar subsequently asked about whether she believes life experience is just as important as intellectual deliberation, she said: “I think it’s a different thing, but of course it matters.

“I founded the Academy of Ideas. I believe in intellectual life. But I become concerned about people thinking that if you’re doing PhD that you have a greater insight into democratic accountability than somebody who left school when they were 14.”

“You can’t just say that there’s a monopoly on virtue associated with being highly educated. I want people to be highly educated, but it doesn’t mean that you’re wise as a consequence,” she stated.

“The more books you read, the more chance you’ve got, but if arrogance makes you imagine you have a monopoly on truth, that is very dangerous.” 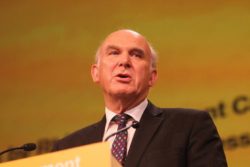 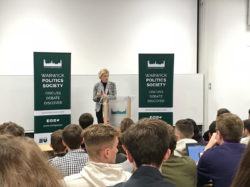 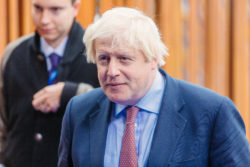 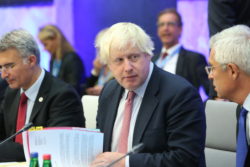