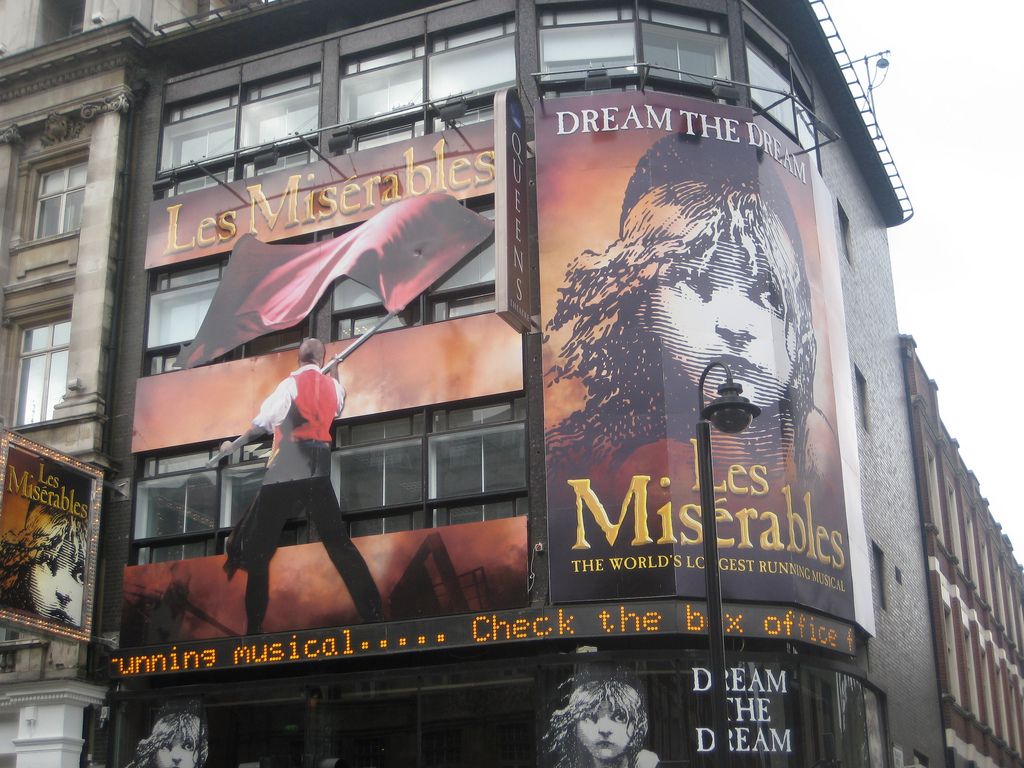 Do you hear the people sing? Apparently you won’t if you tune in to the BBC’s upcoming adaptation of Victor Hugo’s classic novel, Les Misérables. Its screenwriter, Andrew Davies, boldly steps away from the beloved musical score in his attempt to recapture the raw atmosphere of romance and revolution.

As someone who could happily recite most of the songs by heart, adores the stage production and has seen the 2012 film more times than I’m willing to admit, it’s fair to say that I am incredibly excited about this adaptation.

But one person who doesn’t share my affection for the musical is Davies, who labelled it a “shoddy farrago”. Having adapted Pride and Prejudice, Middlemarch and War and Peace, he prefers adopting a realistic approach to classic novels.

Without its characters bursting into song, his adaptation will hark back to Hugo’s colossal and bitterly realist novel.

To me, having just seen the one and a half minute trailer, its set and costumes look very similar to the 2012 adaptation. But I’ll reserve judgement until I’ve seen the full series.

Beyond its diversity, it’s a star-studded cast

Set to be released in six parts, each an hour long, the TV version has greater freedom to explore the intricate details of Hugo’s plot, many of which are ignored by the musical. Les Misérables is one of the longest novels in European literature, so it will be a task to cram the mammoth plot into six hours of screen time. Even so, they’ve aimed to be as faithful to Hugo as possible.

Whilst Les Misérables is firmly rooted in the turbulent context of 19th century France, the BBC were keen to reinvent it with relevance to the 21st century.

Beyond its diversity, it’s a star-studded cast. Dominic West will play John Valjean, Lily Collins the destitute Fantine and Olivia Colman has been cast as the wicked Madame Thénardier.

About the importance of diversity, Oyelowo said:  “We live in a society that looks like this, so therefore to make a 150-year-old novel feel like it’s relevant to everyone here you want to see yourself in it.”

Through a variety of British accents, the mini-series will attempt to explore the divisions in our society

It’s an adaptation that attempts to represent Britain in 2018, rather than limiting Les Misérables to 19th century France. Hugo endeavoured to depict the totality of his contemporary world, from the rich to the tragically deprived. A black Javert might not be historically accurate, but his race is irrelevant to the plot, so why shouldn’t a wide spectrum of people be represented in this modern adaptation? If anything, I would like the cast to be more diverse.

Through a variety of British accents, the mini-series will attempt to explore the divisions in our society, with West’s Valjean assuming a northern twang. Although French will be spoken in the background, so that Les Misérables clearly remains based within the tempestuous political context of France in the 19th century, it’s important that English is the primary language used to remain relevant to its audience.

Through its characters’ struggle for redemption and revolution, Hugo’s novel powerfully depicts the plight of the working class. The sight of people begging for food is cruelly familiar. We need only walk down the streets of London to see the homeless huddled under thin sleeping bags. It’s not Paris in 1862, but also London in 2018.

Amidst a time of profound divisions in the UK, perpetuated by the turbulence of Brexit, Les Misérables is remarkably pertinent. It’s a tragic depiction of “the dark folds of life”, but scattered within this are fragments of hope. Love conquers adversity.

Perhaps this adaptation will be exactly what we need right now, to remind us that “even the darkest night will end and the sun will rise”.