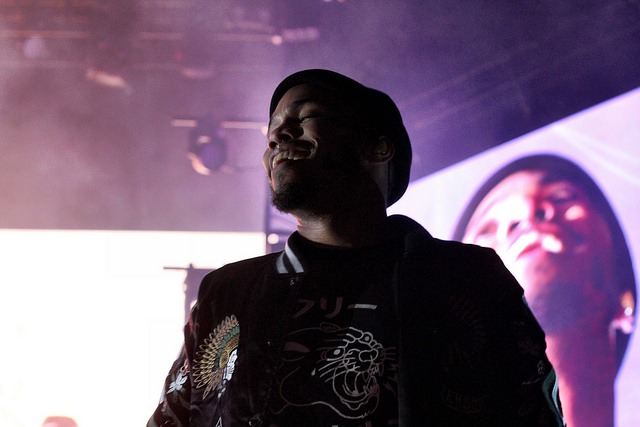 It isn’t hard to tell that Anderson Paak is a man on the up, what with his regular appearances on late-night American television and his upcoming world tour. And now, as Paak reaches the peak of his powers, we have the new album Oxnard. The follow-up to 2015’s critically acclaimed Malibu, Oxnard sees Paak tackle fame, his West Coast heritage and the state of contemporary America. This is also Paak’s third entry in a trilogy of albums inspired by his Northern California stomping grounds.

What sets this new project apart is the guiding force behind it; this is the first Paak project executively produced by his mentor and childhood hero Dr Dre. At a glance, it’s not hard to see the impact this has had, with the feature list numbering Snoop Dogg, Q-Tip, Kendrick Lamar, Pusha T and J.Cole. On first listen the difference is sonically clear as well, the sun-washed guitars and breezy strings of Malibu giving way to the slick, professionally engineered drums so characteristic of Dre.

Unlike the majority of rap and R&B releases in the last few years, Oxnard features plenty of live instrumentation, which feels like a breath of fresh air in today’s Ableton and Fruity Loops-driven scene. What has always set Paak apart from his contemporaries is his versatility, and Oxnard showcases this more than ever. The variation in his delivery, be it sultry vocals delivered with a Prince-esque swagger on ‘Headlow’ or the smart flow of ‘Mansa Musa’ leave little doubt that he is a prodigiously talented musician and performer. Standout track ‘Smile/Petty’ showcases Paak at his best. The two-part track recounts Paak’s history with an ex with deft lyricism, asking “what is it about my smile that would make you ponder hurting me?”. The second half is a masterstroke, its staccato bassline and vocals sounding like the musical lovechild of George Clinton and Dr Dre. The Paak-produced ‘My Brother’s Keeper’, a collaboration with Pusha T, is a marriage of slick drum programming and sparkling, chorus-washed guitars. On paper, these kinds of textures shouldn’t work, but under Paak’s lead, they form a truly unique sound.

However, the overall feel of the album is hampered by its many musical deviations. The constant shift in tempo, theme and texture – over fourteen tracks – gives a disjointed feeling to the album and prevents it from building up serious momentum. Its second half is made up almost entirely of guest-featuring songs, which further dilutes its authenticity in spite of their quality (Kendrick Lamar and Pusha-T are noteworthy contributors). This makes the project feel like more of a collection of singles rather than an album. The radio-centric feel of the album isn’t helped by its production values – listening to Oxnard reminded me of hearing how D’Angelo lamented the overly ‘buttery’ sound of Brown Sugar that he later abandoned on Voodoo. It feels as though Paak might benefit from taking this approach, as he is clearly more talented and engaging than the mainstream route he appears to be taking with this record.

Lead single ‘Tints’, while undeniably well-produced and catchy, feels like an all-too-familiar top 40 hit; inoffensively mixed, with a catchy hook and a guest 16 from a rapper. Granted, the guest is Kendrick Lamar, but this kind of formulaic approach seems at odds with Anderson Paak’s ability. The track with Snoop Dogg, ‘Anywhere’, is uncomfortably cheesy and serves as a perfect example of the overproduced sound. Even the brilliant ‘Trippy’, where we see Paak at his most vulnerable singing over an impossibly-beautiful instrumental, is ruined by a mediocre guest verse from J.Cole. As breathtaking as it is frustrating, it encapsulates the tensions at the heart of Oxnard.

In a world where popular music appears to be more manufactured than ever, Anderson Paak is deservedly held by many as a beacon of true musicianship and creativity. You only have to watch his NPR tiny desk concert to see that he possesses a talent for performance that can’t be taught. As such, Oxnard feels like a let-down. Hopefully his upcoming album with his original band, The Free Nationals will see him fulfilling his true potential. 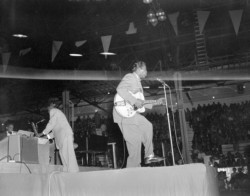