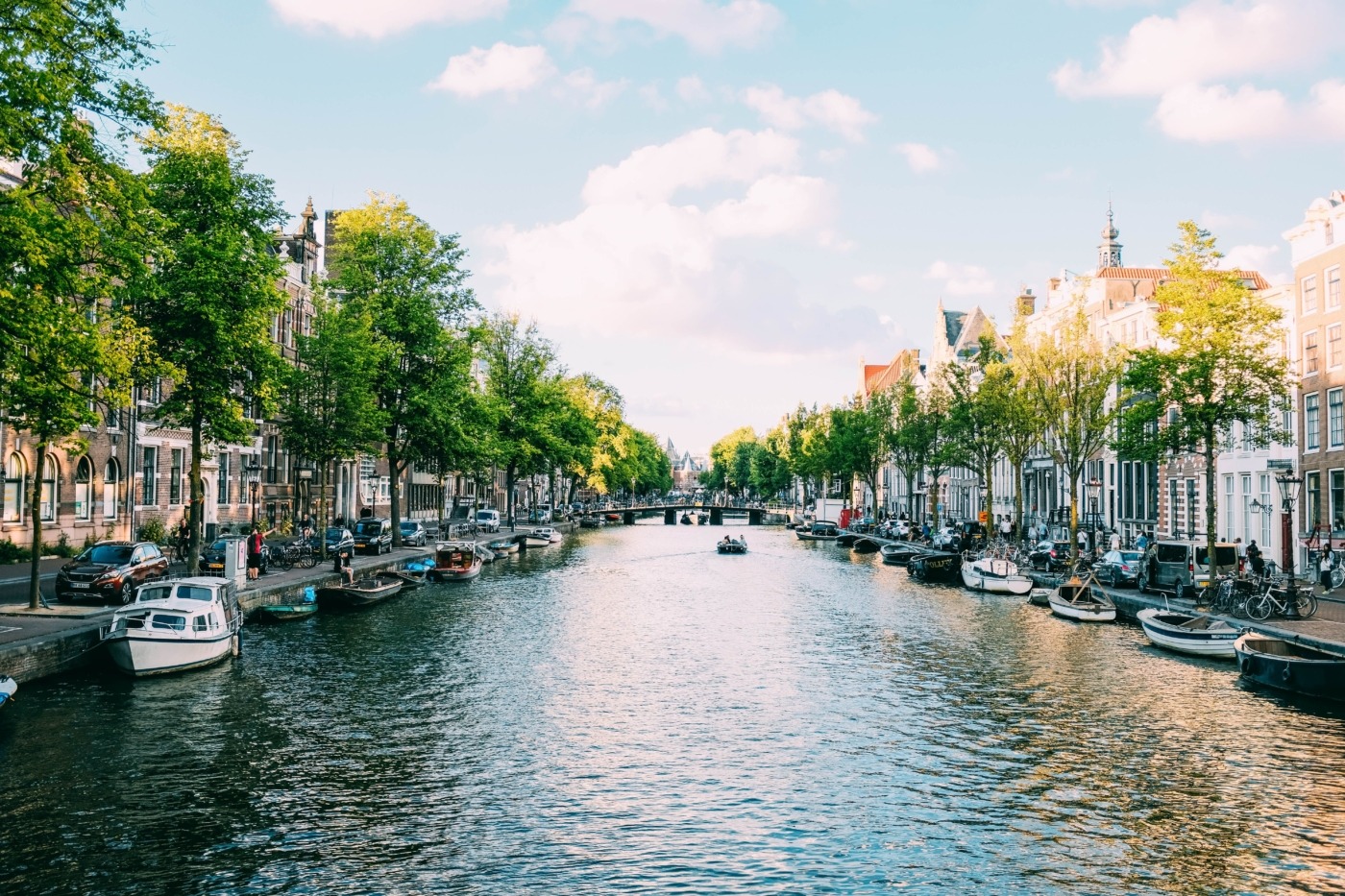 Can you explore Amsterdam on a budget?

I must admit, Amsterdam was more expensive than I expected considering it is practically the top destination for student holidays. The first day there gave my tight budget a bit of a shock, but I managed to spend a wonderful three nights and four days with two friends in beautiful Amsterdam, while only teetering very slightly towards the edge of my overdraft. Here, I share my top tips.

Travelling to Amsterdam is where you can make the biggest savings. 45 minute flights to the city are generally available from around £20. This may be even less when flying from London and only slightly more from other UK airports.

Look out for Eurostar deals now that trains are going to the Netherlands from London. We took the Eurostar on the way there. Although the journey is close to four hours long, I loved staring out of the window to watch the English, French, Belgian and Dutch countryside go by. Keep watching out for deals on a private browsing window and you’re bound to save plenty.

Finding a place to stay was surprisingly cheap and easy. We settled on the Clink NOORD Hostel, which was practically in the centre of the city. For around £85 each for three nights I couldn’t have asked for more than I got: a spotless ensuite room and gorgeous decor in massive social spaces. Equipped with a communal kitchen, bar, restaurant, coffee shop, seating areas with games, a library exchange and even a cute, covered outdoor terrace, I was shocked when we walked in.

The hostel holds different events each day and night, from musical bingo to Dutch Beer tasting or yoga classes to ‘solo traveller meet-ups’. Upon arrival we were given vouchers for ‘two for one’ drinks at the bar or to claim a beer and burger deal. The atmosphere was great with people eating, working, socializing and some even having a good old sing-along together.

Best of all was the fact that you could literally see the hostel from Centraal Station upon arrival. A free ferry service takes you on the two minute journey across the river every four minutes. The service brings you close to the hostel doors on the more modern side of the city, where you are surrounded by cool restaurants, bars and the Amsterdam Look Out tower. A ride back across leaves you just a short walk from the watery heart of old Amsterdam and in easy reach of the metro, only a 20 minute train journey back to the airport.

This was where I suddenly realised that my trip might get a bit expensive. Unsurprisingly, in hindsight, during the evenings we struggled to find a non-fast food restaurant serving a main course for under 15 euros in central Amsterdam, which is rammed with tourists. I went for McDonald’s at the airport in a last-ditch attempt to have a cheap meal but I was charged a remarkable 10 euros for a chicken burger, chips and a drink, something unheard of here. Luckily my small appetite meant that I could get away with just ordering a starter most of the time but still, it was a bit sad.

The food in Amsterdam is amazing and was so hard to resist. If you’re not a big foodie fan or if your Amsterdam trip is part of a longer European backpacking tour where saving money is imperative, then undoubtedly the best solution is to cook your own food in the communal kitchen that most hostels will provide.

We wanted to eat out and sample the best local food so we saved money by heading to an Albert Heijn supermarket to buy breakfasts and snacks. I still thought the supermarket was expensive for UK standards but, granted, it was of a much better quality than Tesco or Aldi! Lots of our food was also bought from cheaper market stalls, such as a very filling sloppy joe hot dog from outside the Rijksmuseum and Vlaamese fries, which are genuinely much better than any chips you’ve ever tasted in the UK.

One of our favourite things to do was to pop into the many aesthetically pleasing, albeit very expensive, fresh bakeries around the city (and cry because we wanted everything – poffertjes, appelflappen, stroopwafels and oliebollen were all on my wishlist). In particular, I’d recommend Bagels and Beans, along with Satch bakery. We kept going back, mainly for their tempting meringue displays in the windows.

Yes, the food situation in Amsterdam wasn’t cheap, but there are supermarkets on every corner and hopefully savings made on transport and accommodation will help with this.

The Rijksmuseum takes the crown at nearly $18. Having heard so much about it, we felt compelled to spend the money and go. In all honesty, and without sounding like a philistine, unless you have a real passion for old art and portraiture, I would skip this one if you’re on a budget. Don’t get me wrong, the art collection is stunning and very impressive. I am a huge geek and anything history-related is usually enough to get me onboard, but I was exhausted and ready for a nap afterwards.

Instead, I would suggest taking a free walking tour. Someone came to our hostel each morning to walk guests over to Dam Square to join a larger group. A walking tour might sound boring but it was actually one of the highlights of my trip. Our guide, Kor, made sure to ask where each one of us had come from and proceeded to make jibes at the Brits and Americans for the next three hours. He had degrees in History and Urban Planning, so, as a historian, I was in my element throughout his hilarious and interactive yet thought-provoking tour. The best part of the tour was that it was technically free. The company operates a system where tourists are asked at the end to give the amount of money they felt that the tour was worth but there is no set price. It wouldn’t make you a good person, but you could give as little as $2 or even nothing, if you liked.

The Amsterdam Light Festival is another great way to see more of the city if you’re travelling there in winter. The recommended way to observe the creative light installations along the canals is by a paid-for boat tour. Not wanting to pay for this, we decided to walk the route for free. You could alternatively rent bikes. Of course, walking took a lot longer than a boat ride but it meant we could take pictures with the lights and stop along the way to get warm in cute shops, or for fries and mulled wine.

If you’re after the nightlife, there is a $10 ticket that claims to get you access to every club in Amsterdam. We didn’t feel like we were there for long enough to really utilise this but it looked like a great deal. The drinks deals in our hostel were better than those of any bar in Amsterdam, so we spent an evening there and another soaking up the ‘wonderful’ world of the Red Light District.

Finally, if you do happen to have any money left over, one of my favourite things to do was spend an afternoon in the total rip-off of the A’DAM Look Out. It cost $13.50 to go up to the sky bar and enjoy its views of the city. For $5 more, you can take a quick ride on the ‘Over the Edge’ swing, which, though short, was just thrilling enough to give it value for money. It was windy and exciting, making it perfect for a photoshoot. Afterwards, we had cocktails and nearly fell asleep on the sofas of the very atmospheric bar, watching the sun go down over gorgeous Amsterdam.

I can’t list everything we did in Amsterdam. However, just being there for four days made me wish I could move to the city and become Dutch. Everything about the place and the people is just so cool. It’s a laid back place with history, culture and fun. Being a huge tourist hub, it’s not the cheapest place in the world. However, there are plenty of ways to work around this to make for a perfect and very affordable getaway.