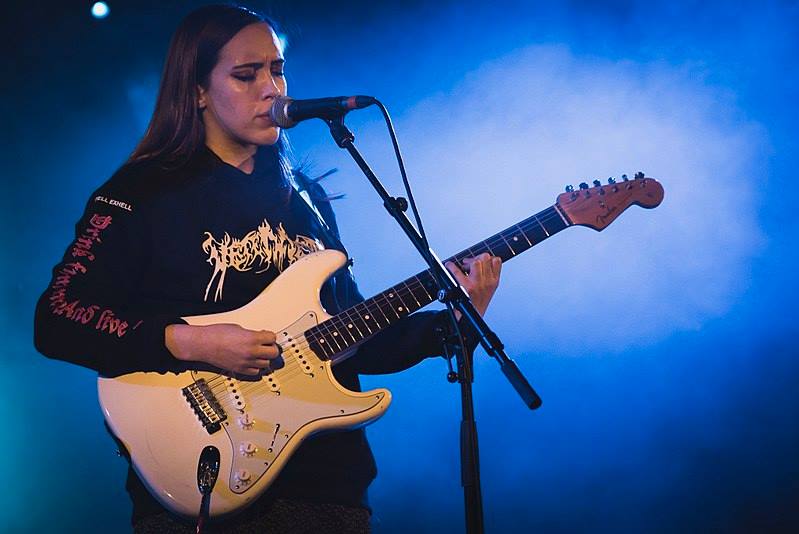 Berlin-based Neapolitans Nu Guinea deserve recognition for their 2018 debut album Nuova Napoli. It’s a masterpiece of Mediterranean funk and disco, though to label it that would be too simplistic. It’s also a homage to the Neapolitan music scene of the 80s and revisits the musical heritage of the duo’s hometown without recycling the well-worn tropes of disco.

Though the musical pallet used by the duo doesn’t vary hugely throughout the album, it’s to their credit that they manage to keep it engaging and interesting. This is achieved through both the masterful use of different pacing and the subtle use of different textures. ‘Djoce Facce’ and title track ‘Nuova Napoli’ bubble slowly under funky synths and guitar, while ‘Disco Sole’ and ‘Stann Fore’ are destined for the dancefloor. ‘A Voce E Napule’ is, on the other hand, a more melodic, jazz take on Neapolitan funk, the use of saxophone and vibraphone reminiscent of Herbie Hancock’s ‘Head Hunters’.

Part of a record’s appeal is its ability to take you into the world of its authors, and Nuova Napoli does just do that. Listening to it transports you to a sunnier, warmer, more carefree place; it’s a real antidote to the wintry blues of Coventry and Leamington. Though disco and funk can be repetitive and at times devoid of any real musical appeal, it’s refreshing to hear it treated with such respect. For those of you into funk, jazz or just in need of a new-year pick me up, Nuova Napoli is a must.

Since making her debut on Bandcamp in 2015 aged 18, Nashville native Soccer Mommy (Sophie Allison) has been winning over hearts with her introspective brand of bedroom pop. Clean, her studio debut, combines the angst of a WarwickLove post about an unrequited crush with sweet vocals and catchy hooks to make an album that is oddly uplifting, in spite of its frequently depressive lyrics. Full of ruminations on past loves and feelings of inadequacy, nonetheless it has a youthful optimism about it.

Clean does not have a distinctively 2018 sound – in fact, it reminds me a lot of grunge band Veruca Salt’s 1994 debut American Thighs, an album released a few months after Kurt Cobain’s death. However, it is a product of a particular moment in music. The popularity of online music streaming facilitated Allison’s rise from obscurity to indie stardom. And while we may live in the era of Trump, it does feel like female musicians are being taken increasingly seriously.

2018 was a year in which an artist who cites Avril Lavigne among her influences (the first CD Allison owned was Under My Skin) received positive reviews in independent music outlets, in the same year that brought acclaim to albums released by fellow female indie rock musicians Mitski (another of Allison’s influences) and Snail Mail. The days of the tokenistic treatment of women in independent music seem increasingly numbered, and if there’s one thing worth celebrating about 2018, I think this is it.