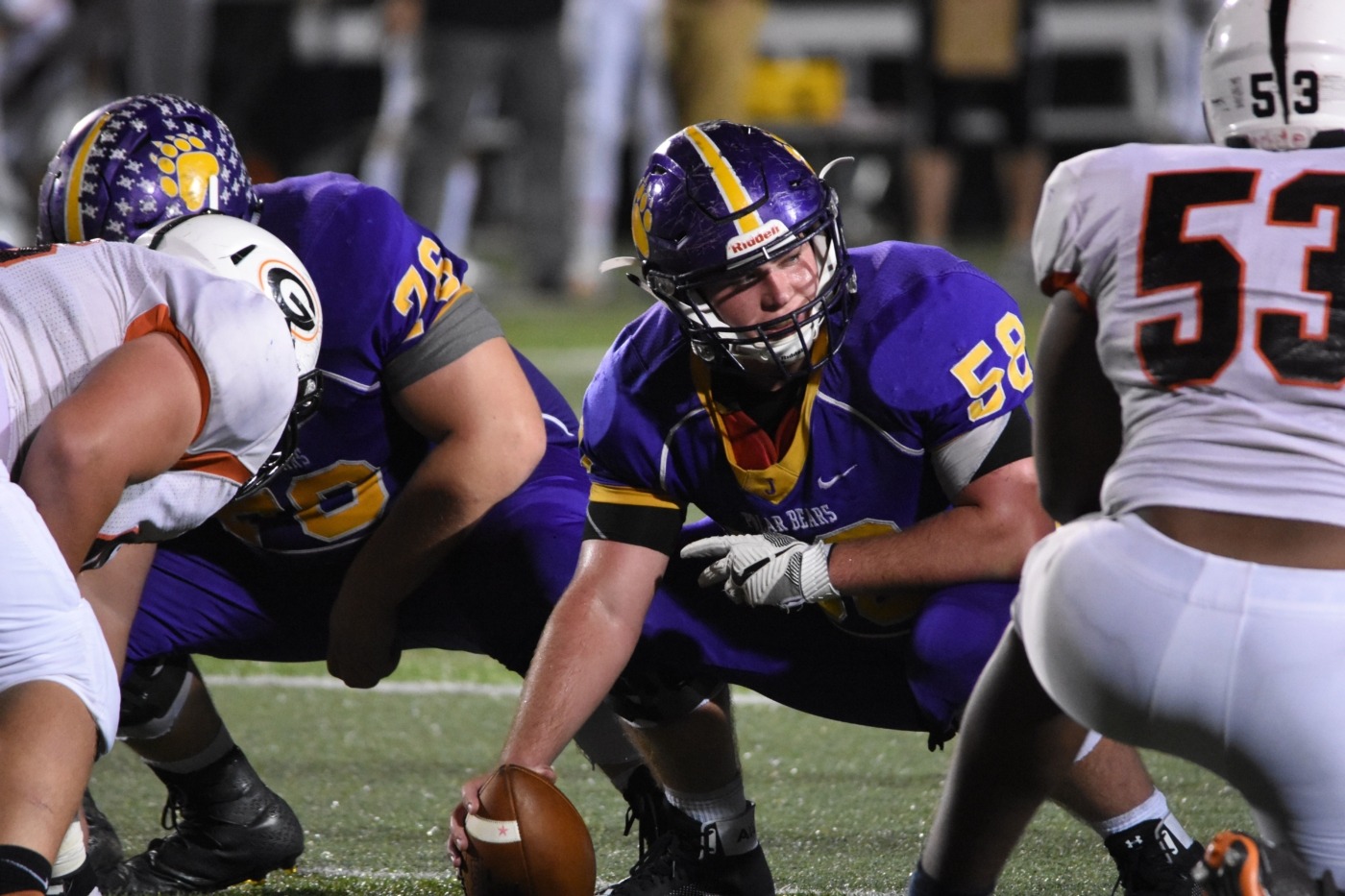 Welcome to the world of initiations at Warwick

Would you rather drink vodka from a pig’s head or apple bob in a barrel of urine? For those who were willing to participate in the initiations hosted by Newcastle University’s Agricultural Society, it was not an option.

Initiations, also known as adoptions, are social events that involve games and challenges undertaken by new and incoming members of university societies. The term itself is ambiguous. Not only do the types of activities vary, but they are shrouded in secrecy: many societies on campus do not wish to disclose to the public the details of what actually goes on at initiations.

Nonetheless, we very often bring up the topic of initiations in casual conversations with our peers. Some share their experiences of society initiations as anecdotes, perhaps in hopes of relishing in their peers’ appraisal for their bravery in undertaking such difficult challenges. But not everyone perceives overcoming these initiations as moments of glory. Do not be too disappointed if the only response you elicit from sharing your anecdote of drinking a mixture of vodka and cat food is an underwhelming whisper under one’s breath of “that’s grim” and a look of slight disgust.

Not everyone perceives overcoming these initiations as moments of glory

Although the concept of initiations is a hot topic amongst students, it seems as though very few have probed into the question of why initiations are organised by societies. Should we reconsider the age-old justifications of team-bonding and society tradition in light of the physical and mental risk it incurs? Why do we think that such wild antics would help societies in their pursuit of team-bonding?

Research published in a journal of the Association for Psychological Science suggests that despite its unpleasantness, pain may have positive social consequences, acting as a “social glue” that fosters cohesion within groups. “Pain is powerful in producing bonding and cooperation between those who share painful experiences,” says psychological scientist and researcher Brock Bastian of the University of New South Wales in Australia. In the face of common adversity, required to push toward a common goal, be it a three legged race or being forced to drink some vile mixture of vodka and egg yolks, participants gravitate to one another. There is solidarity in the shared difficulty of completing the said task, tied up or sharing looks of disgust. For sports teams in particular, the notion of shared adversity during adoptions simulates the experience of overcoming the challenges posed by the opposing team in a match.

A second-year law student shared her experience attending an initiations ceremony held by a Warwick University sports team this term. “We had a handstand race. There was also games where we had to find and fish out lollipops placed in buckets of weird food mixtures with our mouths. If we failed to complete the tasks, our forfeit was to either drink hotdog water or a pint.” The student described it as an enjoyable experience, commenting that: “The event was quite fun and it was not as horrific of an experience as I’ve heard other societies’ initiations were. It is a great way to make friends and it complements our university experience.”

Although joining societies already gives us the opportunity to build friendships through mutual interests, having shared experiences brings friendships to the next level. It cultivates the sense of camaraderie every society aims to possess – something more commonly known as team spirit. This sheds light on why we seek solace in the phrase ‘it’s society tradition’. When we participate in initiations, with the exact activities involved in the ceremonies being unique to each society, it is symbolic of marking our place as a member of the society.

The President of Warwick University Ladies’ Hockey team commented: “It unites everyone and makes the freshers feel included. It’s something that every member has experienced at some point in their club life.”

Will H-Whiteley, President of Warwick University American Football Club added: “Our ‘Rookie Night’ adoptions involve an afternoon on the Claycroft fields followed by circling and Pop. Included are the mixed contact and non-contact rookies, and the activities are paid for and run in a friendly way by the ‘vets’ of the club. It is a great day for those who have not socialised much before university to get involved in the spirit of the club and build ties with existing players and their fellow rookies.”

Some also say that being subjected to authority and undertaking borderline humiliating acts strips people of their ego and humbles them in order to cultivate good sportsmanship. But others are quick to rebut this, arguing that due to the culture of peer pressure, excessive drinking and partying associated with initiations, the ceremonies create more division than inclusion.

Warwick PPE Society expressed similar sentiments. “We don’t host initiations or adoptions for our members as we don’t see the value they would add to an academic society. While they may be an established tradition for sports teams, the reasoning behind this is usually to foster stronger team spirit. We already have events throughout the year where members can meet and, as such, don’t see the need for adoptions.”

It is hard to deny that peer pressure is a prominent issue surrounding the concept of initiations. In 2016, Newcastle University student, Ed Farmer died after an Agricultural Society bar crawl initiation where the group he was with had ordered over 100 rounds of triple vodka in one bar. In cases like this, it is also difficult to assign individual blame and responsibility to anyone. Many would argue that participants of initiations have the choice to stop drinking when they want to. According to James Carr, chairman of the Agricultural Society, members were not obliged to turn up to the event. At Warwick University, President of the Ladies’ Hockey team stated: “The limits to our initiations are each to their own.”

But is this freedom to opt out whenever we want to feasible in the initiation ceremony environment? Unfortunately, not always. Although some might say that university students are at the cusp of adulthood, this is not an indication that we are less susceptible to the herd mentality. In the state of intoxication, alongside our peers cheering us on to ‘down it’, students do not always have the full capacity to decide when enough is enough.

Last but not least, it is the type of activities that the initiations entail that determines whether societies can defend their need for initiations with the age-old argument of ‘team-bonding’. The Men’s Rugby Union Club has in the past been notorious for its initiations, leading to the club being banned from socials on campus in 2014. The initiations involved people being slapped with raw chickens whilst blindfolded and having to drink buckets of mixed alcohol. At the end of the day, there is a difference between having a blindfolded three-legged race, and chanting sexist and derogatory terms. It is hard to see how the latter can be done in the pursuit of team-bonding.

Looking forward, it seems as though initiations will continue being a part of life on campus, subject to some regulation by the Students’ Union. Club initiations and adoptions at Warwick are required to be fully planned and approved by the SU in advance to ensure inclusivity, student welfare and minimum disruption to others.

On the issue, the SU’s Sports Officer Balraj Dhingra commented: “Whilst the SU has not received any complaints regarding adoptions events this year, we would take any first-hand evidence of unacceptable behaviour seriously, and would want to hear about it as matter of urgency.

“We have done a lot of work with clubs over the past few years to make it clear that we want to encourage welcoming and inclusive events and that, whilst club executives are personally responsible for their activities, we expect them to be safe and inclusive and will do everything we can to advise them of such, as well as taking action where this is not the case.

“Furthermore, we will be working with BUCS to reinforce these messages and supporting their stanceon sanctioning of inappropriate behaviour. We are also in discussion with the University about other actions we can take to ensure students are safe and enjoy the club’s social activities.” 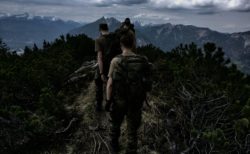 Soldiering on at university 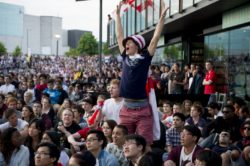 #WarwickLoveInterview1: An exclusive interview with the students behind Warwick Love