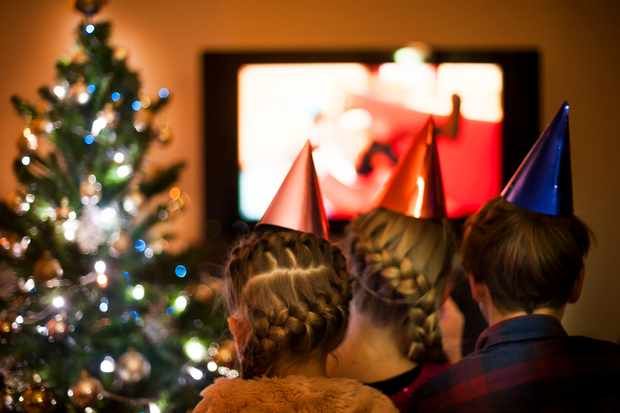 What is so appealing about the Christmas special?

Almost everybody who loves TV has a favourite holiday special that makes them think of the magic of Christmas. The festive period is full of traditions such as food, films and music, not to mention themed episodes of our favourite shows. However, just what is the appeal of episodes centred around the holidays?

Often the Christmas special of a show is the most memorable. As an audience, we come to grow familiar with characters and as such seeing them celebrate holidays familiar to us feels fitting. As Christmas is frequently centred around family, the Christmas special offers an insight into the family traditions of our favourite characters, which is not without hilarious mishaps. The Christmas episode of The Unbreakable Kimmy Schmidt is a personal favourite due to the main character having missed multiple Christmasses due to being held captive in a bunker. The episode is sweet and magical with all the classic conventions of Christmas such as presents and decorations. Additionally, the episode is hilarious as nothing seems to go right! Adding to the humour is the fact that the characters are celebrating ‘fake Christmas’, not the real day itself. This is a clever device used by The Unbreakable Kimmy Schmidt to address the fakery of Christmas episodes in general.

Utilising the themes of Christmas, whilst also addressing the fact that it isn’t Christmas at all is a knowing wink to the audience about the constructiveness of Christmas specials in general

In sitcoms, the holiday-themed episodes often don’t feel connected to the overall series narrative, often simply shoehorned in to appeal when the festive time of year comes around. However, when you’re binge-watching episodes of Friends or How I met your Mother in the middle of June, hearing Christmas songs is bizarre. Utilising the themes of Christmas, whilst also addressing the fact that it isn’t Christmas at all is a knowing wink to the audience about the constructiveness of Christmas specials in general, without spoiling the feel-good factor of the show, and the festive feel when watched at the right time of year.

Christmas day could arguably be shaped around the TV schedule. In a world of streaming services and catch up TV, many homes hark back to old traditions and buy a copy of The Radio Times, carefully selecting the shows they view as most worthy of their attention in between eating. British Christmas specials often have a different tone compared to their American counterparts. Perhaps this is because the special doesn’t conform to just sitcoms – dramas, sci-fis and soaps all get a sprinkling of festivity. A staple of British TV viewing is perhaps the soaps, they are always dramatic yet somehow relatable. The very time period of Christmas is perfect for shows that centre around ‘real’ characters because so many audience households are familiar with the festive season and the traditions the day has. As such, many shows like Eastenders and Coronation Street save their most explosive storylines for the month of December. What would Christmas be without a murder on the square or an affair on the cobbles? As we tuck into our tenth quality street of the evening, we gasp at the conflict on screen, taking delight in the shock factor of the soaps in their aim to make Christmas as unmerry as possible.

Often actions and their consequences in a Christmas episode are forgotten about, or quickly resolved in the final few minutes so that they won’t impact the future series

Due to Christmas often being a time of family gathering, we may sit down to watch a show that we are previously unfamiliar with, and as such, the Christmas episodes standalone nature works well when it is aired on Christmas day television. Often actions and their consequences in a Christmas episode are forgotten about, or quickly resolved in the final few minutes so that they won’t impact the future series. This ensures that whether you’re familiar with the characters in Call the Midwife or the adventures of Doctor Who, every family member can enjoy the Christmas special together.

No matter what your favourite Christmas special is, we can all agree there is something hugely appealing about watching characters on our screen celebrate the special day alongside us. Additionally, if we feel we need a bit of festive spirit during the rest of the year, we can always return to a show and indulge in an hour of Christmas escapism – even if it is June!