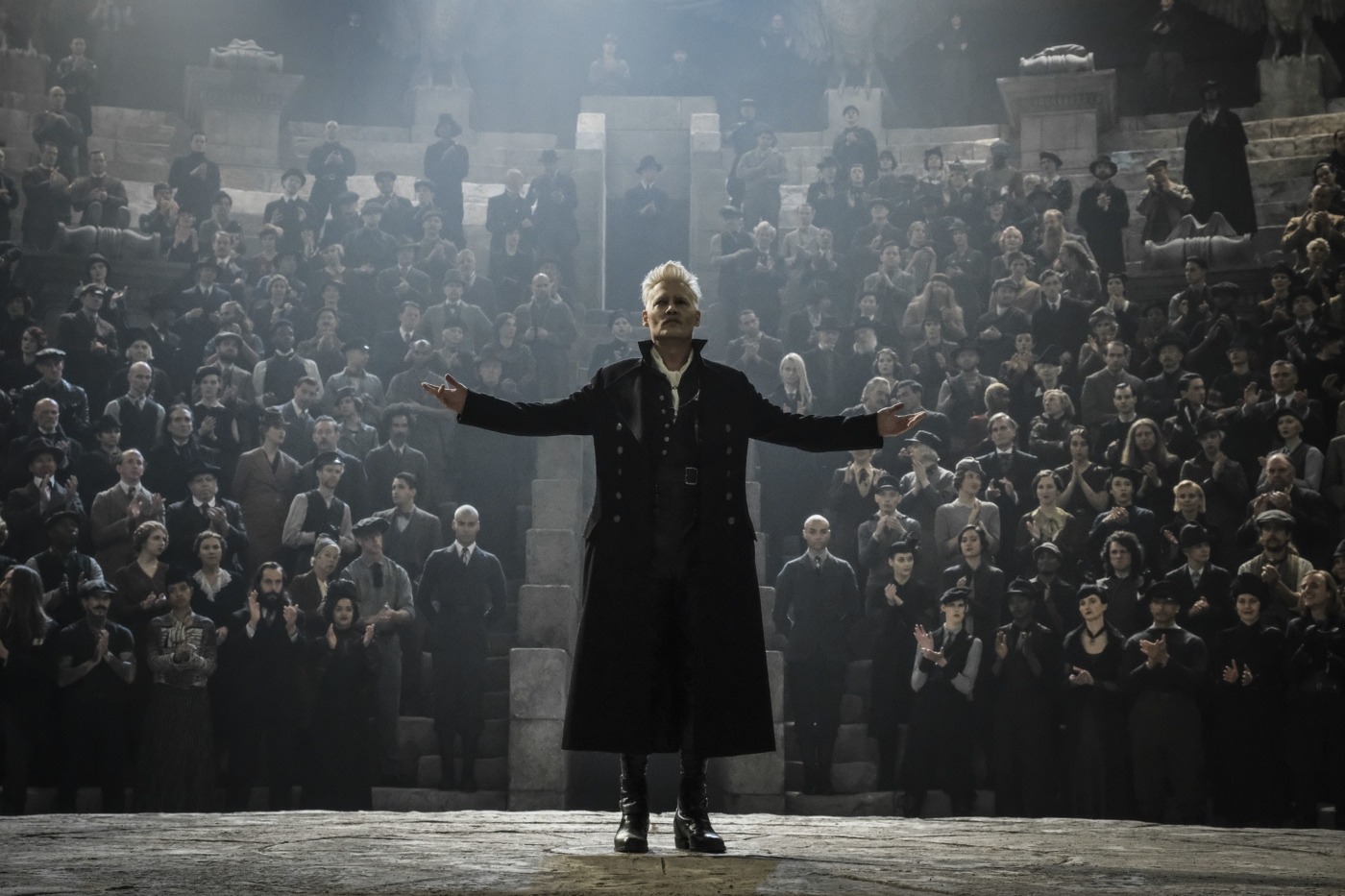 Why ‘Fantastic Beasts: The Crimes of Grindelwald’ was such a disappointment

My Saturday night began by seeing Fantastic Beasts: The Crimes of Grindelwald and finished with a hangover. My head was spinning the next morning but I’m still unsure as to whether it was from drinking or watching Fantastic Beasts. It’s a convoluted mess of a film. Bloated by an innumerable series of unnecessary filler and titbits of the Wizarding World, it’s added under the guise of ‘world-building’. The convolution rivals that of Peter Jackson’s Hobbit trilogy and Zack Snyder’s forays into the DC Universe (but is more egregious than either because Rowling is butchering her own canon).

To the credit of the film, the cast delivers excellent performances with Jude Law being my personal highlight, offering a seamless debut performance as ‘young Dumbledore’. Some scenes are enjoyable in isolation; Hogwarts is still able to inspire awe into anyone, the few scenes where ‘Newt’ interacts with Fantastic Beasts are wholesome fun, and (most of) the scene where ‘Grindelwald’ is preaching his cause is an interesting presentation of fascist rhetoric. But the sum of the film’s parts don’t add up.

The first two plotlines are tonally at odds with each other

About three films worth of material is thrown into a solitary sloppy screenplay – two of which could be interesting standalone films. One plotline follows Newt from the first film, who is continuing his research in London after losing contact with the rest of the main characters that we met in New York.  Another follows on the criminally wasted young Dumbledore who is edging towards the anticipated fight against Grindelwald. The final plotline centres round a coming-of-age story for ‘Credence’ searching for information about his family. The first two plotlines are tonally at odds with each other.

Newt Scamander is a magical zoologist who preaches tolerance and acceptance of the creatures he loves to his ignorant contemporaries. This is not a plotline that should be entwined into an allegory about the rise of fascism. It just didn’t work. His character is severely undermined by an arc which follows his moral struggle to take a firm stance against Grindelwald and is emblematic of the problems with the film. Everybody knows the characters central to this allegory are Dumbledore and Grindelwald, and Newt deserved his own story to develop his character.

Already struggling to juggle these two plotlines, any hope of salvaging something in the neighbourhood of cohesion is lost in the ‘Finding Your Roots’ episode starring Credence jammed in there, following his quest to find his familial roots. It’s a boring story that lacks any dramatic weight that only brings down other storylines and potentially interesting characters like ‘Leta Lestrange’. This film’s stupid ending where Credence is revealed to be a secret brother of Dumbledore is a plot-twist pulled out of thinner air than the vacuum of space.

Setup and payoff is non-existent. All sorts of caveats and minor plot points are dropped without warning, whilst new developments are slung in there without any connective tissue. For example, Newt’s travel ban is of no consequence to him, as he easily travels by portal bucket which is on the white cliffs of Dover for some reason. Newt’s hatred of the ‘Auror’ of the Ministry of Magic sent to Paris in his place isn’t explained, and the two never interact again despite setting up that dynamic. Meanwhile, ‘Jacob’ is held at wand point in the cemetery, then suddenly appears twenty minutes later unscathed by whatever happened. Individually, these are minor complaints but aggregate to convolute the film further with pointless info dumping.

It’s unclear why Rowling and the producers decided to mix these stories into the same film. The ‘Wizarding World’ looks ripe to pluck and grow a cinematic universe to rival Marvel, which presumably wouldn’t be a problem considering Rowling’s involvement in Wizarding World projects and developing the mythos. Why not streamline the film, and separate the storylines for Newt and Grindelwald/Dumbledore into separate films?

Other aspects of Rowling’s writing, usually strengths of her storytelling, are hampered by this messy story. Her nuanced characterisation that entices empathetic investment from her reader asphyxiates in this crowded plot. At its worst, entire characters have no discernible motivations, viewpoints or traits defined. JK Rowling went to the trouble of misappropriating Indonesian culture for ‘Nagini’ but came out of her baptism of Twitter fire with nothing substantial to show. Nagini isn’t characterised at all in the film, her screen presence tied to supporting Credence’s quest to find out about his family without any explanation as to why Nagini is helping Credence. It’s a damning indictment of Rowling’s haphazard creation of a character, affirming how unnecessary the ‘Maledictus’ plotline is.

It gets worse as established characters are marred by this film. ‘Queenie’s character receives the worst revisionist treatment of anybody in this new franchise as her quirkiness is translated into…wizard fascism? She’s introduced enchanting Jacob to marry him against his will, and disapparates when Jacob nearly calls her crazy, leaving him stranded in London after having an argument that was ostensibly morally ambiguous. But there’s no tension because Queenie is unambiguously in the wrong. Her character disappears to Paris to find ‘Tina’, but bumps into Grindelwald and – despite initial apprehension – suddenly re-appears in the final act to become a wizard fascist.

Would you like to know why Queenie made such a decision? Well, what a shame that is because no reason is given. One could infer it’s due to the problems in her relationship with Jacob; if so, then the idea and its execution is laughable. It’s crazy to think that’s a believable reason for anybody to become a fascist. The film is above justifying this amateurish analysis of fascism, only lending us a paltry scene of Queenie meeting Grindelwald, giving this contrived plot-twist no conviction and entirely debasing the character for an ineffectual dramatic twist. Even disregarding problems with her conversion, it’s a poorly developed character arc.

Yates’ directorial idiosyncrasies and mannerisms that worked so well with the Harry Potter films can sometimes conspire against Fantastic Beasts. For example, Yates’ characteristic colour pallet of not using colour makes some scenes like Grindelwald’s breakout difficult to follow. Whilst I can understand creating a dark tone in 1920’s New York due to connotations with noir crime, it becomes harder to follow. When you compare it to an action opening like The Dark Knight Rises, these choices reek of amateurism. The scene with Newt and ‘Leta’ is also bizarrely shot, showing excruciating close-ups of Newt and Leta’s faces for most of their conversation. Any potential in conveying the intimacy of their relationship is squandered by discomfort, as well as failing to utilise body language in their acting. Asides from some minor grievances though, you can expect continuity in directorial style from his previous Harry Potter films which – given what the film was trying to discuss – makes sense.

Fantastic Beasts has triggered a powder-keg of claims that “Rowling is becoming the next George Lucas” which isn’t appropriate. A more appropriate analogy would be the DC Universe, as this film will no doubt shakes confidence in a Wizarding World extended franchise just as Batman Vs Superman did for DC. The sloppy, convoluted screenplay is the demise of the film as it asks too much of the film, devoting much of its story as exposition or set-up for future films like the worst of Marvel and DC Universe films. I sincerely hope it’s a massive one-off, as the world is far better with a thriving extended franchise about Rowling’s Wizarding World. 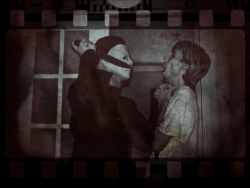 A Brief History of the ‘Halloween’ Franchise