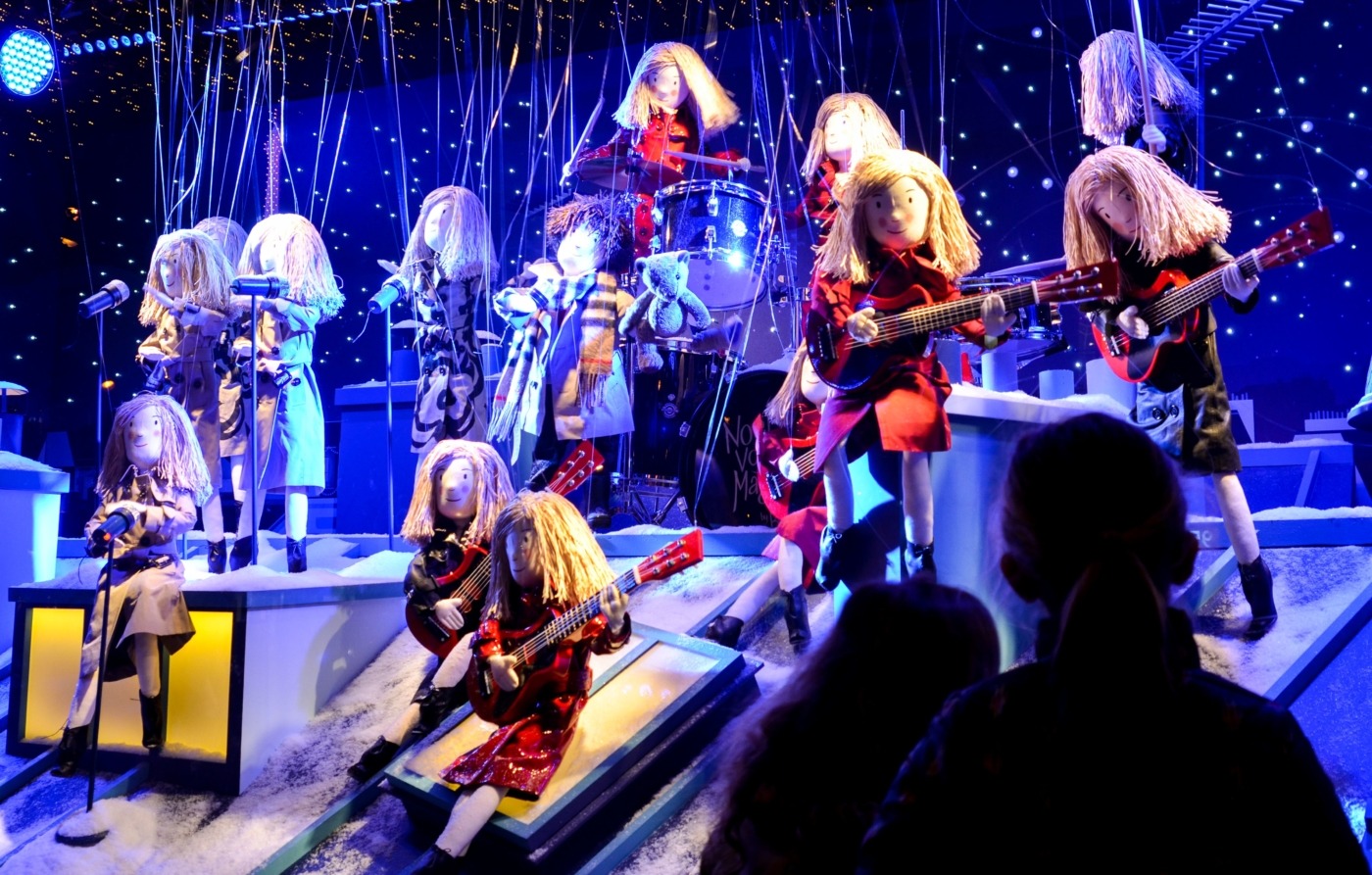 If you think that Christmas and rock music don’t go together, consider this: glam rock band Slade’s ‘Merry Xmas Everybody’ is credited with popularising the yearly battle for the Christmas Number One here in the UK. Unfortunately, the song is so overplayed that it’s estimated that up to 42% of the world’s population could have listened to it.

So what else is there for rock fans? There’s no point sugarcoating it: Christmas music isn’t exactly notorious for being brilliant in this genre, but here are a few rock and metal tracks that are worth a spin this festive season!

‘All I Want for Christmas is You’, My Chemical Romance

A Mariah Carey cover for the emos among us. What better time than Christmas, the season of goodwill, to admit to yourself (and more importantly, to your openly MCR-loving friends) that actually, you do like My Chemical Romance, just a little bit?!

As well as being a great film, Tim Burton’s Nightmare Before Christmas boasts a quality soundtrack that is suitable for both Halloween and Christmas listening. To coincide with the film’s 3D re-release in 2006, a bonus disc was released, featuring covers of songs from the original soundtrack by a well-chosen roster of musicians, including FOB. Patrick Stump does an excellent job of Jack Skellington’s number. Indeed, it’s better than the original.

Another cover of a song from Nightmare Before Christmas. Unlike FOB’s cover, which retains some similarity to the original, this one reinvents the wheel, with a brooding industrial sound that wouldn’t be out of place at a goth nightclub. To say it’s a cover of a song originally from a kid’s film, it’s pretty dark — you can definitely hear the Sisters of Mercy influence in there.

Like Lacuna Coil, Type O Negative take a decidedly gloomy approach to Christmas. This catchy track is inspired by the passing of the lead vocalist Peter Steele’s father, which happened on Christmas morning. Festive bells ring in the background throughout, but the focus is on the cold, oppressive atmosphere created by the synths and Steele’s despairing vocals.

The oldest track on this playlist, this is some classic 80s thrash from a groundbreaking band that some credit with the invention of black metal. An energetic, Satan-themed number that should get your adrenaline pumping when you’re sleepy from eating too many mince pies.

‘I Want An Alien for Christmas’, Fountains of Wayne

A quirky pop-punk bop that provides a refreshing alternative to love-focused Christmas songs by addressing its longing towards an alien: “I’ll always keep him company/He’ll never be alone/And we can hang around the house all day/And watch the Twilight Zone”. It almost makes me want an alien for Christmas.

A Christmas song you can headbang to by an Italian metal powerhouse. It tells the story of a naughty child who fears that Krampus (a half-demon, half-goat creature from European folklore) is going to pay a visit instead of Santa. There’s nothing light-hearted about this one.

Nu-metal band Korn go death metal. The lyrics, as you might expect, are awful, but thankfully you can’t actually decipher them. A good one to listen to if you’re hiding in your room praying for the festivities to end.

An anti-Christmas anthem. I’ve no idea what Justin Hawkins gets up to these days, but I’m still a little bitter that this one didn’t get the accolade of Christmas Number One back in 2003.

‘Oi to the World’, No Doubt

Long before Gwen Stefani was a solo artist, and long before she ruffled feathers with her throng of Harajuku girls, she was making hits with ska-rock band No Doubt. This Vandals cover is a fun, upbeat track with a punk kick.

‘Killing in the Name’, Rage Against the Machine

Admittedly, there’s nothing inherently Christmassy about protest song and rock night favourite ‘Killing in the Name’. But, it was Christmas Number One in 2009, after an online campaign in response to the deluge of X Factor winners taking the spot in the preceding years. Unfortunately, the UK hasn’t had any metal Christmas Number Ones since, but there’s no harm in listening to this on Christmas Day and pretending it’s still 2009…