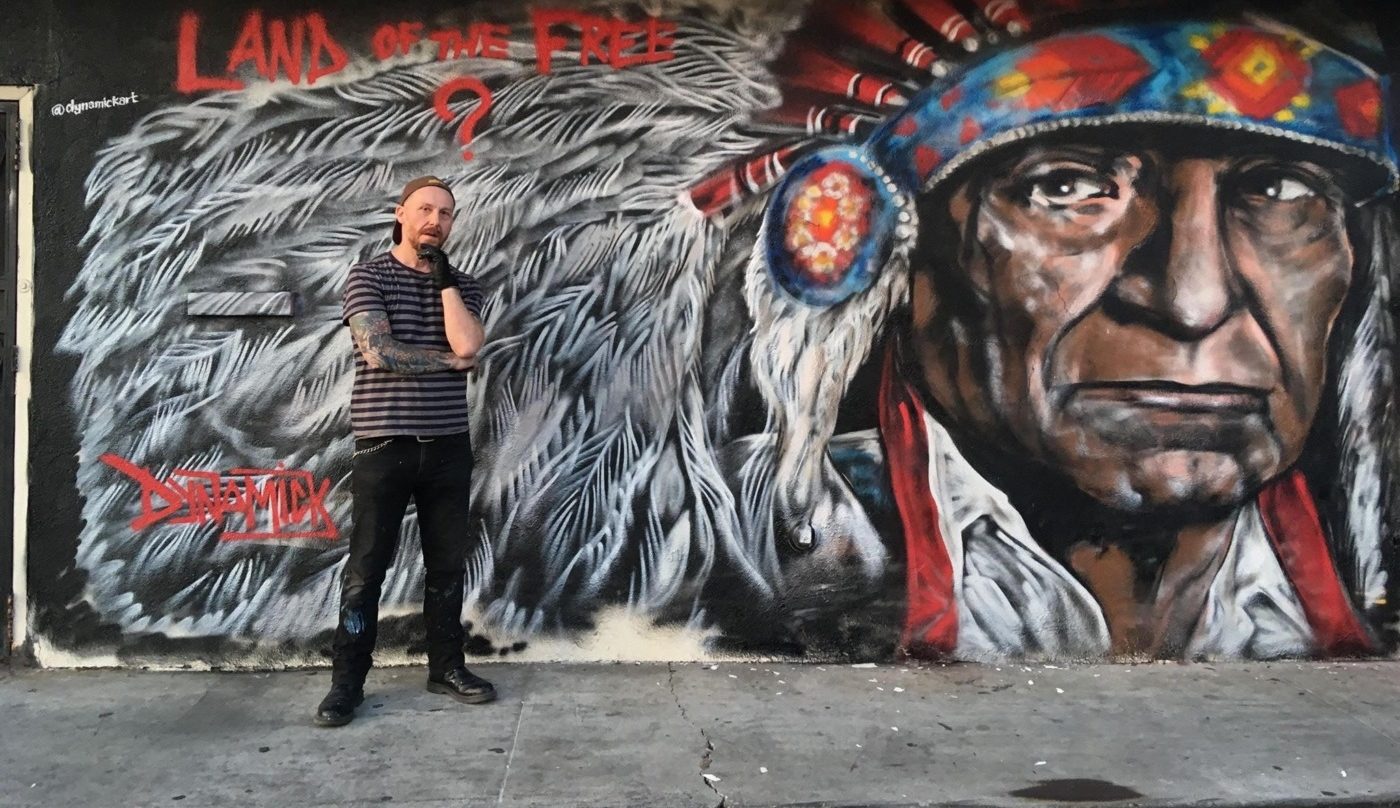 Street art has been popularised over the last decade and is becoming a mainstream medium of art. But where do street artists come from? Some may be reformed vandalism offenders, others are anarchist rebels, and a handful are traditional artists in search of a new form. Very few, however, have a decade-long career in engineering.

Michael Batchelor, a successful street artist in Coventry, does. He graduated with a general engineering degree from Warwick in the late 1990s, having worked in the industry throughout his twenties. Batchelor came to Warwick as a mature student to break through the ceiling he had reached in his career. “Getting a degree seemed the way forward and my family were really into me doing that because, at the time, the Midlands engineering industry was big and growing.”

Despite enjoying his degree, Batchelor found the most valuable thing at university was Warwick’s diversity, particularly within societies. “It was very good at mixing different types of people together. I could meet people not only from different places, but also from different classes and backgrounds and religions. Some of the contacts that I made in those days have gone on to be business contacts and we’ve all been able to help each other out.”

During his time here, Batchelor “was one of the founding members of the Breakdance [now Street Dance] society” in 1999, to whom he still teaches classes, and he was an active member of the Art society. Throughout Batchelor’s life he had “already done art things for people for money”, but it was his involvement in the hip hop scene that led him to explore street art. While being a DJ around Warwickshire (including our very own SU), Batchelor was approached to paint murals for local hip hop events, where he earned “more money in a day than in a month” at his engineering job.

This moment should have marked the definite transition into a career in the arts, but Batchelor faced criticism and pressure which deterred him. “Everybody tells you ‘it’s just a flash in the pan’, ‘it can’t last’, ‘it’s not a real career’, and you bow to the pressure and just get a job.” While he believes a transition to the arts is a less controversial move today than 20 years ago, these are the comments you constantly face in pursuing “an alternative career path”.

Having ignored the pressures, Batchelor’s career has been incredibly successful and allows him to work all over the world. He casually mentions that he is flying to Miami for work over the next few weeks, and that he’s “worked in nine different countries this year”. Based in the local area, some of his clients are IKEA, the University of Warwick, Coventry and its City of Culture campaign and (perhaps most excitingly) you may have seen his work sprayed across the walls of Kasbah. He frequently hosts courses and workshops for beginners, previous vandalism offenders and students.

Batchelor continually returns to the problems of inaccessibility of art in Britain. He partly attributes his late entry to the art world to the class divide. “The only people I knew that were successful at art were people who came from wealthy backgrounds, and they were mostly selling art to their wealthy friends.” Even within Warwick, Batchelor’s primary criticism is that the arts societies “deserve more funding and recognition” in comparison to more vocational societies.

Batchelor points out that artists such as Banksy have “set a trend and changed the world of art and how art is seen”, highlighting the importance of the accessibility of street art. Its grounding in rebellion has opened up the art world to more freely express opinions on politics, poverty and social movement. While Batchelor prefers to stay out of politics so as to not alienate potential customers, he stresses the importance of being “fringe” or “so subversive that it changes the game and becomes a mainstream thing” in social change.

Batchelor’s conclusion to the interview touches on every arts student’s worry about careers: “Do not be scared of success. We have it in us to be successful, so we mustn’t be scared of that. It doesn’t really matter what the thing you do is, but you’ve got to bring something special.”