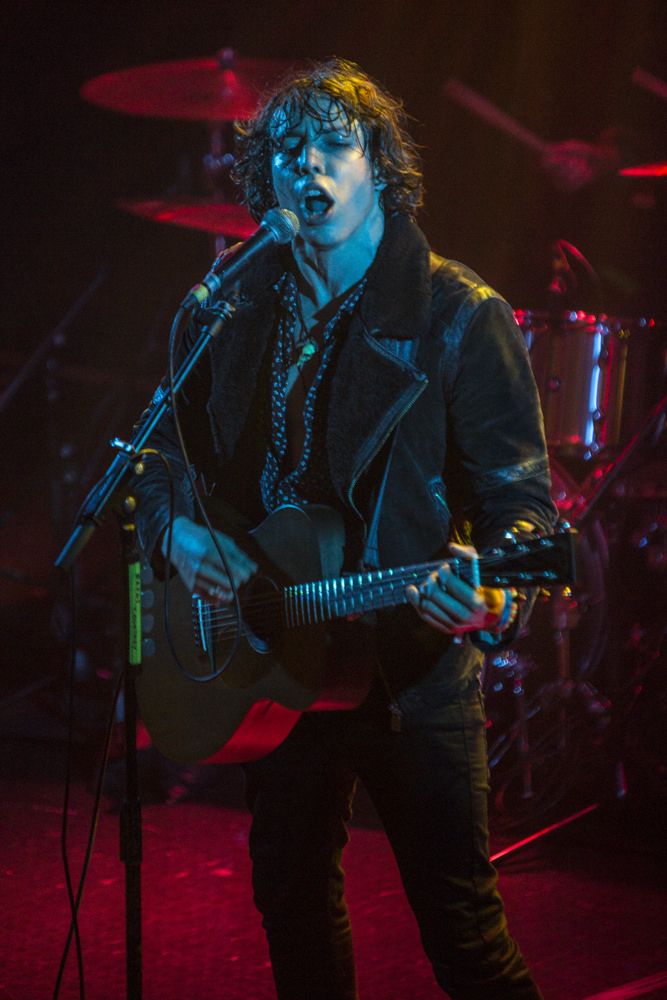 Barns Courtney is an up-and-coming indie-rock artist whose best-known songs include ‘Fire’, ‘Glitter and Gold’ and ‘99’. Courtney’s deep vocals and edgy instrumentals make him a familiar name on Spotify’s playlists and, after embarking on his first UK and Europe tour, he is sure to become a big name. Courtney’s debut album The Attractions of Youth has been praised by critics for its moodiness and its careful curation of both intense rock and soft melodic acoustics. Courtney’s style has been compared to the likes of Arcade Fire and MGMT, a treat for those who are a fan of the alternative rock genre.

Last month, Barns Courtney played Birmingham’s Mama Roux’s. The venue itself is perfect for live music; fairy lights are strung across the ceiling and the space is small and intimate with a bar and upstairs seating area. Even Courtney himself commented on the venue, saying that the aesthetic looked “as if we’re playing underneath the stars”. Courtney’s first UK tour has sold remarkably well, more than likely because his live performances at Latitude and Reading Festival were bold and captivating though he only performed on small stages.

Indeed, the artist’s performance is nothing short of remarkable. He has an overwhelming stage presence and utilises every aspect of the small space as he bounces around, flicking his long locks. The songs he chooses to play are a real mix: slow acoustic melodies as well as roaring rock ballads that have the crowd energised and dancing alongside him. The audience sings along with him to crowd favourites such as ‘Golden Dandelions’ and ‘Kicks’ but are also treated to an unreleased track, a steadily-paced song with meaningful lyricism.

For his final song ‘Fire’, which has frequented the radio, he jumps off stage and joins the crowd, lowering himself to our level during the bluesy final verse before jumping up and dancing alongside the audience at the chorus. Entering the crowd was intimate and really brought the music to life, especially because Courtney danced right next to me and the energy was electric. In true rockstar style (despite the bright lights and dancing) he still somehow manages to smell amazing – but probably only by some sort of witchcraft that only artists possess.

What I particularly like about Courtney’s gig is how genuinely excited he is to be performing. He thanks the audience for attending and allowing him to do what he loves – entertaining and performing. After the gig Courtney stays behind to greet fans and take pictures, once again thanking everyone and taking the time to answer questions and engage in friendly banter. Added to the small venue and immediacy of his performance upon taking stage, these elements made me as an audience member feel like I already knew him, thus ensuring that I will remain a huge fan. In fact, I am already planning to go to see him when he plays at Neighbourhood Weekender Festival in May – and I would suggest you do the same.

Overall, the Barns Courtney concert was a delight and the showmanship displayed by this young talent was captivating, almost every person in the crowd leaving the venue with a smile on their face after being thoroughly entertained by nothing short of a brilliant performance.