The issue of advertising on arts buildings

Advertising has become so ubiquitous in the twenty-first century that modern audiences tend to not even think twice about the seemingly eternal, mind-numbing string of ads, trailers and commercialisations that monopolise the cinema screen before the film even starts. Recently, however, the presence of advertising in a wider variety of artistic venues has been the subject of much controversy, and the ensuing debates have raised the question: should we resist the commercialisation of our creative spaces? Or are theatres, museums and galleries after all no different to our cinemas?

There was uproar in Sydney, Australia last month when it was announced that the barrier draw for the Everest horse race would be advertised on the sails of the country’s most recognisable building. Hundreds of demonstrators gathered at the Sydney Opera House to disrupt and protest the controversial projection. The protesters chanted “not for sale”, “whose house? Our house” and “not a f*cking billboard” and shone torches onto the building, seeking to interfere with the display. The protest followed a week of heated debate about Racing New South Wales’ planned projections, which were backed by the government.

Should we resist the commercialisation of our creative spaces?

Aside from the obvious controversy of tainting a world heritage-listed structure with such an invasive symbol of consumerism, the content of the advert itself was particularly polemical, as Australia has recently been experiencing serious problems with gambling. According to a report made by The Australian Gambling Research Centre (AGRC) in late 2017, an estimated 6.8 million Australians gamble regularly, whilst approximately 1.4 million Australians have one or more gambling-related problems.

Now the English National Opera (ENO) has announced that it has applied for permission to project adverts on to its safety curtain before performances. ENO is planning to use the curtain to show adverts for forthcoming productions and future operatic projects, but it is not clear whether this could be widened to include external advertisers in time. Playgoers in France will also soon have to sit through cinema-style trailers and advertisements before the curtain rises. 12 Paris theatres will begin projecting advertising and previews of upcoming plays on screens in front of the stage this month, and another 30 theatres across France are expected to follow suit.

A poll led by The Stage revealed that out of the 443 respondents, almost two thirds said they would object to theatres screening adverts during the interval. We can be fairly sure that whilst the idea is not to irritate theatre-goes, audiences who pay high prices for theatre tickets may not applaud the initiative. Critics of this new concept aren’t entirely wrong in believing that it is slightly demeaning for theatres to chase advertising revenue, particularly when the adverts themselves are in no way linked to art.

That being said, we cannot simply pretend that artistic venues are being funded adequately. From the all-time-high of 1.64 billion in 1946, UK cinema admissions have gradually declined to just 170 million in 2018. In 2017, it was reported that British museums and art galleries experienced a 1.4 million fall in visitors. Theatres are perhaps the exception, with an increasing number of people from all classes and ages accessing live performances. However, this increase in numbers coincides with a decrease in ticket prices for many shows. So how are our creative spaces meant to make up for falling receipts and subsidies? Have theatres had been wrong to shun advertising in the past? Maybe this could be the solution to boost revenues.

It is demeaning for theatres to chase advertising revenue, particularly when the adverts themselves are in no way linked to art

Promoting upcoming shows and artistic projects within art venues does not seem outrageous to me. After all, aren’t the best adverts at the cinema the trailers? They excite you and make you want to come back to watch these films on the big screen. Advertising a Shakespeare production at the London Coliseum, or a David Hockney exhibition at the Tate Britain is not irrelevant or inappropriate – if anything, it exposes people who clearly have an interest in art to a wider range of painters, directors, genres and styles. This form of advertisement is audience-specific and would be beneficial for both the venue and the spectators.

Advertisement provides an alternative method of keeping small theatres, art galleries and studios alive. When the performances and showcases are cheap, (or even free), we might have to accept that ads are necessary. However, we must also appreciate that when people have paid to escape the sometimes unimaginative and dull world we live in, being bombarded with commercialisation is frustrating. We need to carry on looking for other ways of getting the resources the arts deserve, notably from the state, before we end up forcing actors to stop for an ad before delivering a quip or a punchline. 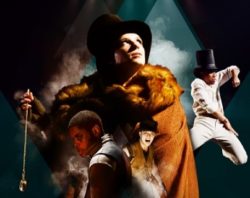 “Entertainment for adult and child alike”: a review of ‘Wilde Creatures’ 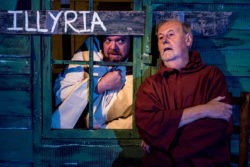