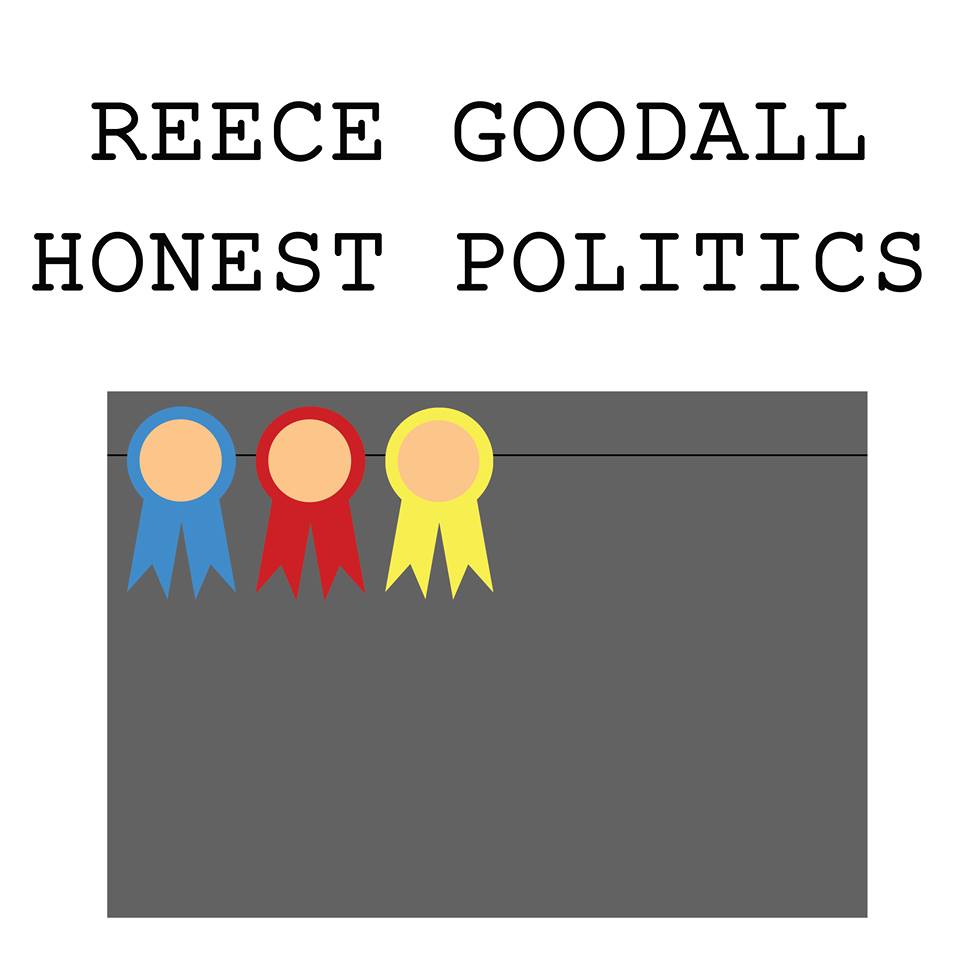 The University of Warwick’s very own Reece Goodall’s album Honest Politics, out on 7 November, reminds that not everything has to be political. The album features 14 songs, all with tuneful piano melodies and accompanied by Goodall’s warm vocals. From a song about man’s best friend to ones that will tug at your heartstrings, Honest Politics is bound to have at least one song you’ll love.

The album has so much variety, not only lyrically and thematically, but also when stripped back to the music itself. With upbeat tunes like ‘The Dancing, Singing, Talking, Swinging, Purple Cypriot Monkey’, and ballads like ‘I Love You’, the album clearly encapsulates Goodall’s talent.

Honest Politics is the perfect album for the current climate; the songs are stripped back, providing a refreshing sound that you don’t really hear on the radio these days. Contrast the simplicity of the production with the complexity of the lyrics and his sound becomes a reminder that not everything is as it may initially seem. By extension, the album allows its listeners to decide for themselves what each song is about, making listening a much more personal experience.

Goodall’s use of narrative and story-telling brings the album to life, allowing you to imagine yourself in the shoes of the protagonist in each song. By doing so, you find yourself exploring everything from politics to friendships in just 50 minutes.

We asked Goodall some questions about his upcoming album:

“A terrifying look into how I understand the world! It’s my first song album – 14 little numbers of me at a piano, singing about a huge variety of things – we cover a lot of ground over the space of 50 minutes.”

“Well, where do you start? Only one is a really personal song – I wrote ‘Leaving’ a few years back, for a girl who was my best friend and who I never got the chance to say goodbye to. Past that, though, it’s a right mix. Two of them are expanded versions of songs I did for some short films I scored (‘I Love You’ and ‘If You Need A Friend’), and then I put on a love song (‘Open Up Your Heart’) because that’s what you’re meant to do. I found that really hard – I don’t know how musicians do it. Plus, there’s the factor of my voice – it’s not one that was ever going to lead to an album of ballads!

On the whole, I thought of them as little snippets into different characters and situations – the ‘I’ in a lot of these songs isn’t actually me (‘Honest Politics’ is from the standpoint of a politician, for example) – or from playing with different genres. My partner tells me that I have a natural piano style – slow, depressing swing – but I didn’t want an album full of that, hence a tango, a lullaby, a country song.”

“I’ll give you two answers, if I may. I spent a lot of time writing ‘Elisa’ – it was the hardest to figure out, both in terms of music and getting the lyrics exactly right, but I’m very pleased with it, how layered it is. I’d say my voice seems most suited there too (although, given the content, that may not speak too highly of me!).

I’m also proud of my gospel number, ‘Praise The Lord’. I like gospel music – I’m not a religious guy, but there’s something so joyful in it. That was linked to something that happened to me once, actually. I went to New York and went to one of those faith healing shows – one where there’s a guy up on stage in white, and God heals the sick through him. I’d never seen anything like it, and I still remember it vividly. And now, I guess, I’ve reimagined it in song.”

“That’s a tricky question. I’m not that fond of political art in general, especially when it gets partisan (I made a conscious decision early on to not target any political stance in particular – ‘politicians are liars’ seemed the best tack). But you’d be mad not to imagine that it can be enjoyable, important or impactful and that musicians have a platform that can reach a lot of people.

I personally prefer my entertainers to be entertainers first and foremost – I’ve always found it a bit embarrassing when musicians stop their shows part way through and start a political rally. I also hate it when musicians are treated as experts on issues because they’re famous. One of the most Googled questions in the 2016 US election was ‘who is Taylor Swift going to vote for?’ – who cares? If that’s the biggest factor influencing your vote, your priorities are askew.

You can’t begrudge musicians their platform – and a lot of them are very keen on speaking out – but I do think that a lot of them lack the grounding to do it properly (and, if I’m honest, the political sophistication – look at Snoop Dogg’s song about murdering Donald Trump). I’m not in any way claiming that I do either, to be clear, but I’m not making any pretence about that!”

“Oh, you’re not wrong there – I don’t know if we’ve ever had such a bunch of useless, selfish crooks. And this is on the left and the right – I’m really dreading the next election because I honestly can’t imagine voting for any of them.

On my album, it’s hard to come up with a message, given that they’re such different tunes. But then, I guess a bunch of the tunes are politically loaded in some way – ‘Honest Politics’, ‘The Refugee’s Song’ and ‘Ants’ to an extent – but it’s not meant as some kind of revolutionary piece! And it’s key that not everything is political – at the end of the day, maybe it is just a fun number about taking your dog for a walk.

I think that maybe it plays to an idea of complexity…nowadays, one of the things we’re really missing is the idea of alternative understanding – people value their subjectivity so much that no other viewpoint or interpretation of something could possibly be valid, and I think that feeds back into our polarised politics.

I’m not going to claim that I built the album this way – the songs are very much individual pieces, with their own messages and stories – or that it’s saying something profound. One of the tunes is about a talking monkey – I mean, you don’t get further away from insightful than that!”