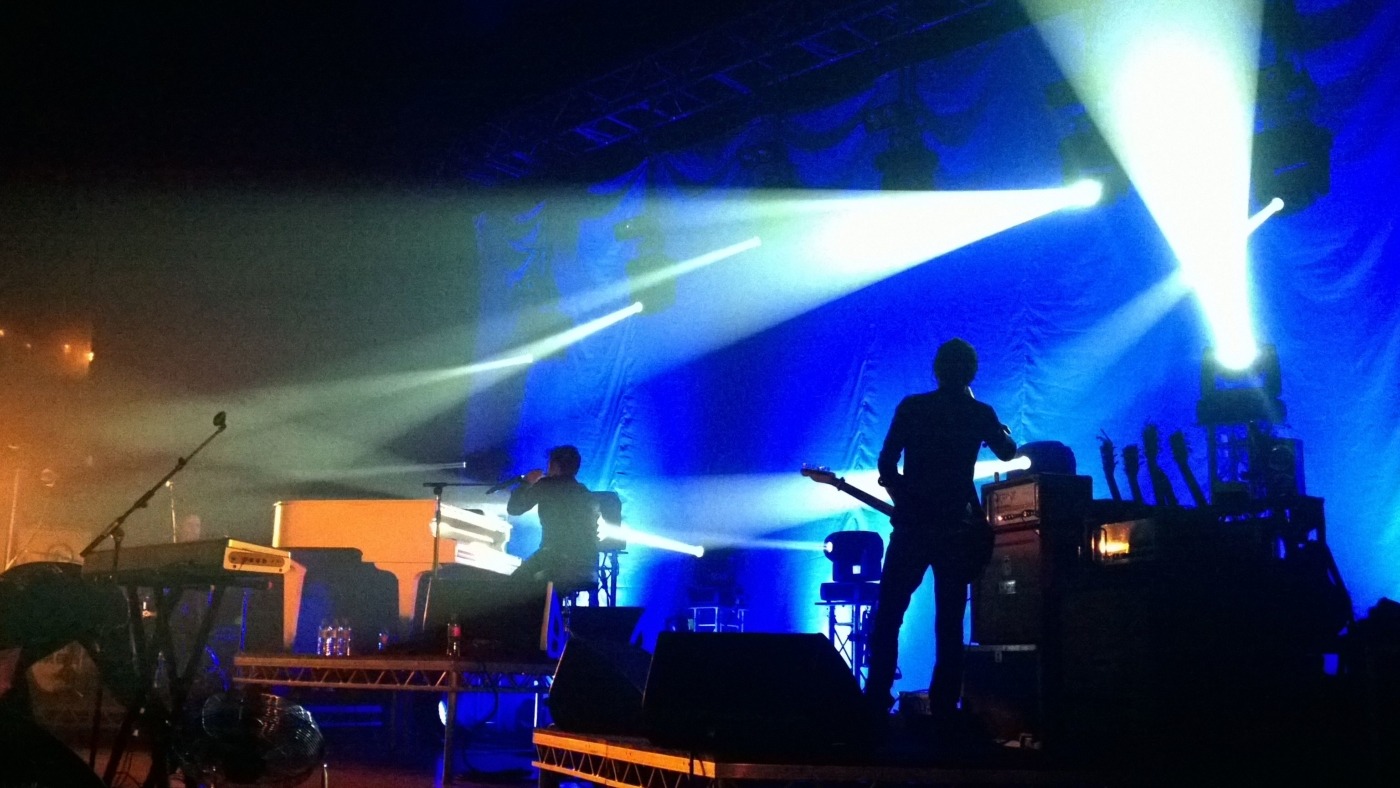 Scouting for Girls is a name that rings nostalgic bells in all our minds (myself included), taking you back to a time without deadlines, debt and disappointing bank balances. So as you can imagine, learning after an average Kasbah Monday in February that this band had released gig tickets for the venue we had just left was nothing short of fate. Without a second thought, £20 vanished from my bank account with nothing but a confirmation email and an inebriated dream to show for it.

For a significant while, the concert lay deep in the back of my mind and was only brought to my attention by the arrival of a ticket eight months later when, unexpectedly, my heart dropped. Printed on the ticket was “This event is for over 14’s only” and “Doors open at 19:00”. My childhood was being crushed by mere children who would more than likely have no appreciation for the vintage S4G.

While the band members all look older than I remember, time has been kind to them and they’ve matured very well

Upon arrival at the venue, a few things take me by surprise. There is no endless queue for the toilets, you can actually walk metres without being shoved, the bouncers look anything but stressed and while waiting to check in my jacket I notice one of the fish in that iconic tank has died. RIP Collyn. One more thing that surprises me is the immense variety amongst the crowd. Yes, while there are some teenagers present (intent on stealing my youth, of course) a range of people spanning ages up to the forties filled the majority of the crowd.

When I enter the main room, the centre and its balconies burst with those seeking the aerial view and a support band whose name I don’t catch plays to an atmosphere comparable to that of a busy pub. The support’s set I think is objectively good. They exit soon enough and buzz which sounds like anticipation travels through the crowd. A few pop songs blast through the speakers and then Scouting for Girls emerges. While they all look older than I remember, time has been kind to them.

Some moments are less exciting – unless you are my friend Ryan from Coventry University, who knows every word of every song and jumps like it’s Queen at Live Aid

Roy Stride (lead), Peter Ellard (drums) and Greg Churchouse (bass) walk onto the stage to a roar from the crowd and count themselves in to ‘Dancing in the Daylight’ which, due to its release as a single last year, is not as well-known by the slightly older crowd. Going down fairly well but not as well as it could, this all changes when the first few beats of ‘Heartbeat’ fill the room: the whole room knows the words and begin to sing along. As a side note if you choose to film at a concert try not to sing during the video as I found out the next day. There is a reason I was not on the stage.

As the night goes on a pattern begins to emerge. The songs from their earlier albums Everybody Wants To Be on TV and the eponymous Scouting for Girls are all met with screaming and jumping, whereas their more recent works incite less enthusiasm. Therefore, periods of great energy in the room manifest themselves while some moments are less exciting – unless you are my friend Ryan from Coventry University, who knows every word of every song and jumps like it’s Queen at Live Aid.

Remarks like “we should have come to Coventry sooner” are the kind of remarks I am sure he makes to every crowd – but, nonetheless, we were putty in his hands

However, my criticisms should not take away from the way Stride kept the crowd onside and enthused for the whole duration of the show. Remarks like “we should have come to Coventry sooner” are the kind of remarks I am sure he makes to every crowd – but, nonetheless, we were putty in his hands. His control of us peaks as he runs off stage and begins touring the balconies of Kasbah singing ‘I Can’t Help Falling in Love With You’. This is a nice change from seeing those who are killing time until the UniExpress arrives or looking for the friends they have lost to the night.

As the show ends the band finishes on ‘Elvis isn’t Dead’, which goes down so well that the crowd demands “one more song” until they return and give us not one but three more for the sake of it, this time finishing on without a doubt their most beloved song, ‘She’s So Lovely’. As I leave Kasbah I realise the time is only quarter to 11, so there was still time to head to a bar or two and keep the momentum flowing. In summary, it was one of the best nights I’ve had in recent memory; I’d recommend the band to anyone. Scouting for Girls, you were a blast.