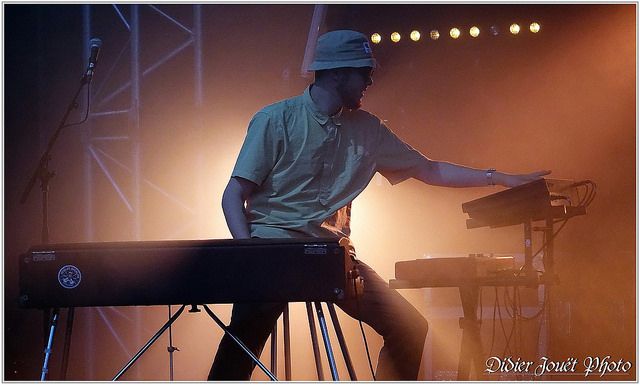 As clichéd as it sounds, the London jazz scene appears to be experiencing a renaissance of sorts. Spearheaded by an über-talented and highly prolific array of young artists, the once elitist and unapproachable world of jazz is crossing into the mainstream.

Though it would be redundant to pin down the ‘best’ artist emerging from this movement, Peckham’s own renaissance man Kamaal Williams is undoubtedly its most preeminent exponent. However, such is his high output and proliferation of aliases, it’s sometimes hard to understand exactly who he is.

Initially, musical director and session musician for Katy B, Williams received serious plaudits for his work as part of jazz duo Yussef Kamaal, a partnership between himself and that other pillar of the new London scene, drummer Yussef Dayes. Williams also DJs and produces moody, down-tempo house under the alias Henry Wu, and is head and owner of label Black Focus. Given the variation in his work, it’s no surprise that Williams rejects being pigeonholed as a jazz artist, preferring instead to describe his output as “the essence of the London Underground”.

His album The Return is a worthy successor to Yussef Kamaal’s Black Focus, which scooped them Jazz FM’s ‘Breakthrough Act’ award in 2017

This brings us to his new album The Return, which again has received major plaudits from such luminaries as Gilles Peterson. A tour-de-force of nu-jazz and broken beat, it is a worthy successor to Yussef Kamaal’s Black Focus, which scooped them Jazz FM’s ‘Breakthrough Act’ award in 2017. The resulting world tour in support of this release has served as a barometer of Williams’ ever-increasing popularity, selling out dates in Australia, Paris and London. Luckily for us, Birmingham formed part of the tour UK leg, so we headed on down, eager to see how his work would translate to a live setting.

First impressions upon entering the night’s venue, Digbeth’s Crossing, however, weren’t great. A small standing area and worst of all, a placid crowd, made me fear the worst. But thanks to the talent on stage, I need not have worried. The trio’s performance managed to toe the line between serious jazz chops and irresistible grooves, which gradually helped build a rapport with the audience and develop a real atmosphere.

Despite opening with The Return’s first track, Salaam, Williams and co. managed to avoid any released material without boring the audience. Slower, more melodic numbers were interspersed with more upbeat tracks bordering on house and funk that really helped to build the energy in the room.

This was in no small part due to the dynamic range of sounds the four-piece band managed to produce. Surrounded by various synths and keyboards, the perennially bucket-hatted Williams moved from bluesy Rhodes tones to Italo keys and acidic synth leads, the latter reminiscent of one of his great influences, Weather Report.

Sticks man McKnasty, aka Josh McKenzie, much like Williams produced an impressive array of sounds and timbres from his drum pads; it’s worth noting that it was McKenzie’s brilliant drumming that underpinned the whole performance, ensuring that the more abstract periods of improvisation from Williams and his labelmate, guitarist Mansur Brown, did not slow the tempo.

Overall, Williams did not disappoint. If you get the chance to get tickets for any of his upcoming tour dates in Brighton, Paris or London, don’t hesitate; you get the feeling they might be slightly harder to come by in the future.