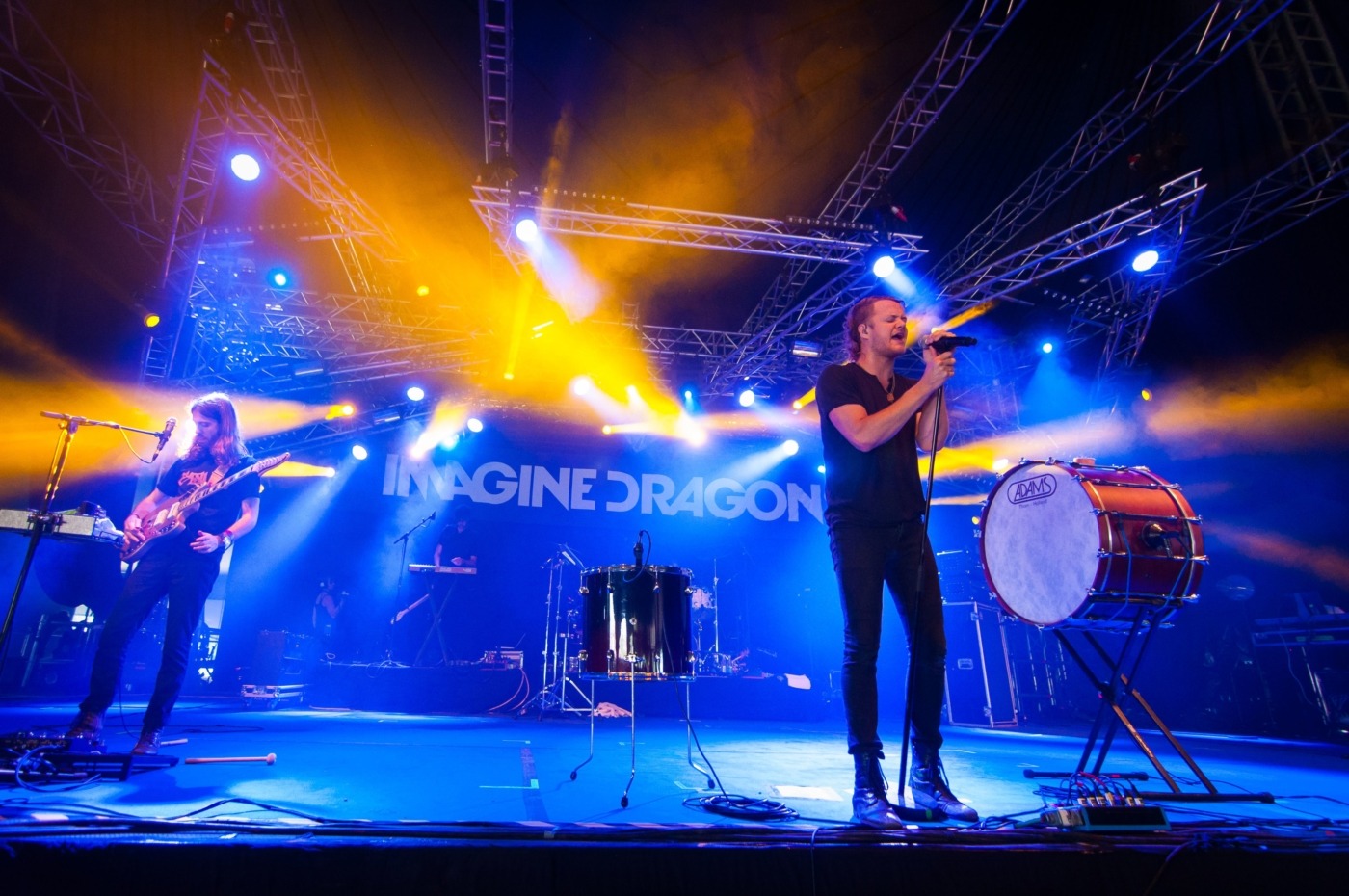 Alternative rock band Imagine Dragons have recently released their fourth studio album, entitled Origins. After a strong effort in their previous album Evolve (what I deem to be very much hit-and-miss), I was apprehensive in the advent of Origins that the band I loved so much would have changed their sound. Thankfully though, this fourth album feels like a return to their roots, while the generic mismatch and constantly fluctuating instrumental sound makes a relatively incoherent album flow.

Themes that run through this album including the threat of the modern world, love and loss – a standard lyrical affair for the Las Vegas quartet. The first two songs from the album, ‘Machine’ and ‘Natural’ align perfectly with the Imagine Dragons fans know and love. They’re equally intense, creating a mood of rebellion and no doubt will be used for trailers in upcoming months.

‘Natural’, a personal favourite, makes use of drums and lead singer Dan Reynolds’ bold vocals. It is riveting and offers a contrast to the softer, slower-paced pop-rock songs on the album. ‘Zero’, meanwhile, has already secured its place in Imagine Dragons’ hall of fame – the song was chosen for the new Wreck it Ralph film. ‘Zero’ is fun and upbeat, the main instrumental base a clapping beat which is perfect for an animated feature film.

The name Origins alone suggests a return to the beginning of their music career, perhaps in order to recapture the essence of what made them so captivating in the first place

As a longtime fan, I might be unintentionally biased in my analysis of this album. Many reviews have been unfavourable, often labelling it a rehash of the band’s old hits. However, that’s exactly what I like about Origins. The name alone suggests a return to the beginning of their music career, perhaps in order to recapture the essence of what made them so captivating in the first place. The album has standout hits such as ‘Digital’, ‘Natural’ and ‘Machine’ sure to get a crowd dancing at a concert.

The final song on the album is called ‘Real Life’, and it’s deceivingly upbeat. It uses whimsical electronic chords throughout to make it sound cheerful and the song’s lyrics, therefore, act as a perfect contrast, opening up a world of intense emotion regarding the horrors of everyday news. The song wonderfully sums up the feelings of a breadth of listeners concerning the apocalyptic horrors of the world – all while avoiding the trap of melancholy that makes a song difficult to listen to without getting tangled in despair.

Imagine Dragons are both too pop and too indie, too electronic and too alternative – like marmite, you either love or hate this mix of music manipulation

A general critique I have is that when listening to the album start to finish, the constant changes in genre and sound can feel like whiplash. The songs don’t tie very well together; some are bold rock ballads, others indie-pop – one even incorporates dubstep. If Origins was a Spotify playlist, it would be titled ‘Random Assortment of Great Standalone Songs’. The singles are perfect within their own bubbles – they flow well and each song’s lyrics are insightful, but when listened to consecutively the flow is disrupted. On first listen the genre-hopping annoyed me exponentially, but I soon adapted and found the album’s incoherence to be quirky and addictive.

Origins needs a few listens before it can be given a fair judgement. Its critique has been issued by many and, as always, Imagine Dragons divide fans. They are both too pop and too indie, too electronic and too alternative – like marmite, you either love or hate this mix of music manipulation. Perhaps I’ve been brainwashed, but since its release, I haven’t been able to stop listening to Origins, and I doubt I’m the only one.