There is a new sheriff in town, and his name is the Unexplained Wealth Order (UWO). What exactly is the UWO? In short terms, it is a new policy launched by the National Crime Agency (NCA) in order to combat financial crime by requiring people who spend lots of foreign money to explain the source of their wealth. The whole premise has been designed to target suspected corrupt foreign officials who deal in, as the financial times calls it, the ‘tide of dirty money’ that ‘washes’ through the UK. As well as targeting those suspected of serious criminal activity in the UK and abroad, the orders can be issued against ‘politically exposed persons’ such as politicians or civil servants, their family members or people close to them.

The National Crime Agency (NCA) believe that there are billions of pounds of this ‘dirty money’ being invested into the British property market but due to lack of evidence, charging these owners with a crime or seizing their assets is close to impossible. This is where the UWO comes in. Not only will it attempt to force these owners to disclose their wealth but it will also enable the NCA to apply to the High Court to seize the property if the owner cannot show a legitimate source for their income.

You may ask, ‘why are UWOs suddenly coming into the eye of the public?’. Well, the answer to this has something to do with a Mrs Hajiyevs and her spending a swift £16m in Harrods.

Mrs Hajiyevs, who is the wife of an ex-state banker, is the first target for the UWO and she has brought a lot of media attention to herself. Her lavish lifestyle and her husband’s sudden change in fortune brought her to the attention of the NCA. So, after her spending this questionable amount in Harrods with 35 credit cards issued by her husband’s bank, the NCA was able to apply to the High Court and request Mrs Hajiyevs to disclose her and her husbands’ wealth to see if this money was indeed legitimate.

Not only does she risk losing her £15m Knightsbridge home but also her golf course and her £31m jet if she fails to explain the source of her wealth to the High Court. Her and her husband Jahangir Hajiyev (the former Chairman of a state-owned bank in Azerbaijan) must now provide the NCA with a clear account of how they could afford this illustrious lifestyle and expensive estates.

The NCA is treating the Hajiyevs as politically exposed persons, and the case has given strong indications as to how it and other agencies are likely to use UWOs to target foreign officials and those close to them. This case has raised imperative questions about who exactly the future target of UWOs will be; particularly when NGOs such as Transparency International expressed its desire to take action against “powerful elites who enjoy impunity in their own countries”.

This leads to another question of whether these UWOs are the ‘cure’ for Britain’s reputation as a haven for dirty money. The director for economic crime at the NCA, Donald Toon seems to think so as he believes that UWOs “have the potential to significantly reduce the appeal of the UK as a destination for illicit income”. Indeed, he suggest they will “enable the UK to more effectively target the problem of money laundering through prime real estate in London and across the UK, and we will now seek to move further cases to the High Court”.

Duncan Hames who is the director of policy at Transparency International UK, has said the NGO was ‘delighted’ at the use of the UWO and that UWOs “should now be used more widely to pursue more of the £4.4 billion worth of suspicious wealth we have identified across the UK”. UWOs have the potential to change the nature of financial crime in the UK indefinitely as the case of Mrs Hajiyevs has shown, UWOs and the NCAs implementation of them have set a new standard of acceptance of financial crime in the UK.

Championing diversity in the City 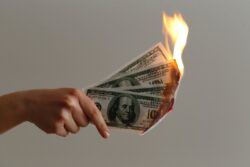