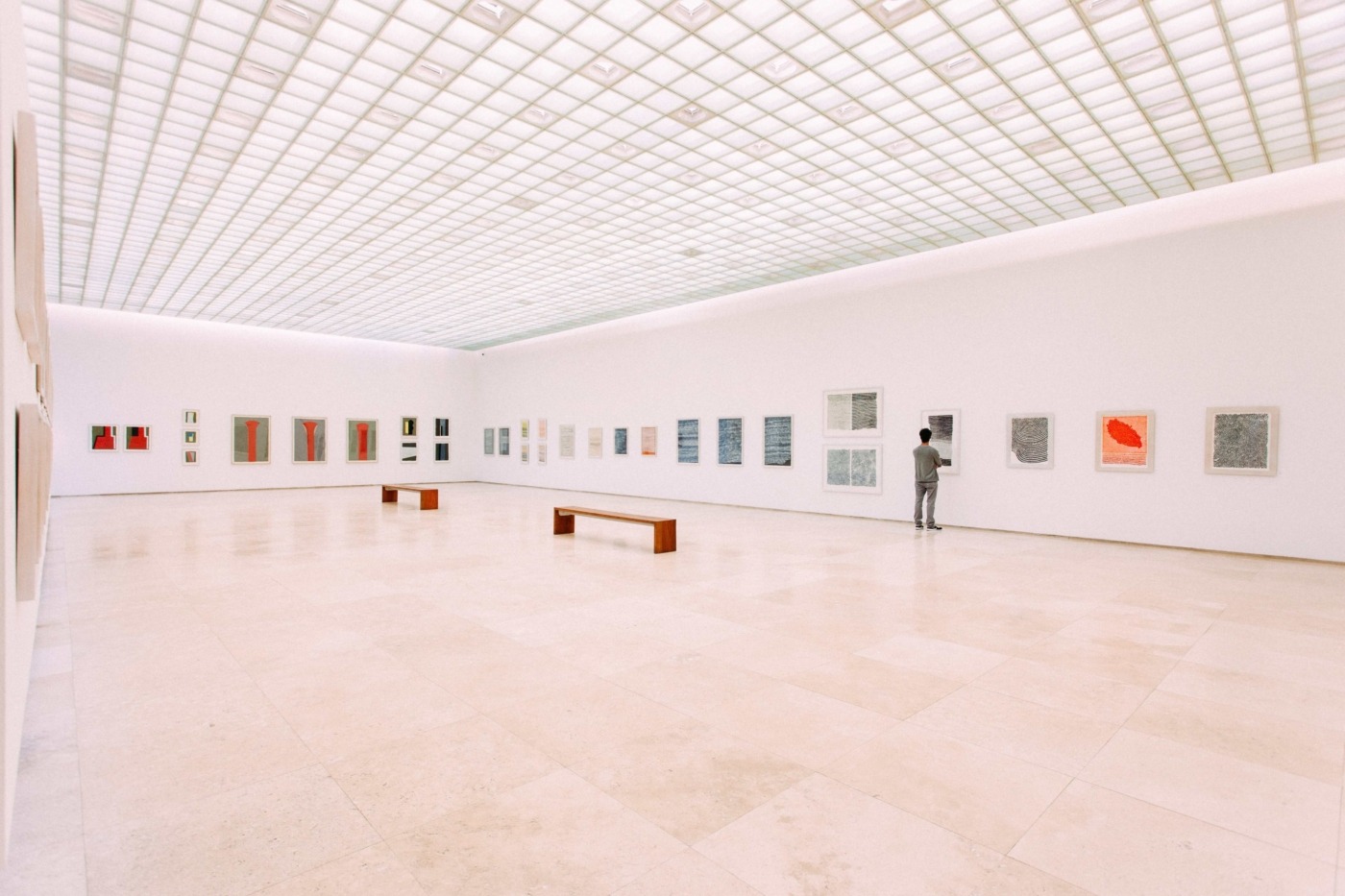 Christie’s auction house is renowned for flogging paintings by some of the most lauded artists in history at record prices. Back in 2017, when da Vinci’s ‘Salvator Mundi’ went under the hammer, it sold for a staggering $450,312,500 (£342,182,751) – making it the most expensive work of art at auction. The Renaissance master’s depiction of Christ as ‘Saviour of the World’ obliterated the previous Christie’s record set by Picasso’s cubist ‘Les Femmes d’Alger (Version ‘O’)’, which fetched a mere $179,364,992 in comparison. Christie’s New York has once again made headlines, having just held the first-ever auction of art generated by artificial intelligence.

The computer-created ‘Portrait of Edmund Belamy’ sold for $432,000 (£337,000) – more than 40 times the estimated selling price of $7,000-$10,000. The AI-generated painting depicts a slightly blurry portly gentleman, possibly French, with indistinct facial features. Dressed in a dark frock coat and plain white collar, there is some speculation that this is a man of the church. The composition has an off-centre displacement which means that there is enough blank space to show the artist’s signature: “min max Ex[log(D(x))] + Ez[log(1-D(G(z)))].”

Christie’s New York has once again made headlines, having just held the first-ever auction of art generated by artificial intelligence

Obvious – a Paris-based collective consisting of Hugo Caselles-Dupré, Pierre Fautrel, and Gauthier Vernier – are the ones responsible for the artwork generated by an algorithm. The French trio used an AI method called ‘generative adversarial network’ (GAN) to produce the piece.

If Art Attack’s Neil Buchanan suggested you “try it yourself”, he’d have you begin by feeding a dataset of 15,000 portraits (painted between the 14th and 20th century) into a computer system known as the generator. This stage of the two-part algorithm is responsible for producing a new, unique image based on its learning. A second system, the discriminator, then tries to spot the difference between a human-made image and the one created by the generator.

According to Caselles-Dupré: “The aim is to fool the Discriminator into thinking that the new images are real-life portraits… Then we have a result.” A randomisation feature in the coding means that the results are unique – something which the Paris-based collective says is very important to them.

To date, the trio have created 11 portraits, all arranged in the fictitious Belamy family tree – there is Baron Belamy resplendent in military sash and a Countess, looking like a distant cousin of Catherine the Great and draped in pink silks.  It is thought that that the series is named after the AI researcher Ian Goodfellow, who invented the GAN method in 2014– ‘good fellow’ loosely translates to ‘bel ami’ in French.

It’s not Obvious’ intention to put human artists out of business. According to Vernier: “There is enough space for us all… We see this as a new branch of art, in the same way as photography was in the 1800s. We’re a new generation of creatives, but we certainly won’t replace other innovative artists.”

Nicolas Laugero-Lasserre, a Parisian gallerist and art professor, is a champion of the collective’s novel works made by artificial intelligence. Laugero-Lasserre is known for his extensive collection of urban art by the likes of Shepard Fairey, Invader, Banksy, and Swoon.

We see this as a new branch of art, in the same way as photography was in the 1800s

In February, he added ‘Le Comte de Belamy’ to his collection. Purchased directly from Obvious, the artwork cost the French collector €10,000 (£9,000). In an interview with Artnes News, Laugero-Lasserre stated: “I just find it amazing that some young people built a programme allowing the creation of an original artwork, based on a selection of the ‘bests’ from past art history.” He added that the innovation was “grotesque and amazing at the same time.” The piece now hangs inside Art 42, a Parisian art gallery, and was a big step toward the collective being taken seriously. “At the beginning a lot of people were like: Who are these guys? What are they doing?”, said Fautrel. “But now we are considered true artists.”

The auctioning of the Belamy portrait, created by the GAN ‘mind’ and bearing the algorithm’s signature, clearly shows that the market sees a future for this new medium. Summed up rather nicely by Christie’s specialist Richard Lloyd: “It is a portrait, after all… It may not have been painted by a man in a powdered wig, but it is exactly the kind of artwork we have been selling for 250 years.”