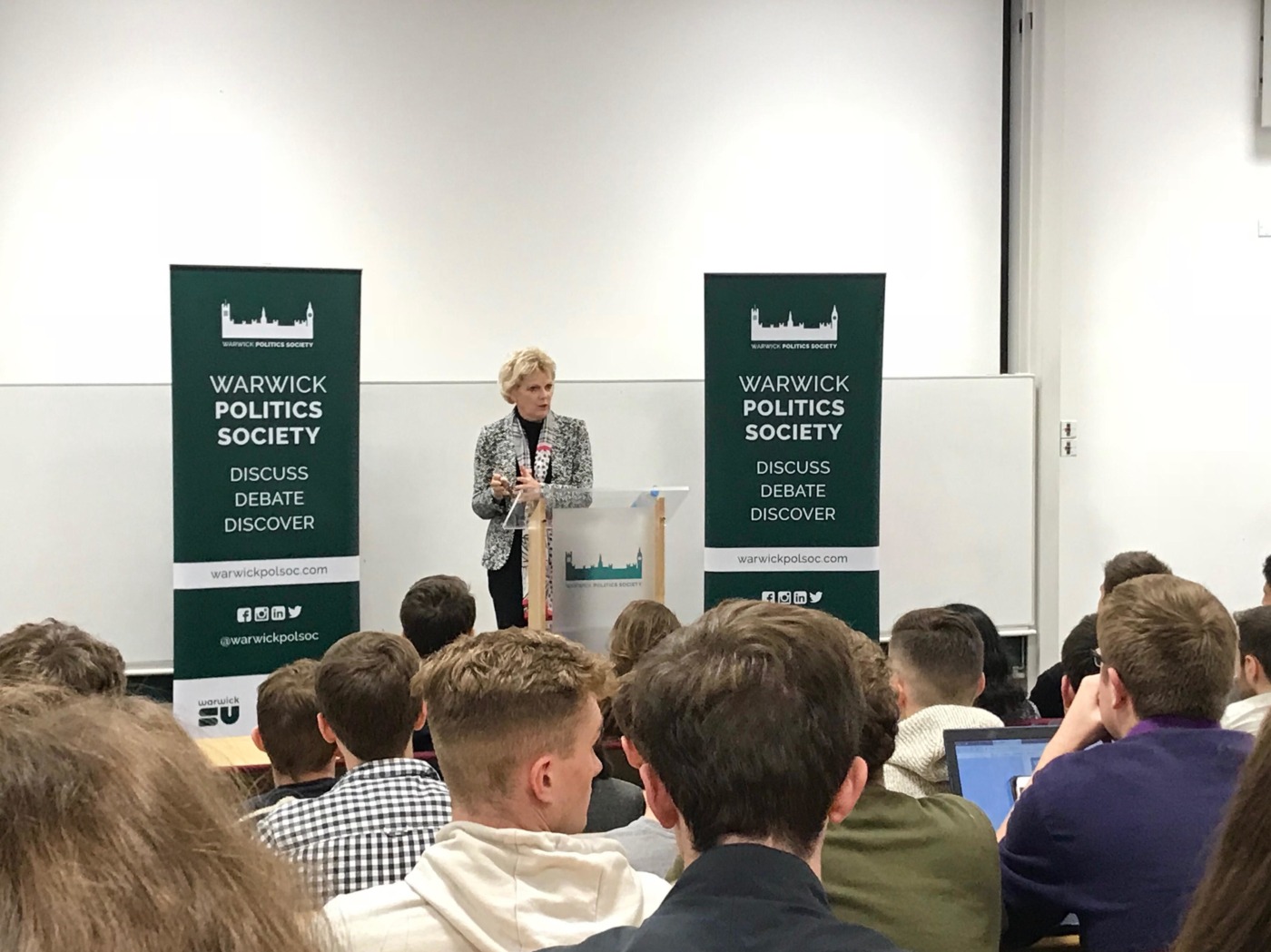 On Tuesday 23 October, under the invitation of Warwick Politics Society, Anna Soubry spoke to a full lecture theatre of Warwick students about Brexit and the Conservative party. She followed her talk with a Q&A with the audience, and an interview with The Boar.

“It’s not been a great two and a half years [for the country]”, she said. When asked about how she came into politics, the MP and former minister disclosed that she is no longer the “closet Tory” teenager from the University of Birmingham who joined the Liberals.

On student politics, Ms Soubry, despite early victories in NUS elections, said that her dream would end in what she later described as a “spectacularly unsuccessful” bid to become the union’s president. “I knew I wouldn’t win and I didn’t win,” she mused.

Addressing her uncompromising stance on the EU referendum and its aftermath, Ms Soubry reserved little criticism for her opponents in the “leave” ranks. Idealistic theories of Brexit, she said, have hit the “harsh dawn of reality”.

She explained: “Increasingly, [voters for ‘Leave’] are realising that we are going to pay 50 billion to the European Union, but at the moment, we don’t even have a trade deal.

“We were promised one, the easiest trade deal in the history of trade deals, and we aren’t going to get one if we leave for at least another two years. The one we just signed with Singapore took seven years, the one with Canada took eight years.”

As a persistent and public derider of Brexit, she lamented the lack of progress in negotiations thus far. She asserted that a Canadian style agreement, advocated by several prominent Brexit campaigners, would bring “civil insurrection” and end peace in Northern Ireland.

A leading figure in the cross-party People’s Vote Campaign, she is convinced that MPs simply cannot provide adequate representation for their constituents. Thus, a second referendum seems to be the default answer.

When asked if she genuinely thinks it is possible to reverse Brexit, the politician answered: “Where there’s a will there’s a way.”

The MP also enthusiastically praised the “wonderful hot-house of brilliant brains” the Erasmus programme brings together.

One of the huge benefits of immigration is the free movement of ideas, because you take your values and ideas with you

“One of the huge benefits of immigration,” she said, “is the free movement of ideas, because you take your values and ideas with you”.

The former Minister for Small Business pointed out her concern for the lack of women she encountered at the recent Conservative Party Conference. She theorised that the low participation of minorities in her party was tied to problems that the country was facing.

She explained that a perceived shift to the right, a rejection of the political centre-ground, and an “exclusive young male club” is damaging the diversity of the Conservatives, just as the “Little Englanders” of Brexit are isolating the UK as a whole.

“Did you know,” she shared, “proportionately, more black, ethnic minority people in America voted for Trump than they voted Conservative in last year’s general election? That is shocking.”

When The Boar asked about how students can be heard in the current political climate, she laughed and said: “Join the People’s Vote! Whatever your cause is or whatever your views are, get involved. You just can’t trust us oldies.” 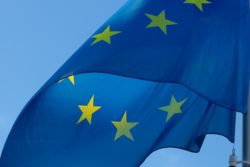