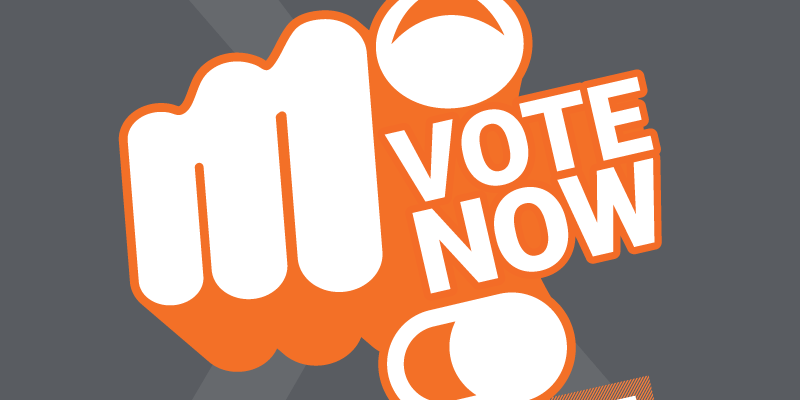 The All Student Vote (ASV) meeting was held on Monday 12 November at 5pm. After going through various motions concerning students and the University of Warwick, the Students’ Union (SU) opened the voting procedure at 9am the next day.

The ASV provides students with the opportunity to influence issues that the SU will campaign on later in the academic year, as part of the “Make Your Mark!” campaign.

Students can submit policy motions for student body to consider. Past motions include a lecture free welcome week, better bus services, affordable rent for on campus accommodation, and more.

Combatting freshers’ flu, repealing policy 93 to reduce voting, and reconsidering affiliations that the SU has with external organisations such as the NHS was also proposed and discussed.

After the motions have been submitted, they will be debated on at the ASV meeting, which was held in the SU Atrium on Monday. Following the meeting, polling open, to allow all students to vote on their stance towards the proposals.

This year, students will have until noon on Friday 16 November to cast their vote, which is all online and takes a few minutes. Successful motions will become official policies implemented by the SU.

Monday’s meeting saw an indicative vote which suggests that all of the motions would pass. For a detailed breakdown of each motion, see below.

This motion was mentioned in Postgraduate Officer Ellie King’s manifesto. As opposed to “unnecessarily” fining every overdue book, only overdue books that have been requested by other students will be fined. Only a few members at the meeting were against this motion.

No particular members were in favour of or against the motion. After an indicative vote for the motion, it was passed.

No particular members were in favour of or against the motion, which received no comments or questions from the floor. The indicative vote was in favour of the motion.

Currently, you can only vote for sports execs if you have paid the Sports Federation fee required by the SU. Sports Officer Balraj Dhingra agrees with altering this policy to allow all students to vote for them, as sports societies “shape the university experience”.

The indicative vote reveals that most are in favour of the change, while a few abstained.

The introduction of more antiseptic hand gel dispensers, mass notifications of flu jabs, and lecture capture – accessible to all students during the first few weeks, in case they could not attend lectures and to prevent the spread of the flu – were proposed.

Policy 93, “Greater Say for Students at Warwick on the NUS Leadership Elections”, was introduced in 2017 to conduct a binding vote on who Warwick’s delegates to the National Union of Students’ (NUS) should vote for as NUS Officers at the NUS Conference.

During the meeting, the issue of taking away students’ voices was raised, and rendering the role of the NUS president redundant. It was also noted that votes are not “well promoted”, as students only after a lot of advertising and promoting from the SU, which Democracy and Development Officer Ben Newsham disagreed with.

The problem of maintaining turnout and democracy was discussed as well, and that repetitive votes should not be conducted as students’ choices should be trusted. At the end, most were in favour of the motion, which would pass.

Currently, the SU is affiliated with the NUS, British Universities and Colleges Sport (BUCS), Advice UK, the Child Poverty Action Group (CPAG), the National Council of Voluntary Organisations (NCVO), the UK Council for International Student Affairs (UKCISA), and the Coventry and Warwick Chamber of Commerce.

SU President Liam Jackson stated that he would like to “maintain the SU’s current affiliations”. The floor raised concerns about the NUS bankruptcy, and questioned, “What have these societies ever done for us?”

There were suggestions to “pick and choose” organisations that the SU should be affiliated with. Mr Newsham clarified that some affiliations were legal requirements as part of the education act. The final indicative vote was in favour of the motion.

To find out more about the ASV and the SU’s work, you can visit their Facebook page or website. Videos of the debate can be accessed on the Warwick SU Youtube channel. The live tweet for the event is available on The Boar News Twitter page.