Book snobbery: don’t judge a reader by their chosen book

I recently watched the first episode of the new tv show You based on a young adult novel of the same name by Caroline Kepnes. Within the first minute, the main character, a young man named Joe becomes infatuated with the female lead who visits the bookstore he works in.

Through her ‘vibe’ and the way she is dressed, he attempts to deduce the book that she will buy. Apparently, she is too ‘sun-kissed’ for Stephen King and only ‘standard insecure nymphs’ buy Faulkner and, luckily for her, he approves of her choice of Paula Fox. We then go on to learn that they have something in common: their dislike of people reading books that are popular rather than picking something meaningful and teachable. It’s a shame because neither of them would pick up the very book that their characters come from because it fits the description of the first group of books more than the second.

What these two seem to suffer from is a case of ‘book snobbery’, the judgement of books and their readers based on their contents. Writers are guilty of it; publishers, book shops, customers, everyone seems to have an opinion on what books other people should be reading. The books that tend to be deemed low class are bestsellers. The argument being that if everyone has read it, it must be simple therefore there is nothing of importance to be gained for it.

There is nothing wrong with seeking enjoyment and entertainment over education

However, this argument fails to acknowledge that there is always something to be gained for reading any book, whether it is entertainment or simply supporting a struggling writer. It also fails to acknowledge that if it is a popular book, many people enjoyed it and there is a good chance it will be enjoyable to consumers. There is nothing wrong with seeking enjoyment and entertainment over education.

Books are there to explore the full spectrum of what it means to be human and book snobbery puts a value on those emotions, suggesting that some themes are worthier than others. Violence and sadness over romance and love, political statements over personal accounts. It is a very narrow-minded way of seeing things.

Take the Twilight books or the Fifty Shades of Grey trilogy, for example, where both books prioritise romance as their driving force and both have been embraced by large groups of female readers. Neither of them has an overt political or social message and is therefore seen as lower reading material than something like Fight Club or American Psycho, with their violence and fighting against the system.

How dull would the book industry be if the only books being read were those deemed to deal with serious matters?

Sadly, the majority of the books that suffer the most from book snobbery are those by female writers exploring female issues. A book from a female writer tends to be labelled ‘women’s fiction’ which cuts a large portion of the book readers and prevents female talent from gaining the wider recognition needed to win book awards or be taught in classrooms.

Book snobbery leads to people missing out on different stories, creating a tunnel vision for readers that affects the behaviour of publishing houses. How dull would the book industry be if the only books being read were those deemed to deal with serious matters? There should be an environment where people are allowed to read what they find entertaining, where it does not matter how you come to reading, just as long as they are reading.

At the end of the day, the publishing industry is a business, and everyone is looking to make money and bestsellers are the key to the industry. They help make jobs and perhaps most importantly they allow literary fiction the freedom it needs to find a niche audience and to sell fewer books. Without the likes of Twilight or the Fifty Shades books, there would be far less money for publishers to give out, meaning that fewer chances would be taken, leading to fewer new voices and less variation in the types of books written. 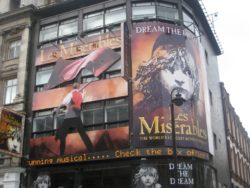