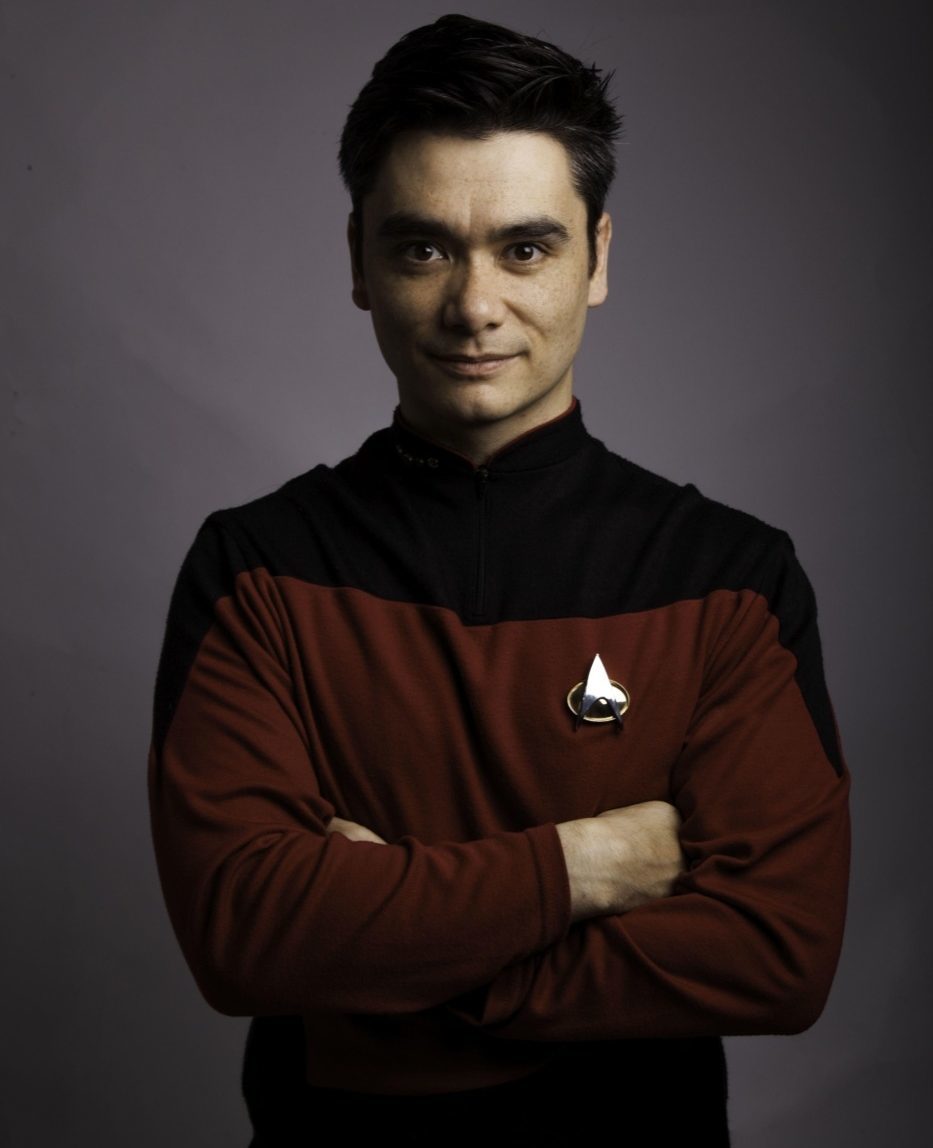 A review of Rik Carranza at the Birmingham Comedy Festival

Running from October 5–14, the Birmingham Comedy Festival is an independent festival primarily devoted to stand-up comedy. One of the largest independent art festivals in the region, it has been running annually since 2001. The majority of the events are ticketed, but on the two Sundays of the festival, the afternoon sets are free to attend.

The ‘Free Half-Dayers’ are spread between two venues, one of which is Cherry Reds, where I am today —  a hip, cosy pub situated a couple of minutes away from New Street Station.

I’m here to watch Still a Fan, an hour-long set by Filipino-Scottish comedian Rik Carranza that he performed at the Edinburgh Fringe in August. Reading the blurb before going into the show so that I have an idea of what to expect, I see that it’s about the trials and tribulations of a self-confessed Star Trek geek. I’ve never watched so much as an episode of Star Trek, but I do have geeky tendencies, so I try to be optimistic that I’ll ‘get it’.

I’ve never watched an episode of Star Trek but I do have geeky tendencies, so I try to be optimistic that I’ll ‘get it’

Thankfully, Carranza seems to have judged his audience well, and the show is inclusive of geeks of all stripes, from Trekkies to craft beer connoisseurs.

The show begins with Carranza engaging his audience by testing our geekiness. After asking the geeks in the crowd to identify themselves by raising their hands, they are subject to the ultimate test of geekdom. “Are you in a relationship?”, he asks. Answering in the affirmative means that you have to revoke your geek card.

With the identification of the real geeks in the room out of the way, Carranza then proceeds to discuss his own geekiness. He provides us with a chronological, autobiographical account of growing up East Asian in 1980s Granton (Edinburgh) that manages to be both funny and thought-provoking. Growing up, the pinnacle of East Asian representation on Carranza’s television was nameless takeaway delivery men (and Jackie Chan, obviously). Then, Carranza saw George Takei playing Hikaru Sulu in Star Trek, and he suddenly had the ‘inspirAsian’ he’d been waiting for: someone to look up to who looked like him and his Filipino father. Star Trek was a respite from the cold world of school bullies he had to endure every day. There are some in-jokes for the Star Trek fans, but there are an equal number of jokes for a wide audience.

Growing up, the pinnacle of East Asian representation on Carranza’s television was nameless takeaway delivery men

The bullying eventually led to his parents taking him out of his school and sending him away to boarding school, where it only worsened.

Things went further downhill for Carranza when he went to university, overindulging in the ‘uni’ lifestyle and dropping out after a year. The set takes a dark and unexpected turn, with the mood in the room shifting abruptly as he recounts a failed suicide attempt.

As an audience member, it’s difficult to know how to react. Is this supposed to be funny, you wonder? Thankfully, you aren’t left to wonder for too long. After a period of denying his true self, during which he abandons his love of Star Trek and replaces it with football in a vain attempt to be ‘normal’, he realises that he can’t continue to be ashamed of who he is. And so he embraces the Star Trek fandom again, and is a lot happier for it.

While on the surface the show is about Star Trek, the fandom is merely a medium for exploring the development of Carranza’s identity, from defiantly geeky teenager, to depressed, pretend-normal adult, to the fulfilled man he is today, having re-embraced his geekdom and found a partner who embraces their geekiness, too. You don’t need to be a fluent speaker of Klingon to laugh with Carranza when he jokes about the irony of comic conventions taking place in sports halls, a source of trauma for many adolescent geeks. His jokes resonate with anyone who’s been a bullied at school, or had an obsession that the people around them don’t ‘get’.

Still a Fan isn’t without its flaws – for example, while much of the set is characterised by an intelligent self-awareness that is often lacking in contemporary comedy, there are moments that draw raised eyebrows. Why does Carranza act so amazed that he met a woman who loves Star Trek? Are we not yet past the misconception that female geeks don’t exist? Furthermore, a joke towards the end of the set about sleeping with George Takei borders on homophobia. These gripes aside, however, Carranza offers an entertaining and insightful hour of comedy. And from what I hear from other attendees, the other performers in the Free Half-Dayers put on a good show, too. You could pay for much worse.