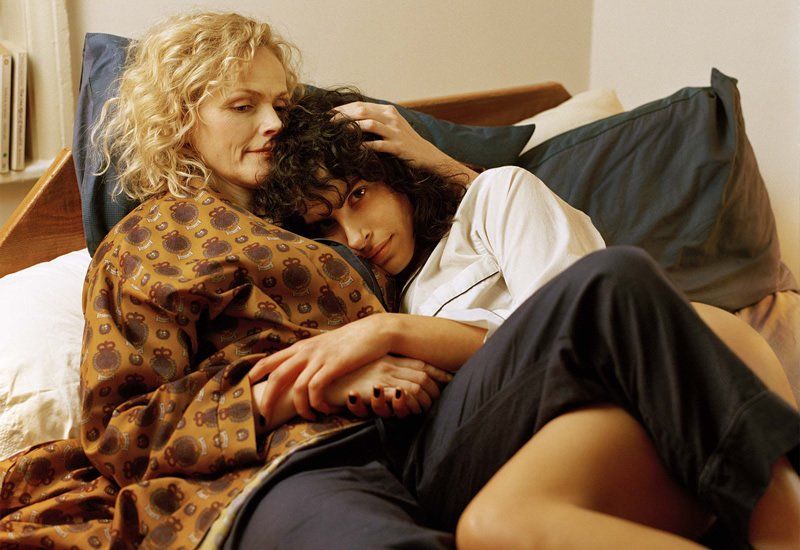 Bisexuality on the small screen

Romantic relationships are a common theme in all forms of media, and usually serve as the basis for many a TV show. It is almost inescapable. However, not all forms of love and desire receive the same kind of coverage as your typical boy-meets-girl or vice versa formula. Gay romantic stories have been more prominent in recent years in shows such as Dear White People, Empire and Unbreakable Kimmy Schmidt. But a person who is attracted to more than one gender has, until recently, largely served as a cheap plot twist. So, does the debut of The Bisexual mark a rise in a more nuanced representation of bisexuality?

When I sat down to watch the trailer for Channel 4’s The Bisexual a few words came to mind. Funny. Moving. Relatable.

And most excitingly, important.

No matter how you identify, I believe there are already suggestions within the trailer that there is something in this show for everyone. Having watched the first episode I can confirm this! Because whoever you love, relationships are hard, full of tricky complexities and learning curves. It is not just about getting to know another person, but getting to know yourself. It just so happens that, in this show, there is a particular focus on a group of people who haven’t received nearly the amount of coverage they deserve.

This doesn’t mean the show will be perfect. Already I am aware that there is an absence of a plotline that will tackle the issue of male bisexuality, which is far more rare than the presentation of bisexual women. If you have ever felt the undeniable connection of seeing yourself reflected in something as simple as a TV show, you will understand how the absence of it leaves for pretty banal viewing and a sense of isolation.

They’re just a plot device, something to throw in to give a show some edge then quickly brushed aside again

The problematic representation of bisexuality extends to even the most cherished of TV series. Phoebe Buffay is one of my all time favourite TV characters, she is timeless. Except for one episode in Friends that always leaves me feeling uncomfortable. Phoebe sings to a group of children, “Sometimes men love women/ Sometimes men love men/ And then there are bisexuals/ Though some just say they’re kidding themselves.” This is coming from a character who dates numerous men and is also hinted to fancy Ross and Monica’s cousin, played by Denise Richards.

Phoebe’s song is pretty representative of the way bisexuals have been treated in TV over the past few decades. They don’t really exist. They’re just a plot device, something to throw in to give a show some edge then quickly brushed aside again because who actually fancies men and women at the same time? Quite a few people as it turns out. The Guardian has reported that a YouGov survey suggests 23% of people in Britain identified as something other than strictly heterosexual, and 49% of people aged 18 to 24 feel the same.

The demand for greater representation of bisexuality has only been gathering more and more momentum in recent years. Personal standouts of characters on TV who just so happen to be bisexual are Rosa Diaz, played by Stephanie Beatriz, on Brooklyn Nine-Nine and Darryl Whitefeather, played by Pete Gardner, on Crazy Ex-Girlfriend. Their bisexuality in the shows is met with acceptance from their friends but even more importantly within themselves. They are also brilliant characters in their own right. No one can deny Rosa Diaz serves as a bad-ass role model and if Darryl’s attempts to make friends doesn’t melt your heart then I’m not sure what can help you this winter.

Desiree Akhavan, star, writer and sometimes director of The Bisexual, has discussed coming to terms with her own identity, and the difficulty of someone assuming who you are based on whose hand you’re holding at a point in time. It is an existence of invisibility that Akhavan seems determined to break down. If shows like The Bisexual can encourage people to not make assumptions and look past the surface, to allow themselves the freedom to explore who they are and who they love and not simply dissolve with shame, that can only be a good thing.

It’s true what Captain Holt – played to acclaim by Andre Braugher – says to Diaz, “Everytime someone steps up and says who they are, the world becomes a better, more interesting place.”

Now, that’s a line for the ages.