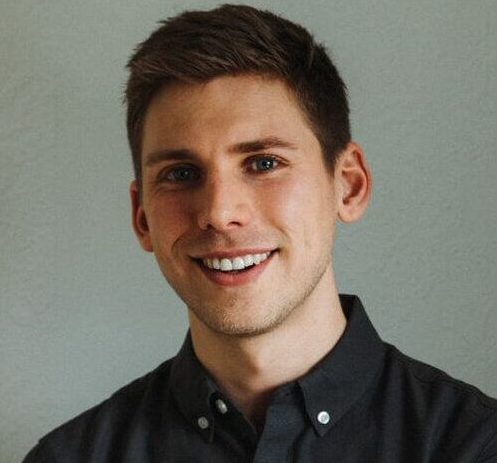 An interview with Lewis Smith, director of Kenilworth Arts Festival

Lewis Smith is a History PhD student at the University of Warwick, and director of the Kenilworth Arts Festival. We met during the festival at the Almanack, a distinctly modern bar and restaurant facing Kenilworth high street. Lewis was relaxed and amicable, with an unbridled passion for his festival, of which he is rightfully very proud.

To start, could you perhaps outline your aims for the festival, and also how you managed to direct this quite ambitious arts festival while being a student.

I did my undergraduate at Warwick, and then my masters too, during which I moved to Kenilworth. I got involved in the community by setting up an open mic night at the Tree House Bookshop. There was an old festival in the town once a year, and they were looking for fresh ideas. I made a proposal of a complete overhaul… we set up the festival in 2016 as a new beast really. I’ve been the director since then. This is the first year it’s been something like what we want it to be.

What is the process of choosing performers?

It’s a really fun process. Being a multi-genre festival [music, arts, literature], the possibilities are endless. We start by thinking, ‘what are the defining threads or criteria that link together and fit into a programme?’. We want to focus on new and original work, prioritising work that brings new interpretations and stories… finding the work of people we love. I want to have full confidence in the performers. The third year has snowballed into people approaching us; it has certainly been our most exciting year, with four Booker Prize longlisted authors. I still can’t believe it really. It’s not just about established novelists like Kamila Shamsie, but also debut writers like Michael Donkor and Sharlene Teo who have fantastic critical acclaim. The heart of our programme is mixing these highly acclaimed artists with newer voices in fiction.

We want to focus on new and original work, prioritising work that brings new interpretations and stories

Alongside these very impressive authors and musicians, there is also a focus on more localised events such as the Verve Poetry Press Showcase, as well as events featuring local authors and artists. How important was this in organising the festival?

We want to bring people to the town, and have international artists, but, at the same time, we recognise that there is great stuff happening locally. Verve is a perfect example of this. It was born out of the Verve poetry festival, which is just the most stunning few days of poetry… an amazing event.

I went to the writing workshop with Anita Sethi…

Yes, it was brilliant. I’m interested in how you organise events with moderators such as Anita. Who do you ask first, for example?

We ask the authors first. We knew we wanted to do a debut novelists panel, so we booked the writers, and then we approached someone who had interviewed one of them before and is used to that environment and that type of novelist, and that was Lucy Scholes, who writes for the Guardian. She was absolutely phenomenal. A bad interviewer can make a really interesting person appear very dull, so for us it is paramount. This is our first year with ten days, and the amount of support for events such as Rihab Azar [an oud player] has been overwhelming.

Kenilworth is an interesting town but it struggles for an identity, especially amongst students

How important is the community for this event?

Companies such as the Almanack and the local bookshops have helped us with venues and also with food for our artists in the former case. People have travelled far to come here. They will be eating in Kenilworth, shopping in Kenilworth, maybe staying in Kenilworth. It’s become the town’s festival, which opens up more unconventional opportunities for us too. It’s an interesting town with huge potential, but it struggles for an identity, especially amongst students. It’s like how some people say that Paris is bigger than France; the famous castle may be bigger than Kenilworth. I think that the City of Culture award in Coventry will massively influence the local area – Hull is a perfect example of this.

We also have a great collaboration with the University, and we are trying to schedule events based on the fresher’s week, but obviously it’s tricky as students are moving in during this time. It’s such a literary University, and we have alumni and staff as part of our events, for example Sarah Moss and Sophie Mackintosh. Kenilworth is so close to the University, but it often passes students by. This is why I want to get a mural on that end wall (he gets up and I follow him to the window, where he points at the huge plain wall that juts out against the unarguably bland high street). If you saw a great mural… it would change perceptions. Everyone recognises that there is potential here. If that’s the case, then as a town we should ask how we can make the arts accessible every day of the year.