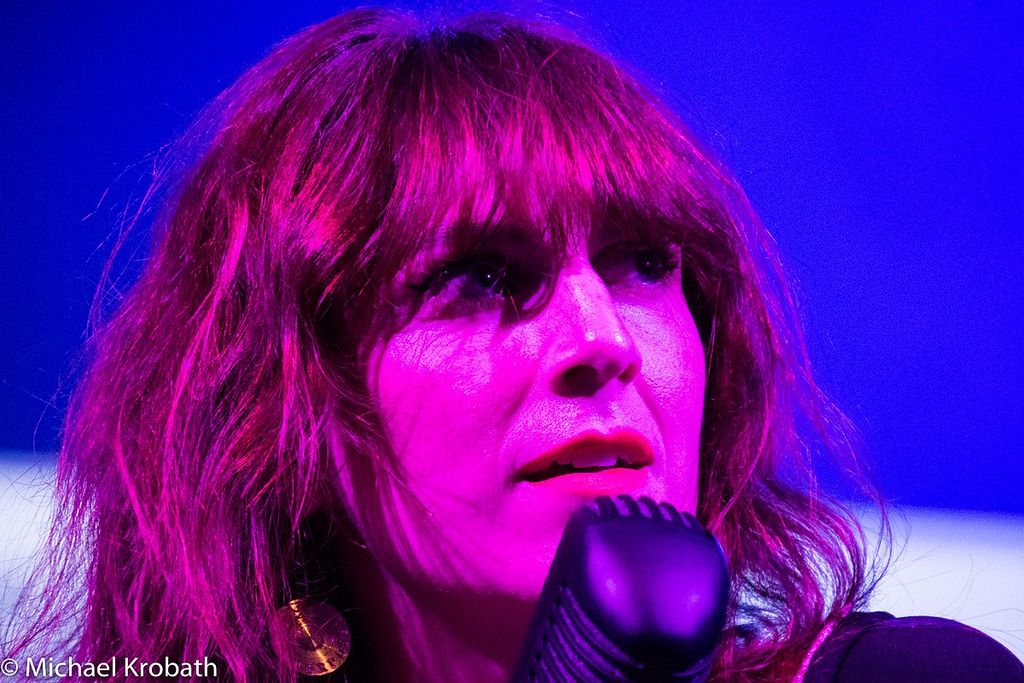 Thunderpussy upholds its reputation for putting on a great show

Thunderpussy is a four-piece rock band hailing from Seattle, Washington. Formed in 2013, and heavily influenced by classic rock legends like Led Zeppelin and Aerosmith, Thunderpussy manages to sound both fresh and nostalgic. But while they have the swagger of the stadium-filling hair metal bands of the 80s, they haven’t reached the dizzying heights of fame enjoyed by the likes of Mötley Crüe. The band had their breakthrough after they bowled over Pearl Jam guitarist Mike McCready with their performance at the 2016 Sasquatch! Festival. They were subsequently signed to his record label, Stardog Records, and their long-anticipated eponymous debut album was released in May. Since then, they have been supporting the record with an international tour.

An all-female act, Thunderpussy resent being pigeonholed as a ‘feminist’ band. This isn’t to say they don’t support women’s rights, but they want recognition for their music, not simply for being women in a male-dominated genre. It’s admittedly tempting to focus upon gender when writing about Thunderpussy, and is all too easy to recycle the familiar template for discussing all-female rock bands that has been rehashed by journalists for decades. And their name – which began as a joke, and has proved so controversial that the United States’ Patent and Trademark Office refused to grant it a trademark on the grounds that it is ‘scandalous’ – certainly doesn’t help. But Thunderpussy are so talented that it would do them a great disservice to allow gender to overshadow their artistry.

Over the years, Thunderpussy have developed a reputation for putting on a great show, and they do not disappoint in their showing at Birmingham’s Asylum. The night begins promisingly with support from Coventry-based psychedelic rock outfit Luna and the Moonhounds, who open the show with a dreamy and atmospheric set that rocks hard.  The audience is disappointedly small, but grows as Thunderpussy’s set approaches. When they enter the stage, the atmosphere in the room picks up immediately. Frontwoman Molly Sides is electric on stage: dressed in a skimpy leotard and black knee-high leather boots, she exudes confidence. Her flawless vocal delivery – a bit like a how I imagine Florence Welch might sound if she took her cues from cock rock and the blues instead of from Kate Bush – is combined with seductive stage gymnastics that demand her audience’s attention. Sides studied Dance at university before joining Thunderpussy, and it shows. Both Petty and drummer Ruby Dunphy – who wows the crowd with an energetic solo – have great stage presence, too, although bassist Leah Julius’ is somewhat lacking. Not only is Sides an enthralling performer in her own right, but the chemistry between her and the rest of the band is palpable, particularly that with lead guitarist Whitney Petty with whom she unashamedly flirts onstage.

The majority of the performance is an animated and upbeat affair, with Sides barely pausing for breath as she belts her way through the set, with a killer voice that makes you wonder how on earth she started her musical career as a backing singer (Petty was singing backup for a band called This Bitch Don’t Fall Off when she met Sides… And then Thunderpussy was born). It’s just a shame the turnout isn’t great, meaning that the gig lacks the theatrics of Thunderpussy’s more well-attended concerts, such as stage diving, a favourite of Sides. Nonetheless, Thunderpussy look excited to be there, and so do the crowd.

The show has a couple of standout performances. An unexpected, rambunctious cover of Jefferson Airplane’s classic rock hit “Somebody to Love” is the highlight of the show, and deserves pride of place on Thunderpussy’s next record. Their infectious theme song ‘Thunderpussy’, a punchy singalong track that delights the crowd, ends the concert on a high note. It seems they’ve yet to take off in the UK in the way they have back in their native US, but watch this space – the future looks bright for Thunderpussy from here.