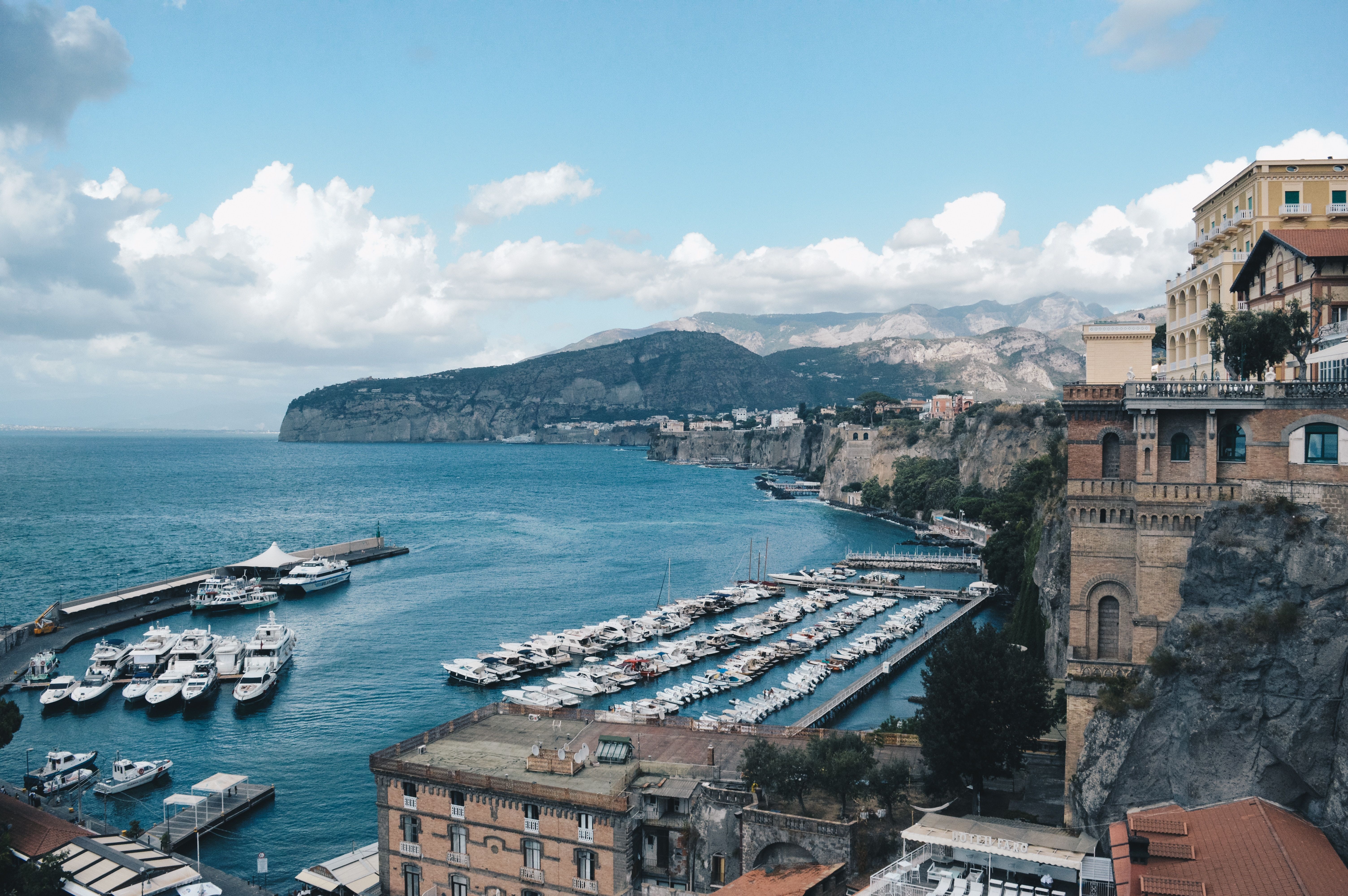 The day after exams finished, I jetted off to Naples for three weeks of volunteering with LESS, an NGO that supports refugees, asylum seekers and migrants. Voluntourism often gets a bad name, and I too admit to being skeptical, worrying my work might have a negative impact. It is a controversial topic and I’m not sure even I’ve fully made my mind up about where I stand. My History degree tells me it is wrong, whilst my personal experiences tell me otherwise. My experience of volunteering was wildly different from how I expected it to be, but on the whole, I can safely say it was one of the best decisions I’ve made. Volunteering abroad provides a fantastic way to travel, develop and expand your horizons.

I was afraid of being a probing westerner coming to gawk

I did expect to be working full days with the NGO and was excited at the prospect. Sadly, it turned out we were only working for three hours a day. Things were disorganised and during my first week I struggled with feeling I hadn’t achieved anything meaningful. By the second week, however; I was well into the swing of walking every morning with another volunteer through the Naples heat to LESS’s head office. There, I learnt about the multitude of problems refugees of all nationalities face when they arrive in Europe and how NGOs like LESS house young people in ‘camps’ to help them to pursue education, seek employment and integrate into society.

I am a History student and a total cynic. I was afraid of being a probing westerner coming to gawk at the poor unfortunate refugees. But most of them, sadly, did not much like Italy or have plans to remain there for much longer. They had aspirations to end up in Germany, the UK, Canada or the US, where they hoped there might actually be jobs. They were wise and sharp-witted, discussing global issues and the virtues of travel in broken English and French.

hey got to feel important, human

On the whole, Italy had not been kind to them and new threats are being presented by Deputy Prime Minister Salvini’s frightening policies towards migrants. I am not surprised then that they pounced on the chance to engage with Westerners that actually seemed interested in their stories. It was a chance to practice English, show pictures of their homes and families that would not be dismissed and just talk.

We spent an hour or so talking to a migrant from Ethiopia who had not seen his children in years. We realised that we both had a love for Bollywood films and had a wonderful discussion about our favourite films and songs. For him to be able to discuss something familiar and nostalgic was a novelty, I am sure. For a few minutes they got to feel important, human, and this totally changed my perspective on what western volunteers can bring.

I am not qualified enough to truly make a meaningful impact on the refugee crisis and help with legal or psychological matters (yet!) and so it could feel as though our efforts were superficial. But with the some of them still messaging us on Facebook, wanting to talk to us in English, I can see that I did in fact do something of value.

I met people from all over the world of all ages, and formed unlikely bonds. Though most were between 18-21 and at university, many were teachers making the most of their skills and time off to teach English. I was able to bond with a twenty seven year old high school History teacher about our love for History. One was in her forties, a mother of two. Meeting people from such a range of backgrounds and experiences is so valuable and hard to do in other situations, when you are travelling with friends or family.

Many formed truly special bonds with the people they met

My English accent and tea-drinking habits were certainly a point of fascination and conversations about all of our cultural differences were endless. It made me more self aware, made me think more about the things I see as normal and take for granted in the UK, that are different in other countries. When I came home, I found myself looking around London wondering how it must appear in the eyes of foreigners.

Voluntourism is given a bad name not only for its potential negative impacts, but for being an unreasonably expensive experience reserved for the privileged. And it can be expensive. But through research, you can find programmes that are better value for money.

Through fundraising and other means, it is possible to volunteer abroad for very little. It does seem ridiculous that you have to pay to do volunteer work, but what you pay for is safety, security, community and structure in an unfamiliar environment. But for my first time travelling abroad alone, certainty was what I needed. Volunteering abroad is a fantastic way to push your boundaries and experience something new whilst still having support.

You can travel alone but make friends easily; likeminded, passionate and adventurous people that have the same desire to travel as you. A trip to Italy with friends or family would have been lovely, but not the same. I was lucky enough to travel to Sorrento, the Amalfi Coast, Rome and Capri on our time off, and even the island of Procida for a World Refugee event. The ability to spend time somewhere and engage with the locals through volunteering is unique. Many formed truly special bonds with the people they met on their placements and it brought a whole new dimension to travelling.

Yes, volunteering abroad, particularly in developing countries, has major issues and any potential volunteers must seriously consider their motivations and goals for their trip. But in many senses, I came away from my trip feeling that the work myself and fellow volunteers did had an incredibly humanising role. For me specifically, working with refugees in Europe, I felt it was part of our responsibility as Westerners to do anything we can to counter the terrible devaluation of refugee voices in Europe today. They are received here with a shocking blow to their expectations, and with these people on our home soil i believe that we have a duty to do anything we can.

I back the idea that volunteer organisations ought to screen their volunteers and have a more rigorous application process before accepting people; it would do wonders for the quality voluntourism and the experiences of the volunteers, staff and recipients. When you’re surrounded by people wanting to just party, it can feel like you’re hitting a brick wall. But come with humility and the right intentions and you can truly do wonders for yourself and others.