Imagine you’re at karaoke. Be it that you’re there alone, with friends, with a partner, imagine you’re sitting there, a drink halfway to your lips, when suddenly, you hear the opening chords to ‘Don’t Stop Believing’. Suddenly, the whole vibe changes. Everyone in the bar knows the words, and all of a sudden you are linked together with that whole bar, singing along (regardless of musical ability) to music. You feel connected to everyone who surrounds you through the energy, mirth, enthusiasm and vague sense of purpose in the place.

The Edinburgh Fringe is just like that. Except slightly more Scottish.

The vibe bites at you as soon as you walk into the centre of the city, like the moment your toes touch cold water. There’s a feeling of movement, conversation, argument and laughter that makes the city feel, not just alive, but co-ordinated and interconnected. And if you don’t feel that sense immediately, walk exactly 30 feet, and see how many people approach you with flyers, asking whether you’d be interested in some stand-up, an improv show, or a politically-fuelled student piece. So far, my record is eight.

There’s a feeling of movement, conversation, argument and laughter that makes the city feel alive

But that’s really not a bad thing. One of the joys of the Fringe is that the barrier between audience and performers or creators is stretched as thin as it can be. Cast and crew will often flyer their own shows and will be more than happy to talk to you about the show, answer questions, and provide you with as many details as you like, their passion evident in their voices. And with so many of these flyers and street teams around, it’s hard not to succumb to their energy.

Everyone is on the same wavelength here, whether you’ve brought a show, you’re working for one of the venues, or you’ve come as an audience member. There’s an omnipresent sense of anticipation, with people hurrying to, leaving from, or advertising a wide range of theatre, comedy, dance, and spoken word. Every street corner is lined with flyers and posters for shows spread out across Edinburgh. And these posters are no casual ordeal: the creativity of the shows shine through, with designs that go from the dramatic to the abstract to the downright obscene. Keep an eye out for these. I guarantee you that a couple times a day you’ll stop on the street to add to your list a poster you’ve seen on the wall of a curry place.

The creativity of the shows shine through, with designs that go from the dramatic to the abstract to the downright obscene

The trouble with all this talent and active advertising is that there’s no way to experience it all. However long you’re up here, be it a week or the entire 27 days, you’ll realise you’ve missed a show that you were planning to see from the start of the month. Ultimately though, that’s just part of the deal. Once you accept that you won’t see everything, you won’t hold yourself accountable for what you have and have not seen. Even if what you end up missing is a show put on by a critically-acclaimed up-and-coming group, you just have to do the best you can considering the variety of content and finite number of hours in a day.

If I may offer a small bit of advice for those coming up here, it would be this: keep an open mind and a malleable schedule. There’s so much up here, and great experiences are so often hidden behind either advertising or time-slots that at first don’t seem massively appealing. But by sticking entirely to cover impressions, you’re likely to miss out on shows that you may have otherwise massively enjoyed. Yes, not every show will be golden, and you might end up wasting £8-10 on a show that turns out to be the worst hour of your life. But taking chances on the smaller stuff is an important aspect of the whole Fringe experience. By all means, check out the shows at the bigger venues such as the Pleasance, Guided Balloon or Cowgate, but occasionally pop into the smaller venues in independent theatres, or even just above or below random bars and cafes. Nine times out of ten, you won’t regret it.

The Fringe is a wonderful experience. Be it your first time here, your fifth, or even your fifteenth, you’re likely to find something new, something inspiring, and something astonishing that will make your time here memorable. Stay safe, be sociable, eat a vegetable on occasion, pack an umbrella, and have a great time.

Warwick at the Fringe: MTW presents A Monster Musical 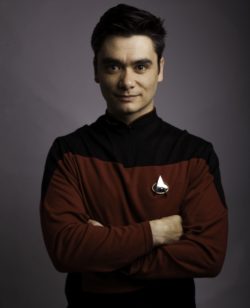 A review of Rik Carranza at the Birmingham Comedy Festival