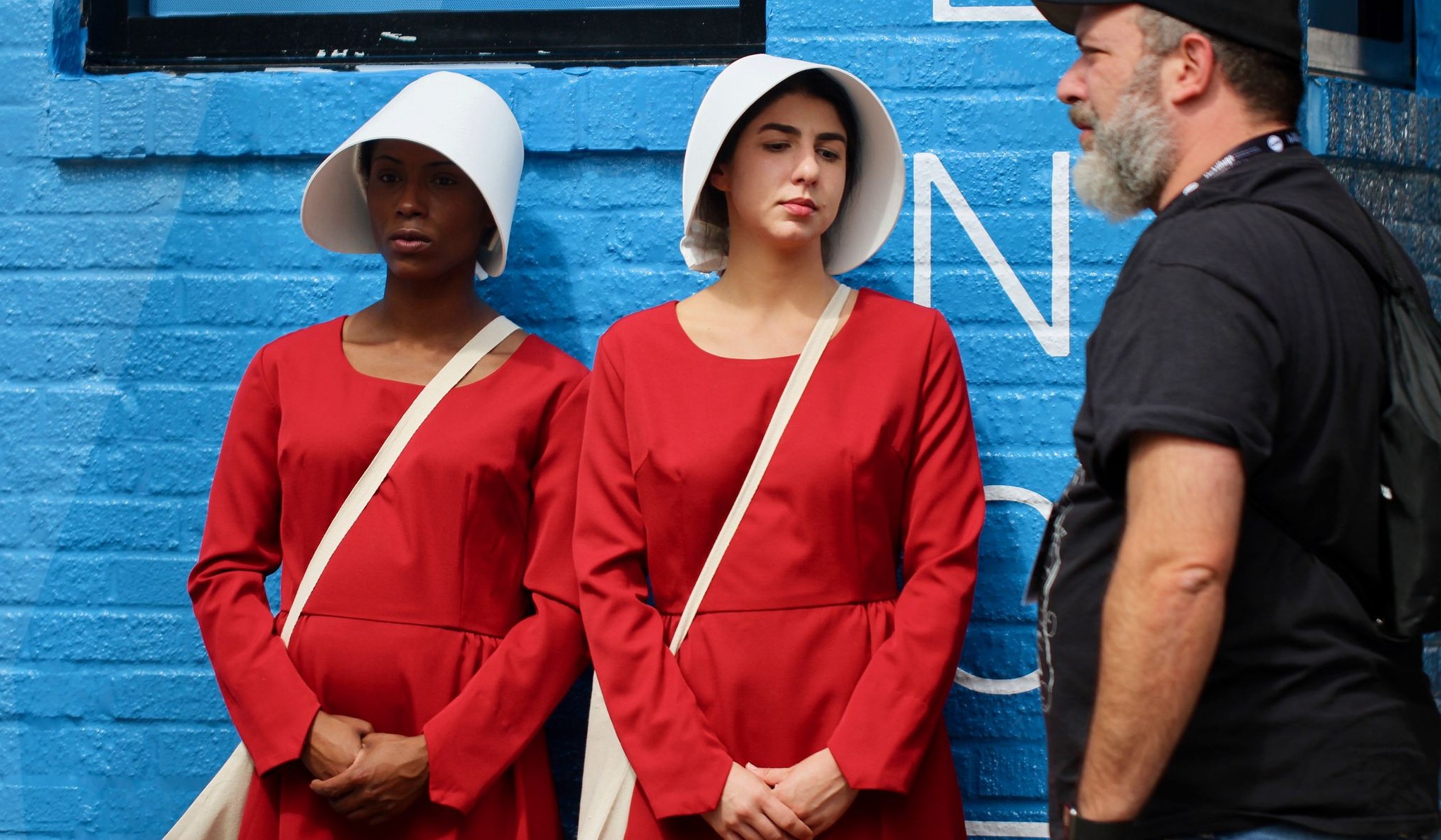 How is Atwood’s ‘The Handmaid’s Tale’ relevant today?

Published over thirty years ago, Margaret Atwood’s novel about women’s rights in a collapsed western society appears to be more relevant than ever before. In the era of Donald Trump, anti-abortion arguments and the #MeToo movement surrounding female sexual assault by those in positions of power, The Handmaid’s Tale seems to speak to our current political and social climate.

Atwood wrote her novel as a piece of speculative fiction, with the Republic of Gilead representing a dystopian future view of the United States of America. As a result, people are drawing parallels between what Atwood published in 1985 and the current political and social situation in the USA, claiming that Atwood’s novel was a prediction of events to come. This seems to be a view based too much in the power of hindsight; rather than her novel being purposefully predictive of our current Trump-era, Atwood was speculating in response to the Reagan administration.

Atwood started writing this novel shortly after Reagan was elected president, and was inspired by political and social issues of the time: attempts by Republicans to stop funding anti-abortion clinics, falling birth rates, issues surrounding newly available debit cards, and worries about rising infertility. These issues are captured and explored through the fundamentalist society in the novel, demonstrating Atwood’s ability to capture the state of society through her own prism of speculative fiction.

Reading is a two-way experience, a conversation between the reader and the text

Political observers have often commented that Reagan’s government and policies influenced the trajectory of road towards the Trump administration. It is no wonder that a novel written in response to Reagan’s era would have such a new resonance in our current situation.

As readers, we are going to read a piece of literature surrounded by our own experiences and historical context. Reading is a two-way experience, a conversation between the reader and the text. Readers of The Handmaid’s Tale today will of course find relevance in the novel, as the world surrounding us seems to reflect the society Atwood presents to us.

What is interesting though is that there appears to be a collective interpretation of The Handmaid’s Tale, and an agreement amongst liberal society that the novel has such a relevance. This is exemplified by the use of the Handmaid outfit as a symbol in political activism, with women dressing up in the now iconic, red, nun-like costumes to protest issues surrounding women’s rights. Here we see the power that a TV series or film has that perhaps a book does not: the power to create universal symbols. The descriptions of the Handmaid outfit in the novel are very clear and precise; however, it still relies on a reader interpreting it and imagining exactly what it looks like.

Following the release of the Hulu adaptation starring Elizabeth Moss, the exact outfit has been confirmed for the world’s perception of it, and can therefore become a symbol of protest much more easily, especially in an age immersed in imagery and visuals.

I think that it is the success of the TV series that has made people realise how important The Handmaid’s Tale is. It is due to the show that it has become such a mainstream and basically indisputable view that Atwood’s novel is so relevant today.

We have ascribed The Handmaid’s Tale with meaning that when first published I think Atwood only imagined in her worst speculative nightmares. Yet, thirty years on, her work is still as relevant as ever, but as a response of a society somewhat different to her original audience and in a world that has drastically moved on in some ways from the one she wrote in.

I think it is the best works of literature that manage to achieve this continued relevance across changing time and political circumstance. They are able to be reinterpreted by new generations and through the lens of new societal situations.

The Handmaid’s Tale will continue to be relevant during times when society appears to be in collapse and as long as there are issues surrounding women’s rights. It will continue to resonate when societies feel that they can read their situation in the fundamentalist, oppressive, and misogynistic structures present in the society of Gilead in Atwood’s novel.