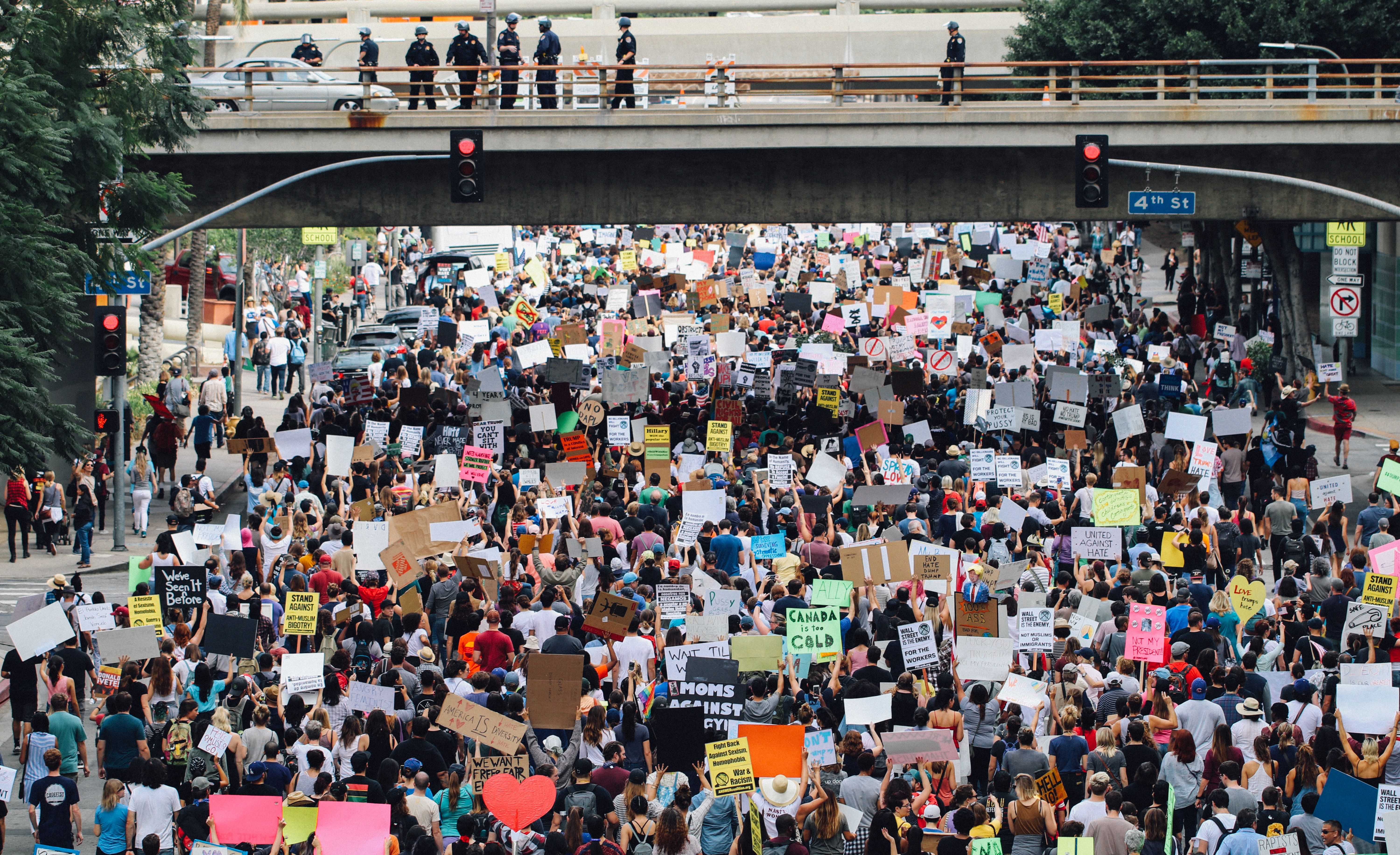 As a dual American and British citizen, 2016 was an interesting year for politics on both sides of the pond. Between Brexit and Trump, there was and is a lot to be frustrated about, as the repercussions are still playing out. These transatlantic flashfires of political instability were recently drawn together as President Trump met with Theresa May to discuss trade deals. The backdrop to these meetings was the resignation of David Davis and Boris Johnson, and yet most of the public’s attention was focused on the mass protests that took place over the country.

Watching these protests, I was torn between joy at seeing so many people standing up in politics, and resentment at the issues that Trump overshadowed: a rapidly deteriorating cabinet and no real sense of what Brexit will look like, two years into negotiations. With both the United States and the United kingdom in such precarious political situations, protest in the streets, however cathartic, must also strive for actual and relevant change. These are the lessons that Americans have had to learn, but with a deal still to be made, the British population can still shape the debate.

I have only ever been to one protest in my life. It was the Women’s March in London in January of 2017. I was angry and frankly disappointed at the results of the presidential election, and wanted to push back by taking part. I was brought back to this over the course of this weekend, looking at the images, videos and speeches from the protests that occurred across the UK, against Donald Trump’s visit. The streets were filled with people of all gender, race and age, all bearing signs and slogans, marching together under the Trump Baby balloon.  These two protests are among the largest in the past few years and and have received extensive coverage in the press, but the other similarity is the role played by Trump himself.

I was torn between joy at seeing so many people standing up in politics, and resentment at the issues that Trump overshadowed

Trump is an obvious rallying point:  his incendiary remarks, controversial views and divisive policies, as well as his sheer “meme-ability” have made for humorous signs in significant numbers.  It is true that his is a presidency like no other. However, Britain is also at a political turning point, as 2016 was also marked by Brexit, the consequences of which are only beginning to unfold. But where are the tens of thousands of people out protesting Brexit?

Brexit is a topic just as polarizing although perhaps not as easy a target of critique as Trump: it’s a concept, not a person, and isn’t constantly publishing tweets to make fun of. Even as a political phenomenon, it is largely fragmented and scattered across the political spectrum with different  actors, nuanced terms and uncertain outcomes. However, there are a plethora of people towards whom political apathy can be directed, with no shortage of characters for political satires and cartoons. If you’re looking for funny hair, look no further than Boris Johnson.

A case could be made that the scheduled arrival of Trump aids activists and organisers, giving a clear date and time. Over the past two years, though, anniversaries and landmark decisions have been conveyed not by images of people in the streets, but speeches, official statements and news articles about the past and the future. Conceptually, there is no shortage of  times, places, people and issues to protest against when it comes to Brexit. So why aren’t people in the streets for these issues, when they have much more direct consequences for them?

Brexit is a concept, not a person, and isn’t constantly publishing tweets to make fun of

It’s not just the numbers on the street, but how these events are covered. People can hold more than one view, and indeed criticism was directed at May’s own politically tumultuous week, with the resignations of both David Davis and Boris Johnson. But by the time Air Force One touched down, the news cycle had moved on, and there was only one baby blimp flying over the crowds.

It’s easy to vilify Trump. As someone who voted Democrat in the last election, I know only too well. But Trump is not the be all end all of political dissent, he is just the easiest target of frustration. The problems that the UK government has to deal with are just as important and arguably more significant to the people standing in Trafalgar square. Don’t let the focus on Trump detract from your own house, don’t dissent only when its easy. If you disagree with what he is saying, that’s fine, but how are you going to ensure that your own government doesn’t say the same things?

In a speech addressing the crowds at Trafalgar, Jeremy Corbyn saw a people “united in hope.” But this unity a narrow one, as it is not reflected in British politics or protests against our own government. I see these marches and agree wholeheartedly with what they are saying, but I cannot help but to also see the denial in these protests. Hashtag and twitter politics might be international, but the legislative consequences are still largely local and whilst lambasting POTUS is satisfying to our sense of normalcy in politics, it isn’t politically productive for someone living in the UK. Brexit, on the other hand, is an active process that is going on and the people, not the polls, can still change its outcome.