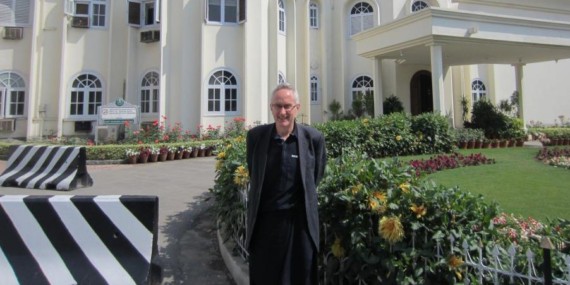 Recently established university regulator, the Office for Students (OfS), warn that universities which fail to improve student diversity may have their tuition fees cut by a third.

Sir Michael Barber, chair of the OfS, told The Daily Telegraph: “It is simply not acceptable for anyone’s background to be a barrier to accessing the rewarding opportunities that world-class universities offer and we will not hesitate to use our powers when necessary to improve access and participation.”

He stated that he will “use his powers” to reduce tuition fees from £9,000 to £6,000 for domestic students if universities do not admit more students from underrepresented backgrounds. The impact on fees for international students is unclear.

A freedom of information request by Labour MP David Lammy in October 2017 revealed that 13 colleges at the University of Oxford failed to make a single offer to black A-level applicants over a six-year period.

Figures from Oxford also showed that the proportion of black UK students admitted to Oxford last year was less than two percent, with some colleges failing to admit a single black British student between 2015 and 2017.

– Sir Michael Barber, chair of the Office for Students (OfS)

After the data was released, the university admitted it “still has more work to do in attracting the most talented students from all backgrounds”, and said it recognises that the report shows it needs to “make more progress”.

For the University of Cambridge, a freedom of information request by the Financial Times revealed that six of the 29 undergraduate colleges admitted fewer than 10 black students between 2012 and 2016.

Cambridge defended the admissions data and claimed that they accepted a total of 58 black students. In an open letter on admissions, they said: “The University of Cambridge cannot single-handedly fix this endemic problem of academic attainment which afflicts all levels of education and society as a whole, reflecting deeper-seated inequalities across the country.”

Sam Gyimah, the higher education minister, said that the failure of Oxford and Cambridge to admit students of underprivileged backgrounds was “staggering”, and warned that they could be fined by the OfS.