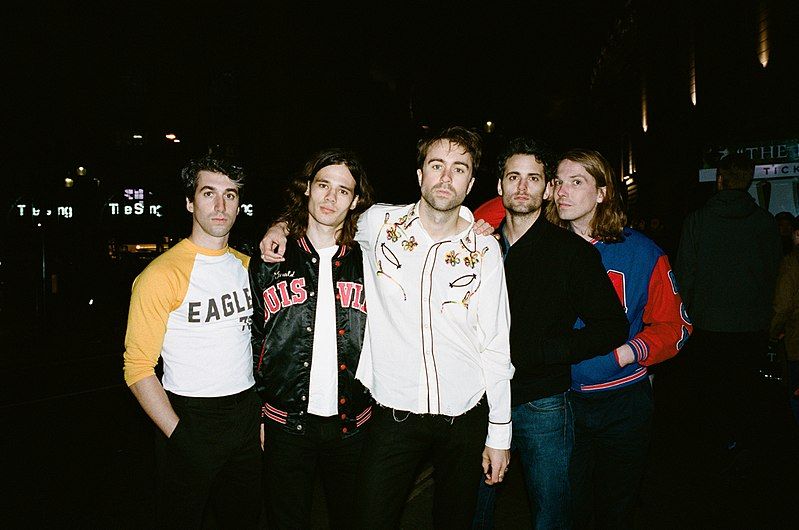 “I guess we’re still doing the band thing,” lead singer Justin Young reflects as he surveys the London crowd. It seems so. With a recent change in line-up and new album Combat Sports under their belt, this massive Alexandra Palace show marks something of a homecoming for the Vaccines.

Having opened with the impressive yet somewhat tame new track ‘Nightclub’, the band waste no time in setting out their true intentions. Before the crowd can drink in the surprisingly incoherent dress code (comprising everything from track jackets to suits) and the disco ball spinning overhead, the unmistakable drums of ‘Wreckin’ Bar’ sound. Immediately striking is the sheer pace of the set, with the last chord of one song frequently the first of the next. ‘Teenage Icon’ still proves a punchy crowd-pleaser whilst also showcasing the band’s ability to bring together humility, wit and a fair dose of sarcasm in their lyrics; “I’m not magnetic or mythical; I’m suburban and typical”.

The racing atmosphere shows no signs of slowing, and is for the most part welcome. There are points however, such as during ‘If You Wanna’ in which the infamous riff underpinning the chorus is almost left behind in the rush. There is little time reserved for emotional speeches, and The Vaccines let the music do most of the talking. Luckily, they have a back catalogue more than capable of this, as the band catch a breath in the brilliant ‘Wetsuit’. “We all got old at break neck speed, slow it down go easy on me”; the singalong builds from its moody beginnings to a stadium-filling anthem and shows off impressive vocals, when they can be heard over voices in the crowd of course.

The vast majority of the set is, much to the crowd’s delight, “from the vaults”. “If you don’t know this next song, you’re in the wrong room,” says Young bluntly before giving 2011 hit ‘Post Break-up Sex’ an outing, and it appears no one has wandered in by mistake. Other older cuts such as ‘Melody Calling’, ‘Bad Mood’ and ‘I Always Knew’ also get an airing, while new material goes down surprisingly well, with Combat Sports’ lead single ‘I Can’t Quit’ proving a stellar choice. Saddening though is the muted reaction to tracks such as ‘Out on The Street’ and ‘Take It Easy’. Combining the irresistible hooks of the Vaccines’ early work with the lighter, airier sounds found in ‘English Graffiti’, one wonders if some in the audience need a little more time to warm to the new material.

Whilst their live sound undoubtedly differs from the heavy production of their studio offerings, it is no less impactful – if anything, it’s more honest

Aside from a well-chosen set, it is worth taking a moment to consider how great the band sound. New drummer Yoann Intonti fits the bill well, whilst new keyboardist Timothy Lanham adds something markedly different, his work indicating a refreshed musical direction. Likewise, whilst their live sound undoubtedly differs from the heavy production of their studio offerings, it is no less impactful – if anything, it’s more honest.

The best is unsurprisingly saved for last, and a three-song encore picks up exactly where the band left off. The band ask, “why don’t they put it on a T-shirt?”, and look as if they are genuinely wondering. ‘No Hope’ is blistering indie rock at its finest, and a rousing rendition of ‘All in White’ brings the house down. The Vaccines deliver fast paced rock-and-roll that doesn’t take itself too seriously, along with a spoonful of nostalgia and a nod to what lies ahead. Then again, what did you expect? 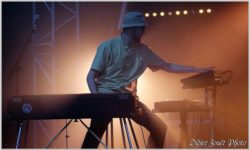