Across the UK, 60 student unions are representing “just under one million students” to call for MPs to support a “people’s vote” on a final Brexit deal.

In October 2017, analysis undertaken by the London School of Economics (LSE) for the All Party Parliamentary Group on a Better Brexit for Young People presaged “deep concern” about the “negative impact” of the divisive referendum in 2016.

Furthermore, previous research from the LSE suggested that turnout among young people in 2016 was around 64% in the 18-24 group, of which 70% voted to Remain in the referendum.

A first-year History student said: “With decreased growth in the economy from Brexit, we run the risk of lower job growth, particularly graduate jobs that are highly skilled, or in services which won’t have access to the EU without a passporting agreement.

“A lot of graduates are likely to end up in jobs below their skill level, unable to find work in a stagnant economy.”

What is striking is not just the mistruths that were told about specific policy proposals on funding, immigration and the economy, but what wasn’t said

For Our Future’s Sake (FFS), a campaign led by students and young people across the country, organised a joint letter and stated that they “believe that the European Union has been a force for good for UK Society”. They claim that “the ability to travel, work and study abroad freely and easily is something our students value.”

They added: “We also note that a significant number of our members were unable to vote in 2016, and have not been able to have any meaningful say on the biggest issue affecting their futures.”

FFS’s Head of Campaigns and Communications, Richard Brooks, replied to questions from The Boar for further comment:

The aforementioned unions argue that since “a significant number of (their) members were unable to vote in 2016, and have not been able to have any meaningful say on the biggest issue affecting their futures,” they deserve to express their opinions on the final deal. Do you accept the result of the referendum?

“We accept that there were legitimate grievances that led to a number of people across the UK narrowly voting to leave the EU. What we’re asking for is not a ‘second referendum’. In 2016, we were asked to vote against the reality of being an EU member versus the possibilities of leaving. The world is a different place to two years ago – 350 million pounds a week is not going to the NHS, we’re not receiving a rebate for public services from the EU (in fact, we’re paying 40 million pounds for the pleasure of having less power and influence) and the US Trade Deal we were promised will not happen under President Trump.”

Have Brexiteers kept their campaign promises?

“Simply put, no. Everything from funding to the NHS, to striking trade deals across the world has not happened. What is striking is not just the mistruths that were told about specific policy proposals on funding, immigration and the economy, but what wasn’t said. No one talked about the impact that leaving the European Union would have on peace in Northern Ireland or travel arrangements across Europe.”

Is Brexit for universities “a force for good”? If so, in what ways is this the case, and how might this benefit the University of Warwick?

“Brexit has already been damaging to UK students. For instance, a Warwick University student (who chose to remain anonymous) said: ‘The underlying racist and xenophobic narratives that facilitated the leave campaign were a damning manifestation of racial hatred within British society. I support FFS because calling for a People’s Vote on the Brexit Deal is a rejection of the racist scapegoating of migrants, and an opportunity to re-address racial tensions within our society. Students have historically held the rest of the country to account on issues of human rights, and we must do the same now when the lives and safety of black and brown people in the UK are threatened by the racialised Brexit narrative.’

“From research funding for UK universities (Erasmus Plus) to the future residency of EU students and staff – Brexit has led to nothing but uncertainty. For students across the UK, their future job prospects are at risk, and their livelihoods are undermined. That’s why the overwhelming majority of students and young people across the UK who supported remaining in the EU want a People’s Vote on the Brexit Deal.”

The Boar also contacted several societies on campus to find out their opinion, asking the same questions as above.

“We accept the result of the 2016 EU referendum and support party policy. We support remaining in the single market and customs union for the duration of the transition period and a comprehensive customs union afterwards. We oppose any hard-right Tory deal that will threaten jobs, seek to water down environmental protections, workers rights, migrants rights, or risk a hard border in Northern Ireland.

“Key right-wing Brexiteers claimed Brexit would mean ‘taking back control’ and £350m a week for the NHS, and wasn’t about anti-migrant politics. But it’s only a Labour government that will actually deliver these things, democratise British political and economic life, invest in the NHS and abandon the vicious anti-migrant policies of this government.

“International students at Warwick will be those most affected by Brexit and above all else we don’t want to see Brexit used a pretext for further anti-migrant policies and rhetoric. We’re fighting for an internationalist Labour Government which will guarantee the right of all EU nationals to remain, fight for migrants, dismantle the hostile environment, and welcome international students, ensuring they are treated with respect as students rather than as a source of revenue.”

Warwick University’s Conservative Association said: “As a broad society, we have many people on both sides, and we all want the government to get on with the job and deliver the best possible Brexit for Britain regardless of how we voted.”

“The Liberal Democrats acknowledge the referendum result and that it gave the government a mandate to start negotiations to leave. However we believe the people should be given the final say on the deal, with a choice to remain in the European Union. This referendum should include 16-17 year old’s, whose future will be irreversibly changed by Britain’s departure from the European Union. Young people are effectively being told that their voices do not matter, this is totally unacceptable. We believe that democracy didn’t stop the day after the referendum.

“The leave campaign was rife with fundamentally false claims both about what leaving the European Union would look like and the supposed benefits it would bring. We all remember the 350 million a week NHS promise and the idea that Turkey was going to join the EU. The reality of Brexit it now clear, the pound plummeting, slowed economic growth and the government borrowing billions to try and fill the gap.

“It is quickly becoming clear that Brexit’s impact on universities is a negative one. The Leave vote has already put existing schemes such as Erasmus in jeopardy, likewise it will affect British Universities ability to apply for EU funds on equal terms, the Liberal Democrats are campaigning against any reduction in investment for UK universities due to Brexit. Warwick University, nor will any other university benefit leaving the European Union. We must fight to keep university funding opportunities and defend EU students rights, while also giving students a right vote for an exit from Brexit.” 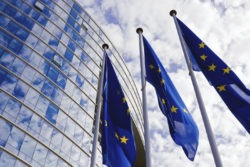