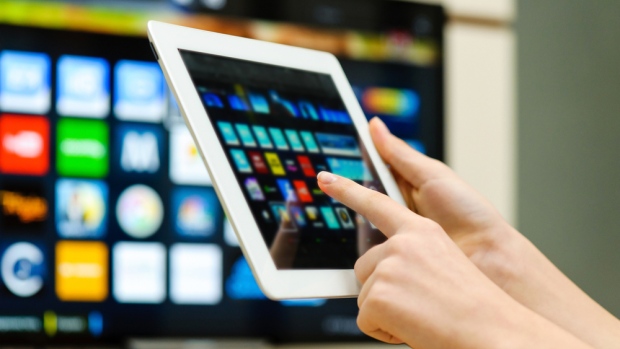 When it comes to the TV habits of students it’s hard not to think of all the memes and social media posts detailing how many shows on Netflix we can binge rather than doing our degree or revising for exams. This becomes especially apparent in Term 3 which can be framed as a race to see who can procrastinate the most vs who can actually spend a whole day revising. It seemingly doesn’t matter how crucial every deadline is or how many assessments bombard us daily – TV’s going to have a role and it varies enormously not only from person to person but also from what we view at home.

For me personally, watching TV at Uni has changed over the course of my three years quite a bit. In my first year, I didn’t have Netflix and didn’t watch all that much without a TV itself. Pretty much the only shows I can remember watching were Doctor Who because Iplayer wasn’t restricted at the time, and later in the year Game of Thrones Season 6 live with my friends at 2 am on Monday nights. Studying Film and Literature didn’t help as I had course mates who were devouring everything being released and having no restraint in saying how it was essential TV. It definitely ensured a Summer holiday spent very much on catch-up and, like many people I know, I managed to share someone else’s Netflix in the end. Rest in peace the days of actual DVD box sets.

Whenever the TV was on it almost certainly was playing Dave

Only in my second year, did my flatmates actually get a TV license which in retrospect wasn’t as important as most of the time we ended up mostly just watching shows on our laptops and only gathering to watch terrible movies on DVD. Whenever the TV was on it almost certainly was playing Dave, proving that the only TV we really wanted to see on an actual TV was old TV that was no longer on TV except for this one channel. This worked well for everyone, with Dave functioning as entertaining background noise that didn’t require emotional investment. Furthermore, while some of the bargain hunting could become addictive it wasn’t quite the level of a new Netflix show where forces beyond our control could compel us to not move and watch the next 13 episodes. It was safe and worked as comfort TV, the best kind to watch during term-time.

In my third year especially, which was mostly spent with streaming and the occasional Christmas present box set, certain shows have worked perfectly as something to watch just when needing something to comfort me during stressful times; Unbreakable Kimmy Schmidt and Brooklyn 99 especially work for that purpose as they are always cheery, upbeat and the latter contains enough episodes to last for weeks of steady study breaks.

No matter how stressful Uni life becomes TV can often work as much needed relief, and everyone will have varying shows that work for them. I know people who exist purely on a diet of RuPaul’s Drag Race between their revision sessions, others who decide on the fly to re-watch Friends or Doctor Who because they may not have time but they definitely have the will to get through all ten seasons of a show. And that’s all good unless it becomes the only thing we find worth doing in term-time. Between stressful terms it’s a good way to relax and banish a world that can become overcrowded, but in term-time as long as it’s in moderation, like anything else, it plays a needed role in getting us by and giving us something to talk about other than how badly revision’s going on any given day.

Given that we’re living in an age where mass amounts of TV content is cheaper than ever and of better quality than ever, TV’s going to continue to be a massive part of student life, whether we’re putting on old favourites, discovering gripping new dramas or just putting something on for the sake of having background noise. We all need to just sit back sometimes and enjoy.